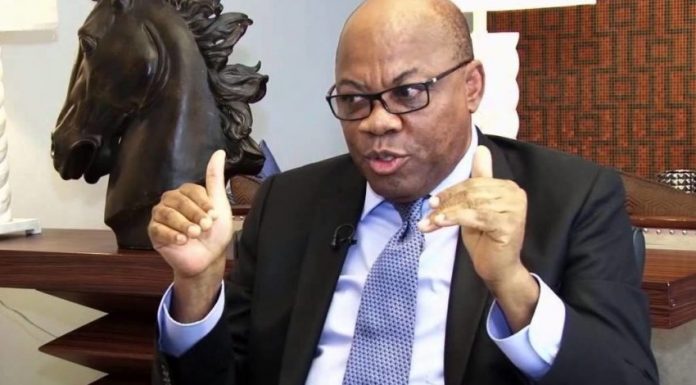 Agbakoba, in a letter to the legislators, said Buhari’s reason for withholding assent to the bill did not make any sense, as the amendment proposed by the bill were targeted at making the 2019 general election more credible with the use of card readers and electronic transmission of election results from the polling units.

The lawyer said the president’s claim that the Independent National Electoral Commission (INEC) was not prepared for the technological innovations proposed by the bill could not hold water, as INEC had, in the previous elections, partly used the card reader.

He stated that the 2015 elections were partly conducted by INEC using smart card readers, which the Supreme Court held were not allowed since it was not included in the Electoral Act 2010.

He said: “The 2015 elections were partly conducted by INEC using smart cards (card readers), but the Supreme Court held that smart cards are not allowed, not being included in the Electoral Act 2010.

The learned silk drew the attention of the lawmakers to the fact that there were a lot of controversies about the use of Incident Forms, as it enabled non-accredited persons to vote, questioning the credibility of the elections.

“Distinguished and honourable members of National Assembly will recall that there was a lot of controversy about the use of Incident Forms, as it enabled non-accredited persons to vote, questioning the credibility of the elections.

“In order to remove constraints that will impact the credibility of future elections, such as 2019, the Electoral Act 2010 was amended by the 2018 Bill, to formalise the legal basis of the smart cards which was already in use for elections by INEC anyway.

“It will be recalled that the Supreme Court declared the use of smart cards as contrary to the Electoral Act 2010, so the 2018 amendment is intended to give INEC a legal basis to use smart cards and electronic technology.

“The 2018 bill also introduced the extremely important procedure of transmitting results of votes from polling units by electronic means. Electronic transmission will remove rigging and enhance the credibility of the vote count.

“INEC says it is familiar with the amendments contained in the 2018 Electoral bill. INEC has used smart cards at all elections from 2015. INEC has submitted an election budget which provides for smart cards and transmission equipment.

“The president claims that part of the reason for withholding assent was that INEC will not have enough time to become familiar with the 2018 bill and that a new Act will generate confusion. This is simply incorrect and flies in the face of INEC’s announcement that it will not use Incident Forms or manual voting in 2019 elections. In other words, INEC is ready to deploy electronic technology for 2019 elections, and only requires that the Electoral Act provides a legal framework.

“The 2018 amendments will help to improve the credibility of our elections and also give legal basis for INEC to deploy electronic technology in 2019 elections, following doubts cast by the Supreme Court about the legality of the use of card readers because it was not provided in the old Electoral Act of 2010.

“Distinguished and honourable members of the National Assembly, are please, please urged to override Mr. President and enact 2018 Electoral Act.”