Home Columnist How dare you be you! – By Sam Omatseye 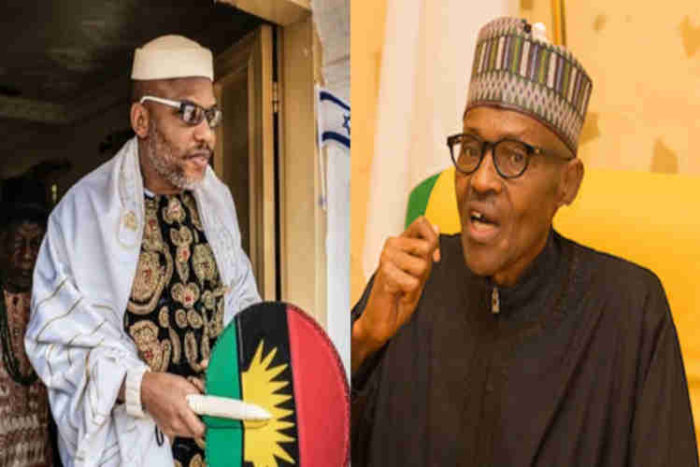 Not many want the ‘Buhari double’ saga to sag. Even now, some still believe it is all a ruse, and that Muhammadu Buhari is no more. We are in the era of el Sudan, and an impostor is on the throne. We have dressed the presidency in borrowed robes.

Not even his assertion, in faraway Poland, should suffice. It does not matter that the impostor story originates from an impostor, the ethnic entrepreneur and phony Biafran, Nnamdi Kanu. A fake in charge of an original. He is a mockery of the French writer Jean Cocteau that you have to “copy in order to be original.” After all, who better to fake an impostor story than an impostor himself, a past master of the art of deceit. Kanu did it to manoeuvre himself back into the dubious graces of his fans and gullible followers. But like all fakes, it will fade.

But why did the story develop such resonance, even among some ordinarily discerning folks. First, the mainstream media ceded the narrative to Soyinka’s millipedes of the internet. The story took on a virile momentum, and editors acted as though it was a quiet squirm in the sewer. The alternative media is teaching many gate keepers that they can no longer be smug about what makes news. Hence I wrote a column on the doppelganger story a few weeks ago to break the cold spell. While newspapers and television outlets froze, the social media fizzed. A schizophrenic reality.

The other point is that Buhari’s health story was not the first affliction in high places. Such illnesses have always been bungled by befogging the facts. When late president Umar Yar’adua took ill, the so-called cabal scrambled to concoct media miracles to bring the late president to health on the pages of the newspapers. They advanced apocryphal stories on the man’s well-being. When they didn’t, they kept silence over important details. They pushed reality from the hospital to the people’s imagination. Yar Adua was healthy if the public wanted him to be, or sick, or voiceless, or dead, or limping. In the public imagination, there were many apparitions of the late president. Each story had its own integrity, its source, its doctor’s report, its picture, its sound. You chose your own.

It was not limited to him. Three governors of that era had illnesses of the public imagination. Chime of Enugu State, Imoke of Cross River State and Suntai of Taraba State. Like Yar Adua, they were hospitalised abroad, and the Nigerian masses became concocters of medical fairy tales. When Buhari took ill, facts also became victim of the febrile fancy. Most people did not know what was wrong, and neither the presidency nor his close aides were forthcoming on his diagnoses or prognoses. Again, fantasy upended facts.

So when Kanu wove the story that he was dead and therefore a double, it played into the pattern of past fiction. The thoughts of those who believed he was dead or dying had only to be born again. So when columnist Olatunji Dare penned a satire, a cleric fell for it and read it as a straightforward piece. Dare, famed for his satirical missiles, had to issue a clarification. For those who have digested his writings over decades, it was no mystery.

Yet, the fact that we have in the past been left in the dark about our leaders’ affliction is no excuse not to examine the facts before making conclusion. As I noted in the past, many wise and discerning persons did not ask enough questions. Who was Sudan, where did he come from? How could the vice president and everyone in the cabinet be so blackmailed? When Franklin Roosevelt was president, he was a cripple and led the world against Hitler and tyranny. But most Americans did not know. But his illness was no scandal, and those who saw him in the pre-television era knew about his affliction but the media was quiet.

But in the day of social media, such conspiracies of silence cannot hold. If Sudan were real, then we all would know if we wanted. But we cannot deny that if Buhari had been transparent on his health when he was in London, his Poland denial would have been unnecessary. It is a lesson in media and communications.

The third reason why the story took a power of its own is the human fascination with ‘the other’ since the origin of time. Even prominent leaders, especially tyrants, have been known to have doubles. Hitler had his, so did Franco, Mussolini. Recently, Saddam Hussein and Gaddafi reputedly had their own doppelgangers. Yet, when it came to it, no serious enemies fell for the doubles. They have often been an amusing spectacle in history. Hitler had many close shaves, including a bomb that went off on his conference table. His double operated with ease, but not the real person. The point is, doubles are imperfect. They cannot replicate the original fully.

In fiction, they have often come as psychological tales. In the novel titled Despair, prose spirit Vladimir Nabokov weaves a story of a person who commits murder because he thinks his lookalike would be arrested. But the person is a look-alike only in his eyes. Other writers have looked at it, including Robert Louis Stevenson in Dr Jekyll and Mr. Hyde. Or in two great works of Oscar Wilde, his novel The Portrait of Dorian Gray. In his play, The Importance of Being Ernest, the name Ernest is not his real name, like Sudan.

The idea of the doppelganger originated in German folklore, and it taps into age-long obsession with the double, including the idea of the alter ego. We have had the Cain and Abel story as well as the Chinese yin and yang. The other is often associated with bad or evil, like Frankenstein or Dracula. Wilde’s Ernest wanted his double to be free and sensual. “Hell is other people,” said Jean Paul Sartre. Hence some who believed and propounded the Buhari double thought it was a way to nail him and his image. Buhari was probably right that they wanted him dead. But I don’t believe everyone who believed in the double had such intention. The evil was also planted by lack of communication when he was ill. Psychologist Otto Rank, however, thinks it is a human way of coping with death. If we create a double, like the soul, we live forever.

The fourth reason for the story’s power was political. Buhari returned with so much fervour and physical well-being. His strides, his strength of voice, his body language. So some believe it was more than a miracle that such a weak man should transform to such a sprightly state. His political enemies who visited him in the few days before he returned home saw him, and knew it was him. A word or two from them could have quelled it. It paid them for a Kanu and his men to stoke the false fire. And they felt warmed by the heat. So, his foes may be wondering in their minds and saying to the president, “how dare you be you!”