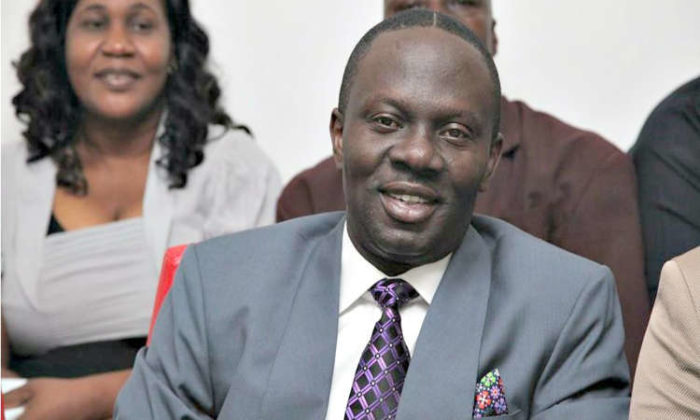 I am yet to reconcile the relationship between anti-corruption, good governance and extreme poverty rating of the President Muhammadu Buhari government. It is not that I lack the intuition to understand the rubrics of anti-corruption, I am just wondering why poverty has hit the roof top under a government that preaches anti-corruption with so much funds repatriated to the coffers of government.

What anticorruption studies teach us is that, corruption takes away public funds into the hands of few individuals thus denying the people the opportunity to utilize such funds for the overall good of the people. In countries where corruption has become endemic, the public suffers a lot of deprivations and want because resources that ought to be for the people are either misappropriated or stolen by few persons to the detriment of all. In President Buhari’s own anti-corruption crusade, hunger and deprivations have become the visible signs and symptoms.

Even when government was touted to have recovered so much from the anti-corruption crusade, the government has borrowed more money within a three-year window than any government before it. Not that alone, while the people are supposed to be feeling the positive impact of the yields of anti-corruption, they are feeling the toughest of times with extreme poverty and deprivations becoming our collective lot.

The recovered monies ought to ordinarily be reinvested into programmes that would have direct and indirect impact on the people, but despite government’s social welfare programmes, part of these recovered monies have been re-looted. A lot of the expenditure cannot easily be traced. Figures of beneficiaries are not specific.

While the Buhari Campaign Organisation’s spokesman, Mr. Festus Keyamo could not ascertain the exact figure, the figures being bandied by presidency shuttles between 300,000 and 500,000 towards a final destination of two million. What could be the rationale for the extreme poverty that has become our rating in the world? How can we be getting more recoveries yet remain the capital of poverty in the world? What is happening to such recovered monies? How are they being applied? Why the opaqueness about the transactions hovering around the recovered loot? Where is the $43 million Ikoyi apartment recovery? Where is the $323 million Abacha recovered loot?

Why do we still have bad roads across the country? Why is the health sector still as primitive? Why has the education sector remained so backward and decayed? Why do we have so many strikes due to failed promises and agreements? When are we going to ever invest at least 20% of our budget in our education system? What’s our policy on education? What’s our curricula? Do they meet the needs of the present modern age? Too many questions begging for answers in a regime where anti-corruption is deceptively patronised as the only item on the menu list.

If you recover stolen and lost funds, the expectation would be to reflate the economy with your gains to cushion the effect which the stolen fund had created ab initio. When the reverse becomes the case, we have more questions to answer than meets the eye. Functional systems with zero-tolerance to corruption help create opportunities for the citizenry in terms of employment, entrepreneurship and craftsmanship. Because the system is working, every other thing falls in place. In the case of President Buhari’s anticorruption drive, political opponents are chiefly harassed and probed while those who support the president’s re-election are treated with kid gloves.

Often times, we see them on the corridors of Aso Villa on special pilgrimage to the number one citizen of the Federal Republic of Nigeria to pledge their loyalty and support. The level of extreme poverty and economic deprivations in the country today is not justifiable. Even though this is a cummulation of several factors that predated this administration, the current government has not shown enough creativity to chart a road map out of the present morass. Chasing business men here and there in the name of searching for illicit funds kills productivity. People with genuine resources are afraid of investing in the country. Rather than sustain existing businesses, a lot of them are closing shops and migrating to other economies to drive their businesses.

For an anti-corruption initiative to gain traction, the people must see the overall gain in it. They must collectively and individually buy into it. Once there is selectivity in the way and manner the accused are treated, it will rub off the whole essence of the fight in the first place. From the narratives so far, what the people are saying tells of the negative perception of anti-corruption crusade: “during corruption, we dey feed well, why e be say na during anti-corruption we come dey suffer?” Big question.

Why should people suffer under an anti-corruption government when there should be surplus to deal with for all? Can we in all honesty say there is no corruption under the Buhari administration? Can we say in all fairness that his party did not corruptly return candidates to fly the party’s flag in the different categories of elections? What did the president do in such situations; maintain some conspiratorial silence or direct that the proper thing be done? Can we truly say that those primaries we saw were a true reflection of the wishes and aspirations of the party members be it direct or indirect process of primary? If we corruptly recruit candidates, are we doing so because we are desirous to recruit anticorruption czars or we are just deceiving ourselves? Who are the anti-corruption crusaders in President Buhari’s government?

Is it Abba Kyari, Boss Mustapha, Hadi Sirika or Babachir Lawal? Is it Professor Yussuf of the National Health Insurance Scheme or AbdulRasheed Maina of the Pension fame? Who are his first eleven in the combat against corruption? Is it the Attorney General of the Federation and the Minister of Justice, or Professor Yemi Osibanjo, the eloquent Vice President of the Federal Republic of Nigeria who is presently being accused by the House of Representatives of giving phoney approvals of monies that should be in the Consolidated Revenue Fund? Where are the change agents and the anti-corruption crusaders of the Buhari administration?

Is it the Communications Minister who is still serving in the cabinet having accepted that he never served in the National Youths Service Corps scheme or Kemi Adeosun who resigned in ridiculous circumstances over claims of a forged NYSC discharge certificate? Is it President Buhari himself that can score for a true anti-corruption czar? How do you locate his certificate issue? What do you call the whole corruption surrounding the certificate saga of President Buhari, all the contradictions and double speak and blame game? Is that a good model for anti-corruption crusade in a government that sees everybody but itself as thieves? What does the certificate saga say about the touted integrity of Mr. President? Does he have any morality to accuse people of corruption again when he hasn’t come clean about his own certificate under oath? How can a president descend to the level of showcasing officials of WAEC in a photo parade to display a mere attestation as though he had just won Olympic Gold medal? Why have we cheapened the candour and glamour and grandeur of the highest office in the land in a 21st century world? Does WAEC bring attestation to people in their homes or individuals go to WAEC to collect their result or attestation? I met a friend last two weeks ago in Freetown, and the first salvo he fired at me was about the president’s certificate. “Is it true that your president has seen his certificate or is he still searching for it?” Not letting me to give a response, he added a poser:

“how can a country of 180 million people be parading a president without a certificate?” My friend wasn’t expecting any response from me, seeing my visible anger at his derision, deservedly so, but I gave a verdict that remains as tall as mountain Kilimanjaro. “The president is an honest man. He will soon resign to prove doubting Thomases wrong that he actually means honesty and integrity.”

He got himself into a gale of laughter, with a look of scorn; “awww, resignation is not part of us in Africa. Your president is just another African. He’s not different. Let him keep his integrity at home and show you people his certificate.

That way, his integrity would sell.” That’s a huge moral lesson for President Buhari and his handlers. As for now, corruption is actually fighting corruption. No sinners. No saints.