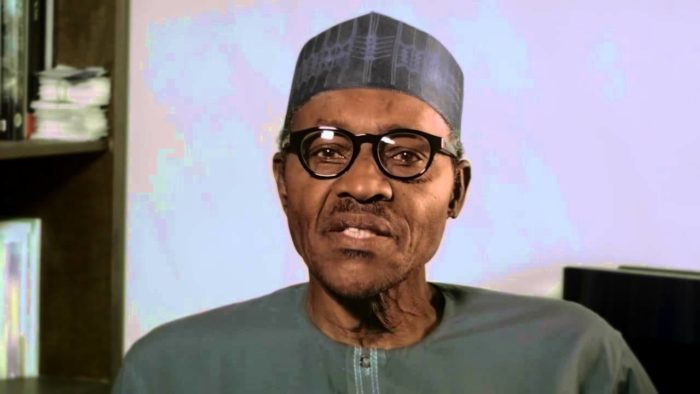 The diversion details are coming amidst revelations from accusations the Nigerian National Petroleum Corporation (NNPC) has a $3.5 billion subsidy fund it is spending without appropriation by the National Assembly.

In October, a motion by Biodun Olujimi, (Ekiti-PDP) had triggered debates in the National Assembly on the purported $3.5 billion fund alleged to be managed by the state oil company.

But the NNPC said it had no such fund in its custody. Rather, it said it has a $1.05 billion fund it is using to stabilise petrol supply and distribution in the country.

While the NNPC, through its spokesperson, Ndu Ughamadu, initially claimed the corporation sourced the fund from an ‘international agency’, Maikanti Baru, NNPC group managing director, admitted last week that the money was sourced from the NLNG dividend fund.

Documents in the possession of this newspaper have now shown that the fund was sourced at the height of the fuel scarcity crisis between last December and January and was secretly diverted into payments on petrol supply and distribution.

The funds came from dividends paid to the federal government by the Nigeria Liquefied Natural Gas (NLNG) company, a firm in which the government owns 49 percent equity.

The Nigerian government is represented in the NLNG shareholding arrangement by the NNPC with 49 percent stake. Other shareholders are Shell (25.6 percent), Total (15 percent) and Eni (10.4 percent).

Dividends from the gas firm are meant to be shared by the federal, state and local governments of Nigeria. The funds are supposed to be paid into the Consolidated Revenue Fund of the Federation rather than spent unilaterally by any tier of government.

But PREMIUM TIMES has now confirmed that the President Muhammadu Buhari-led federal government unilaterally — without required consultation with states and the national assembly– tampered with the NLNG funds. That was also done without the mandatory appropriation by the National Assembly.

Lawmakers say by his action, President Buhari has violated the nation’s appropriation law, and has therefore committed impeachable offences.

The administration has for years paid huge amounts as fuel subsidy (despite increasing the pump price of fuel), while denying making such payments. Federal lawmakers said the payments were surreptitiously and illegally done and have demanded investigation.

The lawmakers say spending on fuel subsidy or related spending without the approval of the National Assembly is extra budgetary and illegal.

Besides, the lawmakers said they were worried about the transparency of the arrangement, as only the group managing director of The NNPC, Maikanti Baru, and the corporation’s chief financial officer in charge of Finance & Accounts, Isiaka Abdulrazaq, were managing the secret funds without appropriation.

But the NNPC said through Mr Ughamadu that what was in existence was a $1.05 billion “revolving fund”, which was adopted by the NNPC as a strategy to comply with the directive by the National Assembly to find all ways possible to resolve the fuel supply crisis in the country late last year.

He claimed the fund, dubbed the National Fuel Support Fund, is jointly managed by the NNPC, the Central Bank of Nigeria, the Federal Ministry of Finance, the Petroleum Products Pricing Regulatory Agency, the Office of the Accountant General of the Federation, the Department of Petroleum Resources and the Petroleum Equalization Fund.

On the source of funds, Mr Ughamadu claimed the agencies jointly sourced the money from an unnamed “international agency”.

But contrary to his claims, documents seen by this newspaper confirmed Mr Baru’s position that the source of the fund was the NLNG dividend account controlled by the corporation.

In a memo dated January 19, addressed to Mr Buhari, the NNPC GMD, Mr Baru, raised concerns over the depletion in the nation’s strategic fuel reserve.

This, he said, was occasioned by massive diversion and hoarding which manifested in the fuel crisis of last year.

To arrest the situation, he said there was need to access the NLNG dividend fund to purchase the required petrol volume to flush supply and boost strategic reserve.

Mr Baru also complained about the daily consumption of petrol, put at 35 million litres per day at the time, which was becoming problematic for the NNPC to manage after oil marketing companies stopped importing the products.

“At the current depletion rate, there is the possibility that the available PMS stock that hovers between 18 to 15 days sufficiency will be depleted by the second week of February 2018 to dangerously low levels if no flush funds are secured,” the memo read. “This may adversely impact the current situation and could lead to social unrest.”

The memo also advised Mr Buhari on the need to fix the Jebba-Mokwa road to ease distribution of petroleum products, engage the State Security Service in the monitoring of depots selling above NNPC approved prices, among other concerns.

The GMD addressed concerns raised by the president in a previous communication by explaining that by the status of NNPC’s balance sheet and its free cash position, the corporation would not be able to use its funds to import petrol.

He also explained how the government’s financing obligations limited the ability of the corporation to supply 13 cargoes of petrol, being what was needed for national consumption in the absence of private marketers.

He suggested also that the NNPC be allowed access to foreign exchange at the appropriate rate corresponding to supply of petrol that will ensure stability in price.

The letter concluded by advising the president that NNPC did not have the cash flow to finance petrol importation that would meet immediate requirement of flush volumes and strategic reserve replenishment. Mr Baru advised the injection of 42 cargoes of petrol between January and April to flush supply.

“There is dire need to arrest the erosion of PMS sufficiency with he injection of flush volumes immediately,” Mr Baru said in the memo. “In view of the foregoing, Your Excellency may kindly reconsider and approve our request to utilize $1.05 billion to finance the 42 PMS cargoes as contained in our letter to you dated 8th January, on the subject matter.”

In a separate memo, also dated January 19, the NNPC intimated the president on what it had done to deal with the fuel challenge while also advising the president to quickly approve its request for flush fund.

Details of Mr Baru’s memos to the president were regurgitated when the NNPC chief appeared before an ad hoc committee of the Senate on the alleged application of $3.5 billion dollars by the NNPC last week.

Speaking at the hearing, Mr Baru claimed that the NNPC’s action to source funds to address PMS supply concerns was triggered by the directive of the senate at the height of the fuel scarcity crisis that the corporation must do all it could to address the scarcity problems. He added that it was also because there has been no provision for subsidy in the budget since 2016.

“This necessitated actions from government and of course in line with the federal government directive which of course was equally endorsed by this distinguished national assembly when during the hearing on the 24th of January 2018 on the fuel crisis, the joint committees of the national assembly directed us and I quote: ‘NNPC should do all it takes to flush the queue and restore normalcy and maintain the minimum of 30 days sufficiency’,” Mr Baru said in his submission. “For us to do that, we took certain actions, Mr Chairman.”

The senator said although the state oil company indicated it was setting up a revolving fund to deal with the problem, the corporation did not indicate how it planned to source the fund.

Another highly placed source in the National Assembly confirmed to PREMIUM TIMES Sunday that lawmakers never authorised the NNPC to embark on illegal remedial activities devoid of appropriation.

The source, who declined to be named because he was not authorised to speak on the matter, said the National Assembly was looking into the arrangement because it was not aware of its existence.

Again, it is now clear state governments were not intimated of the transaction. The NLNG shares belong to the Nigerian federation and the three tiers should share in the dividends.

The Chairman of the Nigeria Governors’ Forum (NGF), Abdulaziz Yari, said his Forum became aware of the utilisation of the fund after the fact.

“We are now trying to reconcile the balance sheet with the NNPC,” Mr Yari, who is also Zamfara governor, told PREMIUM TIMES. “We want to determine what has happened to the $1.05billion revolving fund and the situation with the entire NLNG dividend fund.”

Mr Baru in his submission at the Senate hearing said the $1.05 billion is being administered by a steering committee which is the central approving body and a working committee that is looking at the daily operations of the fund.

“So the fund that we exercise from the Nigerian NLNG fund is being administered, transferred with laid down processes and governance and every cargo that is imported under this programme has gone through a proper checking process through which the most competitive supplier is selected.”

But a January 31 memo seen by this newspaper indicated the fund was being unilaterally controlled by the NNPC rather than by any steering committee.

In the memo, Mele Kyari, the NNPC group general manager in charge of crude oil marketing department, was seen advising the GMD on huge fund transaction and seeking approval to process invoices on flush volume cargoes.

For long, the government has refused to come clean over the payment as the arrangement, considered illegal and unappropriated, has been shrouded in secrecy.

Last December, Vice President Yemi Osinbajo raised concerns among stakeholders when he said the NNPC and not the Federal government was paying for oil subsidy.

With this revelation, it is now clear the NNPC received the NLNG dividend fund and has continued to use it for fuel supply, as confirmed by Messrs Baru and Ughamadu.

Presidential spokesperson, Garba Shehu, did not answer multiple telephone calls and text message seeking his comment for his story. Mr Ughamadu too did not respond to messages sent to him.