Home Columnist What if a senator earns a teacher’s pay? – By Dare Babarinsa 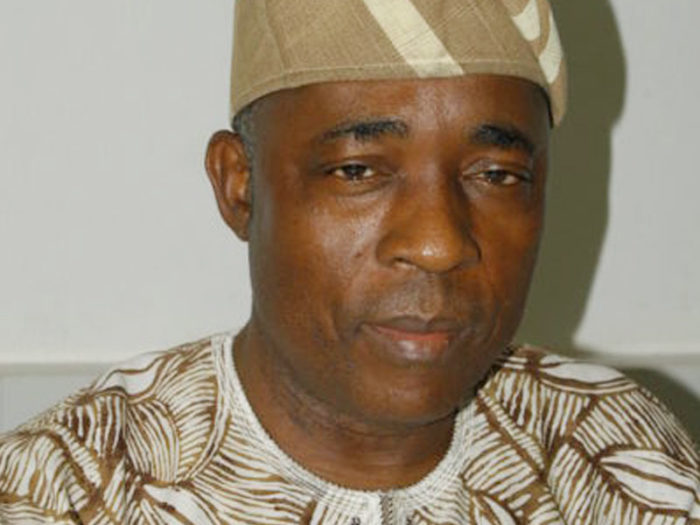 One passion that is difficult to explain is patriotism. However some have described it to mean the love of country.

So what is the love of your neighbour as the Lord Jesus Christ has impressed on us? May be that is love.

Love makes the world go round. But then the love of country beckons to us.

Patriotism is defined by the career of Horatius, the captain of the Gate made famous by the poet, Thomas Babington Macaulay.

When Horatius and his men were confronted by the invading hordes bent on the destruction of the ancient city, the warrior and his soldiers stood firm at the city gate, ready to pay the supreme price.

Horatius harangued his troops thus: “To everyman upon this earth death cometh soon or late. And how can a man die better than facing fearful odds, for the ashes of his fathers and the temples of his gods?”

Yes, many men and women have died for the love of country and fatherland. However things get complicated when it is the state that is after you.

We have seen the lot of Jamal Khashoggi, the influential Saudi exile and Washington Post columnist, who was assassinated by his own country and his own government.

We may never know how many millions of dollars was expended on the Khashoggi project by those in charge of brutal power in Saudi Arabia, who believed because of that, they have the power of life and death over their fellow citizens?

We have passed through that phase before when the ruler of Nigeria had an official Assassination Squad.

Kabiyesi, Oba Lamidi Olayiwola Adeyemi, the Alaafin of Oyo, must have been a project to some officials of the General Sani Abacha regime in 1998. Unlike Khashoggi, Kabiyesi survived to tell part of the story.

He had travelled to London via Yaunde, on a private visit. As was his wont, he travelled with a small entourage and when the plane landed at the London airport, His Majesty was asked to step aside. Some incriminating substance were said to have been found in his luggage.

But then the British officials were curious why was this not found in Lagos or Yaunde? They reached the conclusion that the substance must have been planted by Lagos to implicate the monarch.

More so, it was Lagos that alerted London that Kabiyesi’s luggage be searched.

I had accompanied Chief Bola Ige on a visit to Kabiyesi to commiserate with him on this embarrassment.

Kabiyesi was in a morose mood, talking softly about the Abacha regime that was after silencing every voice of the opposition.

At that time, the regime was working to corral all leading traditional ruler to the self-perpetuation project of the regime.

The Alaafin was one of the few traditional rulers bold enough to publicly oppose the open agenda of General Abacha.

It was a dangerous position and Abacha was ready to extract his pound of flesh. Chief Ige had a lot of respect for Baba Alaafin and he believed he needed our solidarity.

Abacha did a lot to embarrass traditional rulers who would not dance to his music. In that mission, there were no sacred cows. He ensured that Alhaji Ibrahim Dasuki, the Sultan of Sokoto was deposed.

In the aftermath of the so-called coup of 1977 after General Oladipo Diya, the Chief of General Staff and many top military officers were arrested; Abacha summoned leading traditional rulers to the Aso Rock villa.

At the end of the briefing, His Majesty, Oba Sikiru Adetona, the Awujale of Ijebuland and paramount ruler of Diya’s home base, was handed over a written statement. Kabiyesi was asked to read it to the waiting press corps.

The Awujale, one of the longest reigning traditional rulers in Nigeria, a man noted for his perspicacity and courage, perused the statement and declined.

“I am not here with my reading glasses,” he told Abacha, his face expressionless. He survived the encounter. Adeyemi also survived the Abacha era, but with a little scar.

Since he ascended the throne in 1971, the Alaafin had experience fair and foul weathers. He has met both with courage and dignity.

The Alaafin’s throne has consequences beyond Oyo for his ancestors built the largest empire in Yoruba history.

Though now the empire is gone, Kabiyesi Adeyemi has maintained the halo of ancient majesty and the dignity and reverence expected of his job.

On the pan-Yoruba stage, he has projected the importance of his office and its relevance to Nigeria.

However, it is the citizen of Oyo town that can fully evaluate the impact of Kabiyesi’s long and eventful reign in the new city that became the capital of Oyo in the aftermath of the Yoruba Civil War of the 19th Century.

It is remarkable however that his subjects and other well-wishers rolled out the drums to mark Baba’s 80th birthday last week. Adeyemi’s reign has been signposted by significant developments.

Today, Oyo is home to two private universities, though public supply of electricity seems to have fled the town.