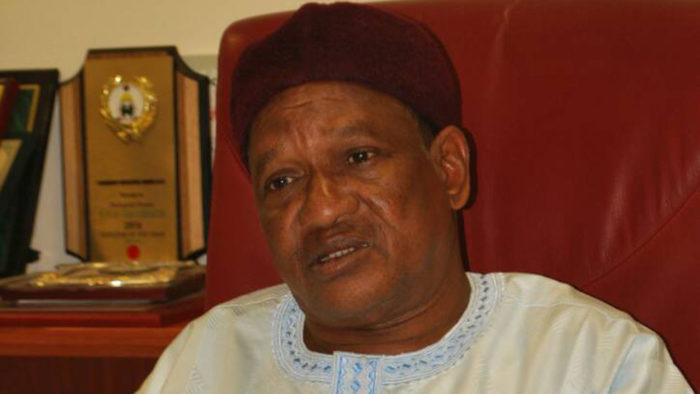 The distinguished three-term senator and former governor of Yobe State  has just tasted what has been the undeserved lot of our patriotic and honest politicians, who are always being “misquoted” or “quoted out of context” or “misrepresented” or “lied against”.

Who else but those unscrupulous fellows who hide under various shadowy nomenclatures, such as public affairs analysts, social critics, rights activists, commentators  and  others to lash selfless  people who have chosen to serve us all, putting their personal comfort at great risk.

At the presentation of his book, “Poorlitics” in Abuja, Ibrahim was quoted as saying that the All Progressives Congress (APC) could lose next year’s elections in the Northeast for poor performance. “Things have not changed and many things are getting worse and the people are bitter. We should not assume that we can win, even with massive rigging,” he is reported to have said.

“The economy has gone down because of our action and inaction and we are blaming the past too much rather than solving the present problems. I am going to give a dire warning. Let the Northeast not be taken for granted that we must support APC.”

He warned that if APC failed to do the right thing, the Northeast would have no option but to vote for any of the other candidates, including Atiku Abubakar, who is from the Northeast state of Adamawa, and is flying the flag of the PDP. “I still reserve the capacity to ask my people to go our separate way,” Ibrahim threatened.

The next day’s dailies were screaming: “Buhari faces imminent defeat in Northeast”; “Buhari risks defeat…”; “Rigging won’t make APC win in 2019″ ; “We may not beat PDP even with rigging”; and more.

The senator came under attack. Understandably so.  He was savaged by Buhari’s supporters as an ingrate for lampooning in public a government that, according to his traducers, has been so good to him. Some said he had been a senator thrice after being a governor twice and his wife is a minister. What else does he want?

Others, who are obviously his bitter political rivals, said: Is Bukar Ibrahim now a critic? Is he broke? Is this what losing a ticket to return to the Senate for the fourth time can do to a decent man? Isn’t this ingratitude? Is he not part of the Senate that has behaved as if it was set up to eviscerate the Executive? What is his evidence for his bleak prognosis? How objective?

These, I am glad to report, are some of the charitable views of the moderate critics of the senator’s innocent views. The others went overboard, alluding to extraneous and stale matters.

Ibrahim fought back. He said he never said all those things being ascribed to him and that he remained a Buhari man for life. Were his traducers convinced? No. Not all. In fact, they seemed to have been more energised by his denial.

Suddenly, the forgotten matter of the distinguished senator seen apparently frolicking with two women in an unnamed hotel was excavated. Nigerians love salacious stories, especially when such stories have to do with some prominent person’s perceived concupiscence or sexual infidelity. Now, they are all talking about that video, laughing and yelling excitedly. This being a family newspaper, I won’t go into the details of the short video. Neither will I talk about the various lewd remarks it generated. Definitely, not the stuff for reading at breakfast.

They called Ibrahim names. A strictly private matter conceived in the inner recess of an unknown hotel became the subject of a case before a jury; talk about the mob as a jury. They slandered him. Even those believed to be unworthy critics were eager to cast the first stone.

Why should a man who has three wives be found with two women at a time? Sexual perversion? they asked. Avarice? Where did he get the energy from? Who filmed the show? Who are these women? Are they single or married? Don’t they have shame? Are they professionals? Will Ibrahim’s wives forgive him?

The whole thing was not really clear, as in all matters involving politicians. These, at any rate, are the questions many were asking. It is, however, to be noted that Ibrahim did not lift a finger against the purveyors of the scandalous rumour. He simply dismissed it all as pure envy by a jobless lot. “These are two consenting adults; I didn’t force them. So, why the noise? Are the women complaining?” he was quoted as saying.

Needless to say, that was the end of the matter. The distraction over, the senator returned to his job – making laws for the wellbeing of the society. So much for a much misunderstood senator.

Details of the information filed at the Independent National Electoral Commission (INEC) by presidential aspirants – we have an army of them-  have sparked a huge debate. Atiku, whom nobody has ever accused of lying – they say he is corrupt, without any proof whatsoever – has been fending off attacks over his income and tax returns. He says he earned N60. 2m in three years and paid N10.8m tax.

The popular thinking is that Atiku, with his famed wealth, should have earned more than N60.2m and paid more than N10.8m tax. His supporters have risen to his defence. They accuse his opponents of trying to set the taxman after the PDP candidate, force him to turn in the cash that would have gone  into his campaign funds, leave him almost totally bare financially and render him vulnerable to a rout by his opponents.

Some say his personal earnings should be separated from his companies’ haul. Others insist that since he is threatening to fight corruption if voted in, he must come clean on his earnings. Otherwise, say the critics, what will he say when corruption fights back as it does nowadays? They say his American University enlists only students whose parents can shell out a fortune as fees, listing his other ventures.

Yet, there are those who think sincerely that Atiku need not bother about all this, their logic being that should he disclose his real and verifiable earnings, many of those poor people he has been helping would faint. Some sense, I dare say.

Instead of explaining the income and tax matter, Atiku’s supporters have latched onto the old issue of the President’s academic papers. Buhari insists the papers are with the military. Instead of just strolling down the road into the Defence Headquarters in Abuja to demand that the papers be released for public viewing, they say the President should be disqualified. Is INEC complaining?

Oby Ezekwesili has been threatening to win the presidential race. The candidate of the Allied Congress Party of Nigeria (ACPN) has confounded her strategists with an open disclosure of how she would win. She says she will leverage on her being the most qualified of the scores of candidates eyeing the trophy. She describes APC and PDP as “Siamese twins of failure and destruction”.

Nobody, besides those who advise her to note that politics is different from activism and those claiming that she was part of the PDP’s rapacious years, has bothered to reply the former minister. Isn’t the co-convener of the #BringBackOurGirls  a serious contender who should not just be ignored?