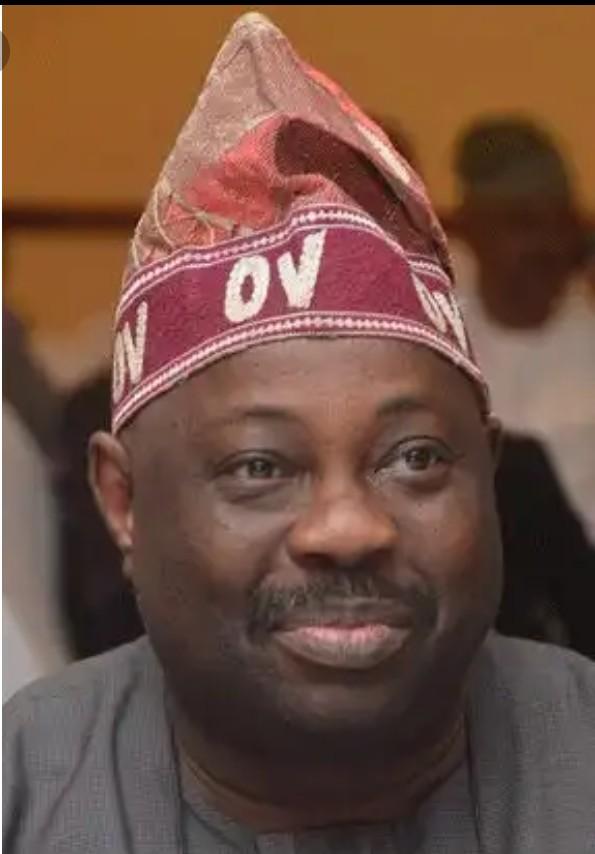 Fellow Nigerians, if you are not yet on any social media platform, or you are one of those still doubting the efficacy of the new revolution in town, you are certainly on a long thing, to borrow one of those popular slangs of today’s youths. I often smile when I see myopic people who dismiss the social media phenomenon as nothing but a fad that is not as influential as many of us try to put it. Truth is, you can only ignore this twenty-first century wonder at your own peril. I know some politicians deluding themselves that the masses are not on social media and my response is they know not what they are saying. The penetration level of social media has certainly quadrupled since the General Elections of 2015. And it has continued to gallivant geometrically upward since then. News has become so instant such that woe betide any media organisation that has not embraced it, or upgraded its operations, to catch up with this most modern of trends.
I stumbled on social media initially as a form of entertainment in the last decade. I think my romance started with Facebook. I saw it as a veritable means of linking up with friends globally. The process was slow but steady. But we enjoyed what started in form of an elitist recreational tool but snowballed before our very eyes into a supersonic means of modern communications. Today, I’m able to easily and quickly connect with members of my families and friends, even in the remotest of villages. Social media is no longer for the bourgeois gang but for all and sundry. It has been spreading like bushfire in harmattan.
Social media became serious business for me when I decided to run for the highest office in our dear beloved country Nigeria in the year of our Lord 2011.   My team in Nigeria and the United States, led by Ohimai Godwin Amaize, the Campaign Manager, and Bamikole Omishore, who coordinated our American operations were already social media aficionados! I was persuaded and coerced by both of them to accept the inevitability of social media as a powerful tool in political campaigns. What was more, we had by then studied the works of David Plouffe and David Axelrod, the brains behind Barack Obama’s monumental campaign and wished, or hoped, to replicate same in Nigeria.

We wanted as much of a clean break with the past era of political thuggery as possible. We didn’t even think we should join any of the big parties in existence. We wanted to associate mainly with ideologically conducive parties, the reason I approached, and joined, the Labour Party, thinking we could galvanise the long-suffering workers of Nigeria into action and activism. We soon hit a brick-wall and ended up in a cul de sac. We retreated in earnest and meandered our way to the National Conscience Party, a platform that had such a reputable friend of the poor, Chief Gani Fawehinmi, as a progenitor and forerunner. But it seemed we were too idealistic and certainly ahead of our time. The position we found ourselves sadly remains the same today.

While I do not wish to discourage or kill the enthusiasm of my legion of younger friends now in next year’s Presidential race, but I must tell them the gospel truth, and nothing but the truth. Nigeria is not yet ripe for the true and genuine hope and brilliant promise they can offer our troubled, and troublesome, country. I couldn’t believe, or imagine, the reaction, and attitude of the same grumblers, who saw nothing good in any of our leaders, to our exceptionally innovative campaign. We had no funds, but we had amazing guts and took on the Lions of our tough nation with bare hands. They showed us what we didn’t know. The experience was surreal. The young people who should appreciate, and applaud, our audacity, chose to tease, and diss, us endlessly. But we gained something, against all odds.

Infolinks Embraces Emerging Publishers
Provides advertising income to emerging websites
By January 2012, when the fuel subsidy controversy broke out, my team had moved my Twitter account admirably to about 13,000 followers. Not many politicians were visible on social media at that time. At a point, I was certainly amongst the top five, with Nasir El Rufai and Babatunde Fashola ahead. In those days, we grew our accounts organically unlike these days when with handsome money in the pocket, you can buy followership. I’m proud to say we never did and we still don’t. We engaged our followers directly and decorously. It was at this stage I decided to take over my account personally.

The moment I encountered Twitter, I was soon on a journey to addiction. My success came through my literary background in Yoruba oral and written literature and English language and literature. It is such an uncommon combination that had already launched and propelled me on an exciting journalistic excursion into worlds I had hitherto dreamt about. Unlike Facebook and Instagram, you need some sufficient, if not substantial, understanding of the use of English language and expression, logic and intellect to operate effectively on Twitter. Twitter easily and readily exposes illiterates, dim-wits, half-wits and nit-wits, many of whom now swam the cyberspace in droves as trolls. Nevertheless, you cannot even ignore these category of people because they have their followership and can do great damage to reputations and careers.

To grow astronomically on social media, you must maintain your presence constantly and feed your followers the food of life regularly. You must possess the gift of tolerance and forbearance. You will receive insults from all manner of ill-mannered and manner-less people who hide behind computers and smartphones to haul diatribes, invectives and vitriol at those old enough to be their parents. Many of them are so uninformed or ill-informed, or both, but come and charge at you as all-knowing, and what is worse, without control. I have been at the receiving end at the slightest provocation, for something as insignificant as doing my professional job by interviewing someone they despise and don’t want to see on your page. They forget that freedom of expression is a two-way street and that rational people know that it is always better to hear the other side, no matter how we feel about what they may have to say. Justice always demands that the principle of fair hearing should be a cardinal principle that journalists, judges and all fair-minded individuals embrace.

My all-time baptism of fire was when I supported Major General Muhammadu Buhari as APC Presidential candidate in the 2015 Presidential elections. The PDP supporters on the Internet immediately saw me as THE enemy. In all honesty, and in retrospect, those guys were brutal, but they still argued with some sense and facts. Somehow, we managed ourselves to the end. It was a game of tit for tat. But things have changed now for the worse. Tolerance has been thrown out of the windows and the worst forms of division, hatred and downright bestiality have taken over. Before you finish pronouncing the name Buhari, some trolls would have pounced on you, even if they are yet to hear you out.
It is already assumed that you are about to attack their idol and object of worship. It is that simple. You are likely to trigger a third world war if you do not accept Buhari as your Lord and Saviour. Many distinguished people have been successfully bullied off social media lest they incur the wrath of the Buhari fanatics. They have absconded and gone into quiet retirement due to fear of savage attacks on not just their views but their personality, family and heritage. Unfortunately, in my view, these guys have created, and amassed, unseen, and unquantifiable, multitude of silent enemies for the President, who on a good day is so simple and jovial but, has been turned into a monstrosity by the words and actions, of his pyromaniac acolytes.

As for me and my house, I have become a porcupine, who has the capacity to rebuff all the poisoned darts, barbs and arrows they fire from different directions. Most of my followers have come to like and acknowledge my unusual calmness in the face of reckless insults. My job is my only means of survival and that of many dependants and no one can succeed in telling me not to report any human being just because you hate him/her. If you don’t like some faces you see on my page, you have the total freedom to move on to other accounts. If I have not complained about your choice, why complain about mine, when I have not attacked yours? I believe I’m old enough, and have acquired enough experience, to help me form an  informed opinion and arrive at my reasonable choice, whether you consider it wise or utterly stupid. That’s the whole essence and beauty of democracy and free speech. Many of those opposed to the re-election of the President, again in my view, do so because of the palpable fear that he is incapable of uniting the many ethnic nationalities that make up Nigeria. How he manages to control and correct this anomalous perception would ultimately determine his success or failure in the 2019 Presidential election.He needs to start by asking for greater decorum for his baying and rabid attack dogs. It is clear to me that they are currently not acting at his behest or doing his bidding.

WhatsApp seems to be the in thing at the moment with a massive cacophony of information, misinformation and disinformation flying left, right and centre. The Atiku and Buhari war machines are in full throttle. It is a battle royale between the two determined, if not desperate groups, and troops. Unfortunately, most of the rival advocates for the protagonists have focussed largely on the personalities of the two main gladiators. There has been very little emphasis on ideology, principle, or policies of the respective Parties. Yet according to the Constitution, and as we have seen in practice, it is the Parties that contest the elections, and it is the Party that wins that is meant to run the country. Perhaps, this is one of the reasons, the present administration of President Buhari has not succeeded, because it has veered substantially from the policies it espoused in its manifesto before assuming power and the party has largely remained a rubber stamp. The curtailment or elimination of corruption cannot of itself make the government progress, unless effort and action are put into government and the provision of infrastructure and social welfare for the generality of the populace.

Social media could be used to re-energise and re-orientate the populace to focus on the essential things in this forthcoming election and compare the attributes of not just the two Presidential candidates, but what their respective Parties now have for us going forward.  It is to the future, rather than the past, that the debate and discourse must focus. The past is merely something from which both sides should learn from. However, social media is not being properly utilised. Rather it has decimated friends and families like never before. All kinds of groups now exist where people tear at each other’s throats, in the name of politics, while the leaders still meet publicly or surreptitiously and cement pacts and relationships. My only hope is that Nigeria would survive the unprecedented bitterness of this foul season. Those who know how to pray should not stop screaming in their loudest voices to the God they worship.