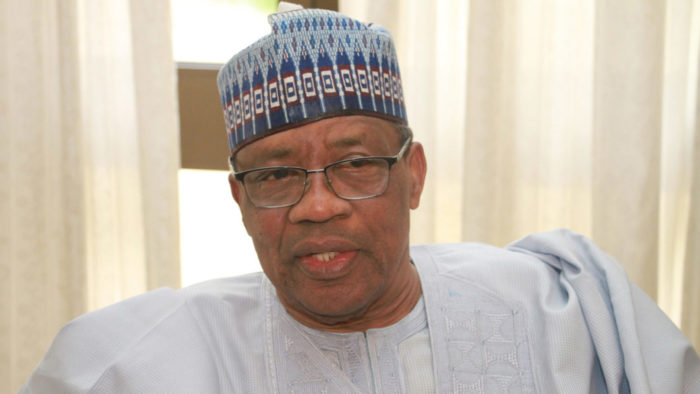 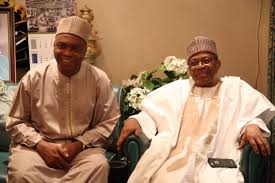 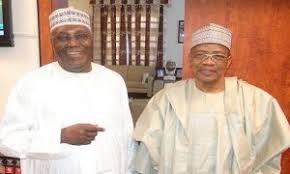 Former President Ibrahim Babangida must be relishing his role as the crowned head of our elder statesman.His home in Minna has been turned into a political shrine.

Many of our presidential and governorship aspirants seek his anointing in their quest.

Many of them have gone there recently to kneel at the shrine and receive his blessings.

I am sure many a man envies this non-partisan role the general is playing at this time in our national politics.

I am sure all those who emerged from the shrine have hearts full of joy and expansive hopes of attaining their ambition.

This is the role thrust upon Babangida by our politicians since the return to civil rule in 1999.

Trust the astute politician. He does not turn away any seekers from the gates of his house.All are welcome. He has enough blessings to go round after all.

And he has been generous in showering the power seekers with his blessings.

Few men in our country understand the psychology of power and the value of public relations more than the prince of the Niger.

The pilgrimage to his home says at least two things about the former president.

One, people still find his views and voice politically relevant in our national politics.

They seek his endorsement because it adds value to their quest for power.

Reporters beat the path to his door, asking him to join either the political fray of the moment or participate in the national narrative on the way forward for our dear country.

His long silence is always a source of mild consternation in the polity and in news rooms across the land.

Despite everything, June 12 not excepted, the general still enjoys such tremendous public goodwill that were he to declare to run for president today, he would instantly galvanise the people and light up the polity.

Two, despite the pilgrimage to his home, Babangida remains non-intrusive in our national politics.

Occasionally he tosses out some barbs but he has, unlike former President Obasanjo, refrained from assuming the right to dictate the direction of our national politics.I am sure people are fascinated by this.

I remember one important point he made on assumption of power in August 1985: we do not claim to have the monopoly of wisdom.

He has always been a creature of wisdom garnered and processed from a multiplicity of views and progressive ideas.

But there is a downside to this pilgrimage.

Babangida cannot tell anyone who seeks his endorsement the home truth about himself – his qualifications and his suitability or otherwise, to occupy the sumptuous presidential villa he built.

Because his role denies him the right to speak truth to the seekers of power.

You should understand that his role as an elder statesman is not to ruffle feathers but to essentially make those who seek his blessings for elective offices feel good about themselves.

And so, Babangida tells each one of them, as the Ndigbo would put it, Na you biko. This is not dishonesty; it is the way the game is played.

Elder statesmanship thrusts on the elder statesman the obligations of an elder – embrace everyone, bless everyone, accept everyone. It is high profile public relations.

Those who have recently visited the shrine are redoubtable men whose antecedents speak well of them and their individual suitability for the higher political office they seek.

Men of timber and calibre, no less, each seriously nursing the presidential ambition as the next logical step up the ladder as former or current number two or three men in our constitutional succession plan.

But two things worry me about the role thrust upon the former president.

One, during his transition to civil rule programme, Babangida harped on qualitative leadership for the country and parts thereof.

Given his current role, I doubt that he can now assist the nation in one of its most critical challenges: leadership recruitment.

He is obliged to be nice to all who go to the shrine.

The process of leadership recruitment at all levels in our elective political offices is a national challenge.

I do not think this critical challenge can be met when our elder statesmen find themselves playing the role of public relations gurus to power seekers.

Two, Babangida is put in the same category as the traditional rulers and the itinerant band of men and women in the pulpits of Pentecostal churches.

Viewed this way the pilgrimage to the shrine is regarded as a mere routine by the seekers of elective political offices.

They beat the paths to the palaces and churches too to eagerly seeking the blessings of those potentates. It is not difficult to appreciate this.

No Nigerian, no matter how politically ambitious he might be, seeks power without the say-so of their people.

Their people are represented by their traditional rulers who hear the voices of the ancestors.

If they bless a power seeker, as they invariably do, they are only acting as messengers of the ancestral gods.

They too are in the business of playing up the psychology of power.

They are not expected to tell a power seeker the home truth about himself, as in my son, the gods say you should abandon the quest because they remember your sordid past as armed robber and 419 king pin.

The preachers regard themselves as the modern messengers, not of the gods but of God.

In the mathematics of divine authority, one God is more powerful than many gods.

Former President Goodluck Jonathan was the first man to value their closeness to God and openly courted them to get God to smoothen his path to or remain in power.

My charitable guess is that for the purposes of a back up precaution, he must have recruited traditional rulers and ancestral worshippers too to his political cause. Most of our politicians do.

After all, God gives power to whom he chooses but conventional wisdom says he must be appeased, persuaded or cajoled.

Babangida is in a class by himself as a judge of human characters.

He knows those who go to him for his endorsement.

And he knows that some of them are not presidential or governorship materials.

Could he say to one, yes, you are a presidential material and to another you are a local government chairman material?

I have this sneaking feeling that if he did, the shrine would empty itself in the time it takes to say prince of the Niger.

I am looking for a middle ground here to see if this pilgrimage could be turned into something more useful than a routine visit to the man who loves company of men and women of ideas and become part of our leadership recruitment process.

I have scratched my head in vain. Help me.

I want to see if our dear country can institute a credible process of leadership recruitment at all levels.

Perhaps the general may consider shutting his gates in the face of jokers and admit only serious men and women of progressive ideas on moving this lumbering behemoth of a nation forward.

This means his endorsement would no longer be a routine but a sincere vote for men and women with the head, the heart and the character to lead us, not rule us.