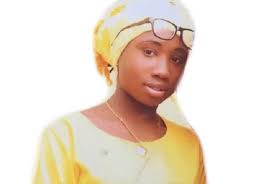 ON Tuesday, August 28, 2018, Miss Leah Sharibu, the only remaining student of the abducted 110 Government Girls Science and Technical College, GGSTC, Dapchi in Yobe still in the captivity of the Islamist terror group, Boko Haram, called for her own rescue in a video that trended widely. She called on President Muhammadu Buhari and all Nigerians to join hands and get her out.

Leah Sharibu and President Buhari It was a sober reminder to a country that so easily forgets that it has an unfinished business to secure her freedom like the rest of the 105 victims who were on March 21, 2018 returned by Boko Haram fighters to Dapchi in a dramatic fashion after holding them for 30 days.

Boko Haram held on to Miss Sharibu because she refused to renounce her Christian faith. The Presidency had promised to “leave no stone unturned” in ensuring the safe return of a young lady who has become a symbol of heroism and courage of conviction.

Beyond the Federal Government’s statement that her rescue is part of a wider negotiation for a ceasefire by the terrorists, little information has been made available to the public on the progress made so far. Perhaps, Boko Haram decided to stage and release that video to push the Federal Government out of its increasingly lethargic attitude towards the ongoing negotiations. But in so doing, they not only reassured the anxious family and the Nigerian public that Leah is still alive and well, they also displayed willingness to strike a deal towards freeing their prize catch. We wish to join millions of well-meaning Nigerians and people of conscience all over the world to once again urge President Buhari to strive harder to get Leah Sharibu out, alive and as soon as possible.

The Dapchi Girls’ abduction on February 19, 2018 was a great indictment on the manner the Buhari administration had gone about waging the war against Boko Haram and managing the security of communities in the embattled North-East. Very few Nigerians expected a repetition of the Chibok school girls episode almost three years after the regime took over the campaign to defeat the insurgents.

The only way the regime can mitigate the Dapchi girls saga is to secure the release of Leah Sharibu while efforts continue towards the release of the surviving Chibok girls. While we give the President and our gallant troops a pat on the back for efforts made so far, we pray that all the abducted school girls are rescued and the Boko Haram conflict ended before a new government is inaugurated in May 2019.

We hope that these will be the indelible milestones for which the Buhari regime will be remembered by posterity.