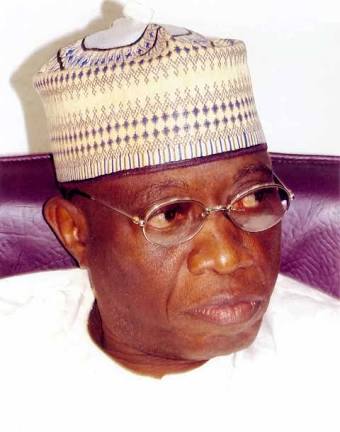 In politics as in war, the first casualty, we are told, is truth. I have also come across a saying that politicians, if they speak the truth at all, they do so most probably by accident or they do so mistakenly.

Some little truths have come to the open in the last one week amidst the avalanche of lies, or to be fair to them, half–truths that the tsunami-like defections of politicians of the APC extraction in the Senate and the House of Representatives have caused.

As soon as the news broke that the defection long foretold had happened, that at least 15 senators of the All Progressives Congress and a sizable number of members of the House of Representatives had defected or deserted, the remaining loyal members of the party typically chorused strident denial. Not a denial of the defection, but of the fact that this exodus from their party to the opposition Peoples Democratic Party, PDP, would not have any effect on the presidential election. Translation: for President Buhari, no shaking.

Senator Ita Enang, special adviser to the president on National Assembly Matters, claimed confidently that some of the defectors had assured him that they would work for President Buhari and even vote for him in the presidential election. His optimism may turn out not to be premature. But the time he spoke these words, soon after the defection, and in the heat of the drama, nobody could possibly have given him such assurance. But he was perfectly right to live in denial and even to indulge in half- truth. Perhaps it was psychologically timely to give such assurance, even if not true, to calm jaded nerves.

But the most honourable thing, in my view, was for him to have taken the path already charted by the president himself. President Buhari was more magnanimous. He had wished those who decamped all the best. He said he did not bear them any grudge or ill will and he was sure that they had nothing against him personally or against his administration.

The president could not have forgotten so soon that his new party, the APC, profited generously from the exodus of defectors from the PDP in a similar fashion and when it mattered most. In the 2015 presidential election, the deserters, led by governors of five states, made the difference to his electoral fortune. President Buhari’s reaction indeed was the correct line to toe, a line of reconciliation, hoping that perhaps, just perhaps, there would be a change of heart. But this presidential wisdom was not available to the hawks in the party who to show their loyalty have resorted to name calling and insults.

Recall that on the day of defection the police had laid siege on the residences of the Senate President, Bukola Saraki and the Deputy Senate President, Ike Ekweremadu, apparently to prevent them from attending the Senate session that morning. But the plot failed. Senator Saraki had sneaked out of his residence and made his way to the National Assembly in good enough time to preside over the plenary where he announced the names of those who defected. The police washed their hands off the mess, saying that they did not authorise the siege. Not quite a tidy story.

Other notable party leaders reacted with such illogical deductions with half- truths and even fabrications. Some took the war to the social media to denounce the rebels who had turned the table against the APC. Leading the pack was the new party chairman, Comrade Adams Oshiohmole, the combative former president of the Nigerian Labour Congress, NLC.

He said, not quite truthfully, that he couldn’t be bothered by the defection. “The party that I am privileged to chair is not worried at all. We are not disturbed. I am not going to miss my sleep,” he said.

But we know he is worried. That is the hallmark of good and responsible leadership, to worry and to seek for solution. And nobody will believe anyone who says cavalierly that this exodus, for whatever reason – selfish, altruistic and even patriotic – does not and cannot hurt the president.

To make that false claim from the high horse of arrogance is even to say that President Buhari, in addition to all the noble qualities ascribed to him, is also a superman. Or that he is devoid entirely of human feeling. If that is true, then he is not a politician. How can a politician not feel it even if it is only one supporter that leaves his camp? A man with one vote is a valuable asset to the vote seeker.

If, as these hawks claim, this defection is good riddance to bad rubbish, why then did the security agents go through the elaborate plots and counter-plots to ensnare Saraki and his deputy so as to capture them or prevent them from decamping? If truly those who should worry are not missing any sleep, why chorusing this fact like a spoilt child or the man who is reciting his daily testament of faith.

More than anybody else, it is the president who should lose his sleep. It is his election that is at stake. His handlers should therefore be honest enough to tell him that there is fire on the mountain and if it cannot be put out, nothing should done to aggravate it.

Or is it that we are simply incapable of learning any lesson from the past? Faced with similar situation in 2013 to 2014, the arrogant people who surrounded President Goodluck Jonathan, including PDP’s Bamanga Tukur, kept assuring him there was no need to worry even when it was clear to any casual observer that he was going to go down soon, singing his political swan song.

Today, pundits, to convince President Buhari that there is no cause for alarm, are now rolling out dubious figures of potential winnable states. Mr. Rotimi Amaechi, the director general of the Muhammadu Buhari Presidential Campaign Organisation, says the president, assured of his perennial cult followership, would easily win Sokoto, Kano and Bauchi states even if from his sick bed, no attempt at discounting the Kwankwaso factor in Kano or the Tambuwal factor in Sokoto.

Festus Keyamo, the activist lawyer, who handles the publicity machinery of the campaign organisation, said that from Buhari’s comfort zone of Jigawa, Kaduna, Kano, Katsina, Kebbi, Sokoto, Zamfara, Bauchi, Borno, Gombe, Yobe and Niger states with a combined registered voters of 30 million, the 30 million votes, give or take, are guaranteed. You may think that this is a puerile and extravagant proposition devoid of any logic. But does it matter?

Incumbency factor is an advantage. But even that advantage, given the current situation in the country, must be given a cautious qualification. And that is even more significant now in view of the unfortunate insecurity problems that have refused to go away.

And it is also not exactly a comfortable story in the South West zone which will, at the end of the day, play the deciding role. The major collective demand of the zone – restructuring – has not been addressed or even acknowledged. But not to worry says Keyamo, whose confidence is bolstered by the fact that the five South West states with voter strength of 14 million persons, without any exception, will all vote for Mr President because all the five states are controlled by APC.

The joker here, according to the exuberant publicity activist, is that “all the political gladiators in those south west states that helped to tilt the election in favour of the President in 2015 are still solidly with him and more have joined. The entire defunct ACN structures that moved into APC are solidly behind the President.”

Talk of a politician’s incurable optimism.