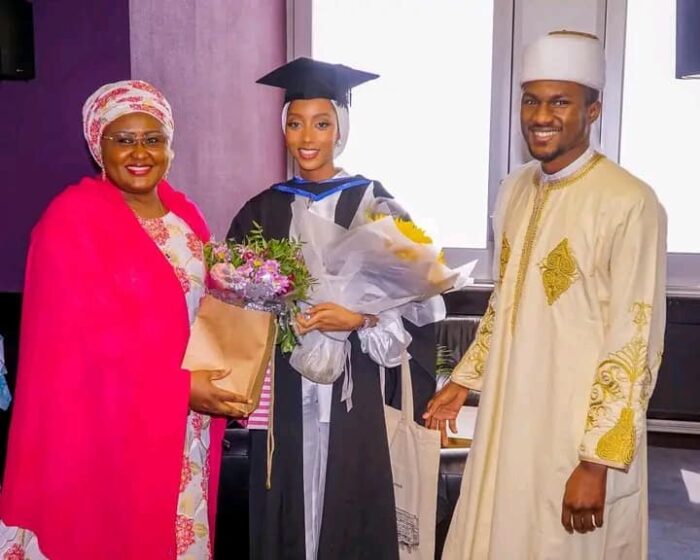 Mrs. Aisha Buhari’s insensitive flaunt of the graduation of her daughter-in-law from a UK university while public universities in Nigeria are shut as a direct consequence of her husband’s blithe unconcern instantiates the truism that neither money nor power can buy class.

Mrs. Buhari’s urge to show off and invite the admiration and envy of people less fortunate than she is (which is often associated with unwashed masses who happen on unanticipated fortune) was greater than her sense of decency and restraint.

A British journalist once described Nigeria as a “classless” society, by which he meant that wealth, educational attainment, and social class are hardly reliable predictors of people’s attitudes and value systems in Nigeria.

Poor, illiterate rubes are indistinguishable from highly credentialed middle-class folks or people in the upper crust of the society. They are all united by faith in backward superstitions and the urge to brag loudly and tastelessly, which are lowbrow traits often associated with the vulgar herd.

In spite of being the wife of a president and the granddaughter of a First Republic minister, Aisha hasn’t developed the cultivation, quiet confidence, and countersignaling (i.e., intentionally avoiding acts that call attention to your wealth and social status) that people of her social status are often associated with elsewhere.

She posted those photos on social media because she still has a need to vaunt her privilege so the rest of us will respect and envy her for what she has.

This is no different from the stereotype of the nouveau-riche, that is, people who have suddenly encountered wealth but lack the social and symbolic skills appropriate for their new socio-economic position.