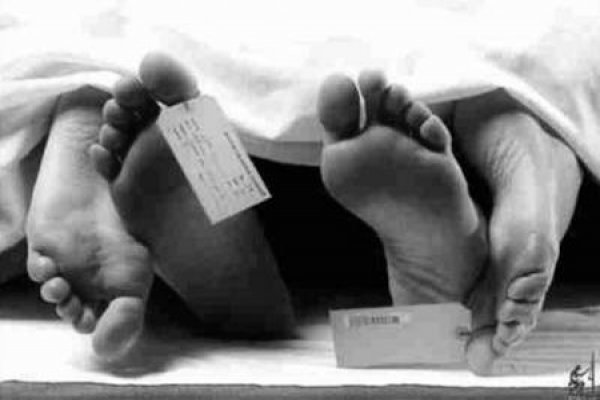 Two ex lovebirds have died in Aba, the commercial nerve centre of Abia State, Nigeria after setting themselves ablaze.

The incident, The Columnist Ng learnt, occurred at the popular Lagos Street in Aba South Local Government Area of the state.

While the male victim whose name could not be immediately known was a worker at a bakery in Obohia Road, the female victim identified simply as Oluchi owned a boutique a distance away from her residence on Lagos Street.

Both of them died shortly after they were admitted in different hospitals as a result of the severity of the burns they suffered.

A resident of the area told journalists that the male victim who had dated the female boutique owner left her to date another female worker in the bakery and was believed to have impregnated her.

The boutique owner, who people said was not aware of the romance between her ‘lover’ and the new girl he was courting in their bakery, was said to have been approached by him to request the sum of N200,000, which he said he needed for something urgent.

According to neighbours, the boutique owner gladly gave him the money, not knowing that he was going to use it to pay for the bride price of the girl he impregnated in the bakery.

The resident in the area said; “When the news of the man’s marriage reached the woman that gave him money, she pretended that she did not know about the traditional marriage.

“After the marriage, the lady invited her boyfriend to her house and he went there, not knowing what the aggrieved lady had in mind.

‘Shortly after the guy came, the lady locked her door as she used to do. After a while, she emerged with a bucket containing fuel which she poured on the guy and set him ablaze.

“As the guy was burning, she headed for the door in order to escape, but the guy grabbed her and both of them began to burn.

“It was in the heat of the alarm that attracted neighbours who broke into the lady’s house to quench the fire.

“They were taken to different hospitals but were rejected because of the sever bodily injuries.

“They eventually died a day apart after they were later admitted elsewhere.”

The Columnist Ng gathered that a police source at the Aba Area Command Headquarters confirmed the incident, but he said there was no official entry of the incident yet.