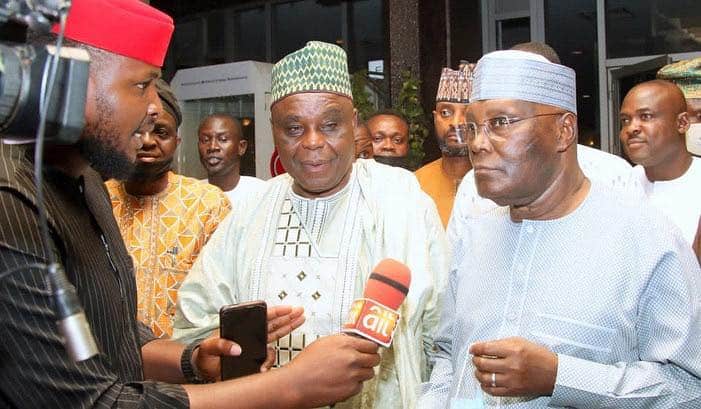 Leader of the technical committee of Atiku support group, Raymond Dokpesi, said the bid of the former Vice President Atiku Abubakar to become the next president in 2023 general elections would take the country to the path of glory.

Dokpesi said this in an interview with newsmen in Gombe, shortly after a consultation with members of the Peoples Democratic Party.

The leader of the technical committee urged stakeholders in the North East region to unite in ensuring that one of their own is crowned winner of the general elections especially after producing the only the Prime Minister, Tafawa Balewa, 53 years ago.

Dokpesi highlighted the importance of the North-East in producing its kind to lead Nigeria in the next elections, adding that all hands should be on the deck.

He said, “We went into convention in 2018 in Port Harcourt and from that convention, Atiku Abubakar won fifty two or fifty three percent of the total votes that were cast at that convention.

He revealed that the unity of the party faithfuls remained essential in championing the cause for the party to win the presidency at the 2023 general elections, stressing that its consultations with stakeholders and members of the PDP would continue in Bauchi State.

“Stakeholders in the North East should unite to ensure one of their own wins the general elections 53 years after the zone’s last leader Tafawa Balewa,”Dokpesi added.