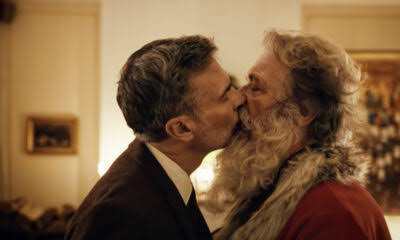 Norway’s 375-year-old postal service, Posten Norge has released a festive commercial ahead of Christmas with Santa Claus getting a boyfriend.

The popular image of Mrs. Claus helping out at the North Pole has been dropped to show a more inclusive perspective this year.

The clip has quickly garnered international attention with Canadian Member of Parliament, Randall Garrison, tweeting he was breaking his “no Christmas before December rule” to thank Norwegian Post for their “strong and moving message of inclusion.” The ad on YouTube has been viewed about 1000,000 times in just a few days.

Others have voiced issues with the ad, calling it “creepy” and arguing that it “sexualizes” Santa.

English journalist Dawn Neesom, a columnist for the Daily Star, said as much on TalkRadio with James Max.

“This is an advert for the Norwegian postal service celebrating 50 years of being able to love who you want. However, they have sexualized Santa,” Neesom said.

As for a social commentator, Kemi Adebayo, she is of the view that “Santa Claus is a fictional character created by white people and exported to Africa and Asia. They can do whatever they like with him. The onus is on us to reject it.”