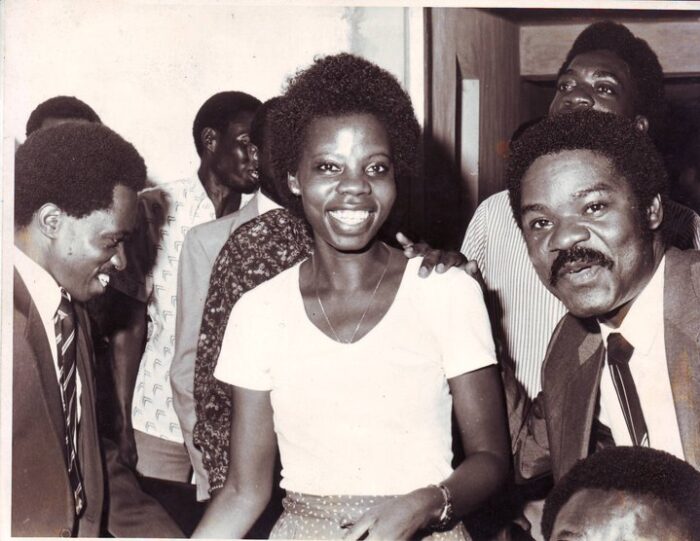 Remembering Dele Giwa? No, we have not forgotten him. How do you forget a colleague and a friend who was more like a brother? How do you forget a co-conspirator with whom, in 1984, we decided to quit our comfort zone in Concord where he edited the Sunday Concord and I, the National Concord, to venture into an uncharted waters that in no time birthed the trailblazing Newswatch? How can you forget the iconoclastic reporter and editor who took exceptional delight in speaking truth to power? How do you forget? Like we do for the dead, we remember  him every day and, as enjoined by our religion, we pray for the dead every day.

But Dele Giwa lives in every journalist who pursues professionalism and extols the virtues of excellence, not the one who enthrones cant and hypocrisy and worship it like an ancient deity. We remember Dele everyday. As we did yesterday, October 19.

When they snuffed life out of him on October 19, 1986, the novelty, even the senselessness, of his assassination through a parcel bomb was a mortal mistake. By that method and its cowardly means of delivery, they had made an immortal hero out of Dele. And forever he has to be mourned. As we do even now.

A couple of weeks after his demise and burial,  all I could do was to pen my humble tribute to a great friend and brother. On the anniversary of his passing, 35 years on, all I can do today is republish that tribute as a memorial for those who may be tempted to forget: “Journalists are the same everywhere, except possibly, those in the communist enclaves where the authoritarian theory of the press rules supreme. In the freer worlds from Washington to London to Cairo, to Nairobi, to Accra and to Lagos(?), they are all what Gay Talese says they are: “restless voyeurs who see the warts on the world, the imperfections in people and places.”

Those who are in this business of reporting are most often at home with news of riots and raids. Call it sensationalism, if you dare. They are lured by disaster and gloom, disagreements and controversies, deaths and destruction. The more bizarre the piece of action, the better.

And what could be more bizarre than a death in the family, death parceled, sealed and delivered to a journalist’s happy home, a home full of life and conviviality? And at breakfast time when father, mother, and kids should be eating, chatting and suffering the distractions of the little ones.

That was when death chose to call at the home of Dele Giwa, editor-in-chief and chief executive of Newswatch. It did not come stealthily as people have been told is the cowardly practice of death. It came with a bang. It came in the form of a bomb packed as a parcel. It knocked the door and Giwa welcomed it into his study, the nerve-centre of this ebullient journalist’s intellectual and journalistic activities. That was where he ate, read, thought and wrote. That was where he ushered in death. He looked death in the face and smiled. Those who knew Giwa well would bet that Giwa must have dared death to do its worst that Sunday morning. October 19.

And it did its worst. It made Giwa the first Nigerian, we hope the last, to be bombed to pieces in his home, in Nigeria, in peace time. It blew him up in the prime of his life and threw journalists, lovers of the unusual, into panic and pandemonium. As a courageous and efficient journalist who did not fear to step on powerful toes, he was a controversial national figure, whose name, in so short a time, became a household word. Excellence was his middle name, controversy his nickname. Perhaps, it was not paradoxical that he died in a most controversial way. After death, Giwa did not cease to excite more controversies. Who killed Dele Giwa? And why? The question has not died. It has not been killed.

There are so many theories as there are many Nigerians, some sensible, some ridiculous. Whatever it is, one thing is clear, confusion, as Macduff said when announcing the murder of King Duncan, in Shakespear’s Macbeth, has made its master-piece. Those who killed Giwa have murdered sleep and can never ever sleep again.

As a successful journalist, he made plenty of friends in all walks of life, in high and low places. He equally made powerful enemies. Giwa represented all that a journalist should be – fearless, meticulous, observant and hardworking.

He was up there on the social ladder, moving with the shakers and the movers and sharing thoughts with them on national, international and, most important, economic issues.

Giwa was a journalist’s journalist. Good journalists, as attested to by James Deakin, are grossly biased in favour of revealing facts. If there was anything you did not want anyone else to know, then you had better not tell Giwa. He had no patience with government and the so-called classified matters. But that is the cardinal role of any reporter: to reveal that which somebody wants to conceal. If you don’t want it revealed, for goodness sake, conceal it.

But the more you conceal, the more the handicap, to say nothing about curiosity, of a crusading journalist whose second most important mission is to bring about improvement. The way to go about correcting a bad situation is to first make it known. This is where an iconoclastic reporter like Dele Giwa comes to a head-on collision with the authorities, the business community, including the multinational corporations that specialize in the squandering of Nigeria’s wealth with the active connivance of their Nigerian errand boys and messengers. They do not want their malfeasance to come to the open. But Giwa, in the pursuit of his career, must have taken Thomas Hardy’s advice to heart: “If a way to the better there be, it exacts a full look at the worst.”

Nigerian journalists are still like their counterparts in most developing countries. A minority segment in politics and business believes they are a veritable threat. If they cannot be squared, they must be squashed. But the Nigerian journalists, unlike many other powerful interest groups, are the most patriotic lot. All they do is cry themselves hoarse every day so this God-forsaken country can know some progress. They are not subversive elements. In fact they are the most harmless, if you get to know them well.

They wield power, yes. That is because they are well-informed. But they do not, as Stanley Baldwin once said, “exercise power without responsibility – the prerogative of the harlot throughout the ages.”

Why did they kill Dele Giwa, a gem of journalism, a paragon of excellent prose, a stickler for efficiency?This generation owes Giwa a singular duty to uncover his killers and their motive for this dastardly, cowardly act. That is the debt we owe him. But we cannot pay this enormous debt if we allow hysteria to take the better of us; if we fail to rise above the murky atmosphere of rumour, gossip and disinformation that seem to have paralysed life since life was bombed out of a dear colleague and a brother.(Newswatch, November 10, 1986).