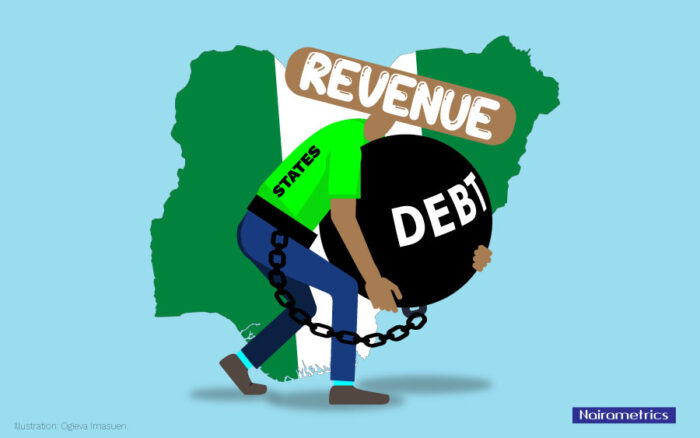 As long as civilisation has existed on our planet, debt has been a fact of life. It has been suggested that the great Roman Empire collapsed partly due to failure to balance the public finances. The empire had over-extended itself and the process of imperial overstretch eventually impacted negatively on the public finances and Rome eventually went under. Empires and nations require money to fulfil their functions. Much of these resources have emanated from taxes and land resources. In medieval Europe, nations that were lucky to stumble on vast deposits of silver or gold did become highly wealthy.

Taking loans is another way. Succeeding generations of English monarchs borrowed from banks and from rich individuals and financiers to execute wars and other national projects. The Bank England began life as a private institution that serviced the monarchy by raising capital for military and other adventures.

Many nations have been ruined by debt and folly. To quote the Scottish historian, Thomas Babington Macaulay: “Such was the origin of that debt which has since become the greatest prodigy that ever perplexed the sagacity and confounded the pride of statesmen and philosophers. At every stage in the growth of that debt, the nation has set up the same cry of anguish and despair. At every stage in the growth of that debt, it has been seriously asserted by wise men that bankruptcy and ruin were at hand. Yet, still the debt went on growing; and still bankruptcy and ruin were as remote as ever.”

Nations borrow for a variety of reasons. They borrow to finance shortfalls and deficits in their annual budgets. They borrow during national emergencies and hard times. Nations borrow also in times of war. There are also large projects that may require additional funding than can be provided by the regular annual budget; for example, the building of a major dam or of railway networks or hydro-electric power projects.  Nations also borrow in order to deepen the financial and capital markets. Governments can issue bonds in order to develop the yield curve and to enhance the vibrancy of the capital markets.

In our day and age, nations can borrow because of imperialism and the coercive power of informal empire. In 1979, for example, Nigeria caved in under pressure from external forces to take a loan of $1 billion. It was a loan that we did not need and were, in fact, in a position to give ourselves. And yet our military government took the loan. To this day, nobody knows what that loan was used for. In the 1980s, during the heydays of structural adjustment conditionality-based lending, the IMF/World Bank forced all sorts of loans down the throats of African and other developing countries. Those countries were plunged into a debt peonage that took decades to redress.

There are good and bad reasons why countries take on loans. Prudence requires that governments ensure that they take loans only for good reasons. As a matter of fact, a loan taken for a good project is an advantage for any country. The old American statesman, Alexander Hamilton, noted that a “national debt, if it is not excessive, will be to us a national blessing”.

There are normally three categories of loans as judged by interest charges. We have loans based on straight commercial terms, i.e., interests are variable and charged based on prevailing market rates based on the London Inter-Bank Offered Rate (LIBOR).  The second category are soft loans with concessionary rates. An example is the IDA, an affiliate of the World Bank that changes one per cent payable over 30 years. The third category are what I would term “blend loans”, that are half-way between commercial and concessionary rates. Bilateral agencies tend to give these kinds of loans and most beneficiaries belong to the category of low and middle-income countries.

Ever since the subprime crisis of 2008-2010, interest rates in the advanced industrial economies have been in historic lows. There are hardly any commercial loans that exceed five per cent. This has proved particularly attractive to countries such as Nigeria with a high structure of domestic interest rates. Commercial banks in Nigeria can charge as high as 20% in interest rates. It therefore looks attractive to borrow from low-interest financial regimes. The downside is that dollar-denominated loans are also subject to exchange-rate risks. As the advanced industrial nations recover from a decade of low growth, interest rates will continue to rise and so will be the repayment terms of countries that have borrowed from the Eurodollar markets.

Nigeria’s national debt of N33.107 trillion (US$87.239 billion in dollar terms) is comparatively modest by global standards. The most indebted countries in the world in terms of sheer volume are: the United States ($28.3 trillion); Japan ($9 trillion); Italy ($2.48 trillion); and Spain ($1.24 trillion).

In terms of our comparators, South Africa has a debt outlay of $259.5 billion, amounting to 77.1% of GDP. Sudan has a debt stock of $56 billion, which is about 201% of its GDP. In the case of oil-rich Angola, the national debt stands at over $47 billion, of which $22 billion is owed to China alone. Remarkably, Angolan debt to GDP ratio is estimated to be a whopping 110.71 per cent.

We may not be among the most indebted countries, but, at the current path-dependence, we are marching speedily into that unhappy crowd. We depend on exportation of crude oil for more than 90% of our external earnings. And oil is a depleting asset. As the world begins decarbonise in response to the challenge of global warming and climate change, demand for oil will continue to decline and so will its price in the international markets.  The implications are dire. We must either diversify our economy or we shall have no economic future to speak of.

The USA is by far the most indebted nation in the world, with its $28.3 trillion of national debt. This amounts to about 127% of the American GDP. Americans take the national debt on their stride because the dollar is the world’s reserve currency. They do not suffer from the challenge of exchange rate risk. In that sense, the American position may be in a less precarious than Nigeria’s. The reason is simple. The American dollar is the world reserve currency. Technically, the Federal Reserve could simply put its printing press into overdrive, printing dollars to settle its debts. This is theoretically possible. But it is unlikely to happen because a printing binge could fuel hyper-inflation while bringing down the value of the dollar. It would not be in the American national interest to commit such folly.

By contrast, the naira is not among the world’s international trading currencies. If we borrow in dollars, we must earn enough dollars to pay off our loans. And if the naira falls, we would have to earn more and more of naira just to service the same level of debt. We are a monocultural import-dependent economy.

But one factor, though, that cannot be ignored, is that China and some of the Asian countries hold trillions of dollars of American treasury bonds. If they were to make a call at once on those assets, the American economy will badly be affected. Games theory and probability statistics would show that the Chinese are unlikely to do such a thing, precisely because the fall of the dollar will also affect the value of their American bond assets. So, it is in everybody’s interest to act with restraint and moderation.

The warnings of the 19th French novelist and sage, Victor Hugo, are still relevant in our day: “A creditor is worse than a slave-owner; for the master owns only your person, but a creditor owns your dignity, and can command it