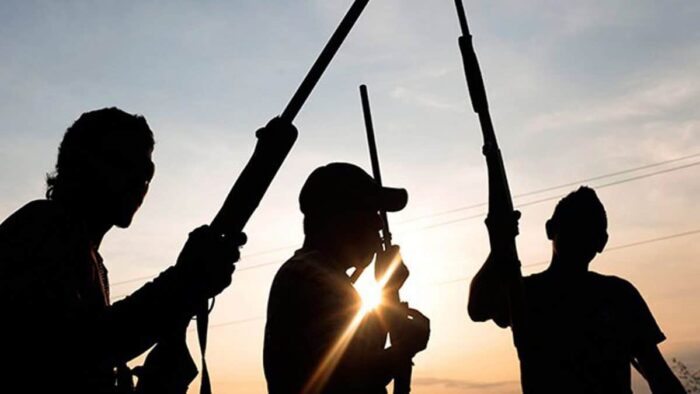 After reading the narration of the experience of Nigeria Air Force officer, Flight Lieutenant Abayomi Dairo, who survived an air attack in Zamfara State, do apologists like Sheik Ahmad Gumi, Kaduna State governor, Nasir el-Rufai, and their southern minion, Joe Igbokwe, still believe that the bandits are merely doing business? For a while now, they have desperately tried to ameliorate the gravity of their incessant attacks by claiming those people were just “bandits.” But bandits do not shoot down airplanes. It is no small effort to direct “intense enemy fire” at a jet in the sky. If they have heat-seeking surface-to-air missiles to do that, it is a game-changer. When supposed bandits get to the point where they have enough clout to acquire the weapons that can down a fighter jet and even the gumption to draw government ire by doing it, they can no longer be called bandits.

Either the people they call bandits have morphed into something more monstrous, or Nigeria is not just winning its long-drawn battle against terrorism. Whichever one, this enemy needs a new name.

For Nigeria to still be referring to those who shot down a plane as bandits, they should also tell us how state officials arrived at a calculation that makes the activities of IPOB and their leader, Nnamdi Kanu, to be called “terrorism.” How did Garba Shehu, for instance, conclude that separationists like Sunday Igboho is a terrorist, but an official document still characterises those capable of downing a fighter jet as mere “bandits”? By what parameters does Nigeria define banditry and terrorism? Is there an official standard for qualifying these activities? Defining and designating an organisation as “terrorist” is typically at the discretion of state agents. In Nigeria’s case, that value judgement has been so subjected to the nepotism of the government that the label does not do much more than categorise insurgent activities and agitation from a certain part of the country.

Compared to terrorists, “bandit” is a tame language because it suggests those perpetrating the crimes are a gang of outlaws operating outside the precincts of the state. Bandits do not typically attach any political aims to their activities since their exploiting the vulnerabilities of people who venture outside governed spaces is mostly about money. The language of banditry also suggests they are not as much of a threat to national stability. Yes, in military lingo, “bandit” also means an enemy plane, but that rather remote definition has not been consistent with official and popular usage of the word in the Nigerian parlance.

Terrorism, on the other hand, means using violence to achieve political ends. Such violence must intentionally generate psychological ramifications, and it must set a chain of other political and social activities into motion. Thus, when Nigerian officials said that the likes of IPOB members and Sunday Igboho are terrorists, they insinuate there is substantial proof of political malice in their activities. It means anyone that associates with them or provides them any kind of support could be placed under surveillance and even punished. But what legal and moral mechanisms has accounted for their actions to be labelled as terrorism but which does not feature—and even more evidently—in the deeds of the ones who shot down a plane?

We cannot afford to prevaricate on the appropriate characterisation of those who could attack a jet. We have to speak unequivocally to determine who they are, what they want, and how we should approach them. Words matter, and language is everything. The ability to make sense of the world through words is one of the distinct reasons humans are categorised as higher animals. Words can heal or harm, and that is why sensible people choose them carefully. Our ways of speaking to and about people are often an indicator of our evaluation of their worth. The same applies to our understanding of situations. Ill-defining an issue is tantamount to misdiagnosis because things have to be called by their right names for them to yield their significance.

The Air Force press release specifically noted that their pilot faced “intense enemy fire” from his attackers. To retain the label of bandits for people who can rain an intense fire means these officers are either biased in their judgement of what qualifies as security threats against Nigeria or have not yet given critical thought to the nature of the enemy they are fighting. It could be that “bandits” is a terminology they frequently throw around and they have not yet reflected deeply on how the threat they confront is changing enough for them to update their vocabulary. The designation of banditry lessens the gravity of the crimes of these people. That selectiveness in the professional judgment of those tasked with providing national security is one of the many ways Nigerian officials make it hard for them to find patriotic support. Such ethical inconsistency is why many Nigerians remain unimpressed when they do their best to hunt down fugitives from Kenya and Benin Republic.

That brings me to another point: the official statement by the Nigerian Air Force was probably more revealing than they intended. According to them, the said Alpha Jet aircraft was returning from a “successful air interdiction mission between the boundaries of Zamfara and Kaduna states.” Does that mean that despite a supposedly “successful” air raid, there were still armed groups audacious enough to try to take down their fighter jet within the same Zamfara State where they just rained fire on them from the sky? That shows that whatever the success of that mission was, it did not affect this group that attacked him (and probably also spared several other groups of enemy forces). So, by what metric do they measure air mission “success” when it is self-evident that air bombardments do not do enough to cripple the activities of these people?

The press statement failed to mention if there were supporting ground troops. Airstrikes are not usually conducted without concomitant ground attacks. After the enemy has been destabilised from the sky, ground troops are unleashed on them while they are yet scrambling to find their bearing. In this case, and given the paucity of details from the official release, it did not seem so.

Again, according to the same statement, the pilot successfully ejected from the crippled jet. He got on the ground, and his attackers still pursued him. Thankfully, and according to the statement, he was able to “elude several bandits’ strongholds and manoeuvred his way to a Nigerian Army unit, where he was finally rescued.” Does the use of plural terms in that extract officially confirm that these so-called bandits still maintain multiple “strongholds” across the same state where they just carried out a successful air mission? Does that mean that despite almost a decade of constant war against terror in Nigeria, they are not receding but still maintaining “strongholds” in defiance of what the government is doing from high above? Reading that part of their press statement was, to be honest, frightening. From officers to supposedly advanced military equipment, military effort does not seem capable of razing down the camps of these marauders. If even an air raid does not show the potential of wiping them off, we have to come to terms with the fact that we have been condemned to permanent warfare with them. I hate to say it, but Nigeria will be at this war for a long time to come from the look of things.

Finally, I am happy for the pilot that survived what must have been a harrowing incident. If I were his relative, God knows we would spend this whole week on a thanksgiving service. For even his military superiors to be so excited over his experience and triumph, it must mean he passed through a force so terrifyingly macabre, but the scale of which they cannot fully admit because they cannot afford the truth. Was it not just some months ago they vehemently denied that Boko Haram members downed one of their fighter jets? On some days, the truth manages to out itself.