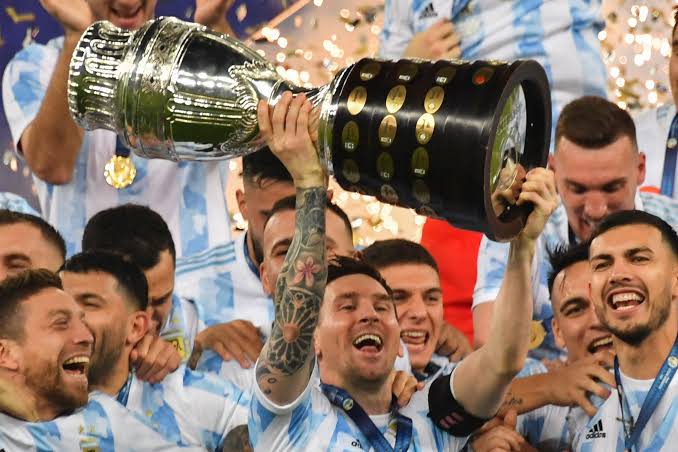 After falling short so many times, Lionel Messi was finally able to get his hands on a senior international trophy with Argentina in Saturday’s Copa America triumph over Brazil.

Argentina seized the lead in the first half through Angel Di Maria, who scored what turned out to be the game-winner as the left side of Brazil’s defence fell asleep, allowing him to dart in and chip a helpless Ederson.

That goal paved the way for Messi to finally get his hands on that elusive trophy in what was his fifth major international final.