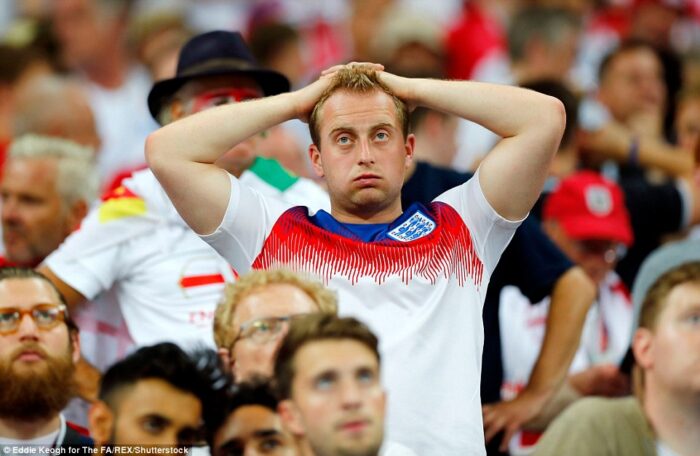 UEFA, the governing body of European soccer, is investigating an incident in which, in the biggest moment of the Euro 2020 seminfinal Wednesday between Denmark and England, a laser pointer was aimed at the face of Danish goalkeeper Kasper Schmeichel as he awaited a penalty kick by Harry Kane.

The green light was visible on the television broadcast, shining on the right side of Schmeichel’s face. He stopped Kane’s shot, but the ball ricocheted off him and back to Kane, who put it into the net and sent England into Sunday’s final against Italy.

Schmeichel appeared unfazed, and the perpetrator, presumably in the stands in London’s Wembley Stadium, has not been found.

“Whoever they are, they’re an idiot. … It’s stupid, and he doesn’t deserve that,” Mark Pougatch said on ITV’s UK broadcast (via Reuters). “That sort of thing, nobody wants to see.”

On Thursday morning, UEFA condemned the use of the pointer and two other issues. It called out supporters for creating a “disturbance” by booing during the Danish national anthem and for the “lighting of fireworks” inside Wembley.

“The case will be dealt with by the UEFA Control, Ethics and Disciplinary Body in due course,” UEFA said in a statement.

The goal was controversial for reasons beyond the laser. England’s Raheem Sterling was accused of diving to win the penalty kick that led to Kane’s goal, and a second ball was on the pitch as Sterling started his move. That typically causes referees to stop play, but it is a discretionary call and can be declined if officials believe the ball is not interfering with play.