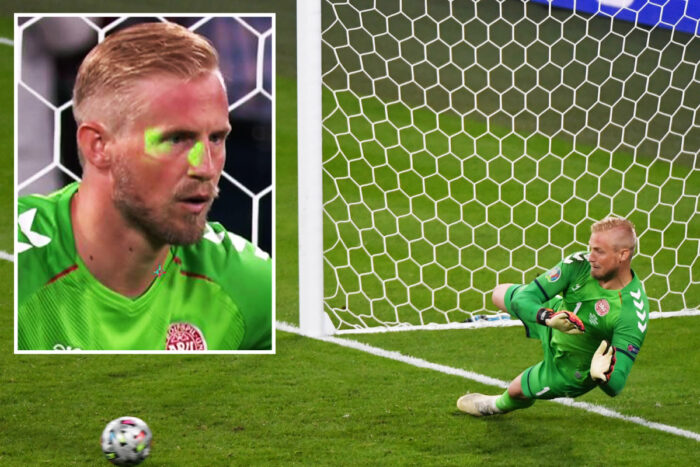 Denmark goalkeeper, Kasper Schmeichel, has said that he told the match referee, Danny Makkelie, about the laser pointer that was shone in his eyes during his country’s Euro 2020 semi-final 2-1 defeat to England on Wednesday night.

Just before England captain, Harry Kane, struck his penalty, which was saved by Schmeichel only to be scored on the rebound, a laser pointer was spotted reflecting off the Leicester City goalkeeper’s face.

But Schmeichel is now saying that the laser pointer did not impact his performance during the penalty.

He, however, said he complained to the referee about it during the second half, and that explains the strange moment when the cameras showed Makkelie marching over to the UEFA delegate on the touchline to pass on a message.

Speaking to Sky Sports, Schmeichel said: “Yes, I did not experience it on the penalty kick because it was behind me on my right side.

“But I experienced it in the second half. I told the referee and he went to say something to the other officials.