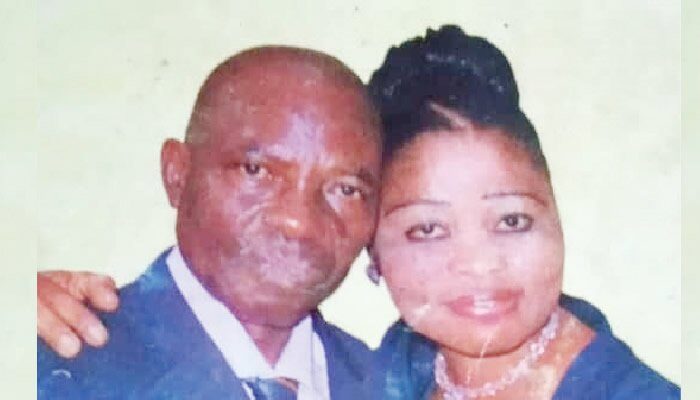 The Ondo State Magistrate’s Court sitting in Akure, the state capital, has sentenced a woman, Mrs Toyin Olusa, to one year imprisonment for causing the death of her husband, Mr Adeyinka Olusa, at the Ijoka area of the capital city.

The late Adeyinka, a former auditor at the School of Health Technology, Akure, who died at the University College Hospital, Ibadan, Oyo State, in 2017.

He was said to have had some marital issues with his wife and later became ill.

In November 2017, the late Adeyinka collapsed at his house and his wife poured hot water on him, which caused severe burns on his body and aggravated his health condition.

He died on December 28, 2017.from “sepsis, bronchopneumonia and extensive superficial burns injuries.”

While the victim’s relatives claimed that the act was intentional due to their past disagreements, the widow said she poured the hot water on him to revive him after he collapsed.

She was arrested and arraigned on one count of assault occasioning harm.

According to the prosecution, the offence is contrary to and punishable under Section 355 of the Criminal Code, Cap. 37, Volume 1, Laws of Ondo State, 2006.

During the court proceedings, the prosecutor told the court that the defendant deliberately poured the hot water on her husband, causing him injuries in his mouth, chest, hands, thighs and legs.

After a series of arguments from the prosecuting and defence counsel, Mr Femi Emodamori and Mr Shola Agunloye, respectively, the court held that the defendant committed the office, adding that the prosecution proved its case beyond doubt.

The defendant, however, pleaded with the court to be lenient with her.

“I am appealing with the court to have mercy on me for the sake of my children. I did not kill my husband,” Toyin said.

In her judgement, the magistrate, Mrs Ruth Olomilua, sentenced the widow to one year imprisonment with an option of fine of N200,000.

She said, “The prosecutor proved the case beyond reasonable doubt and the defendant is guilty of the offence. The defendant is hereby sentenced to one year imprisonment with an option of fine of N200,000.”

A relative of the deceased, Toyin, told journalists that the judgement was lenient, adding that the family fought too hard for the convict to get such a mild sentence.

She said the family had yet to bury the deceased due to the court case, adding that Adeyinka’s corpse was still at the UCH, Ibadan.

“We fought powerful forces who wanted to compromise this case. So, we wanted a stronger punishment that would serve as a deterrent to others. This was not what we expected, but we have no choice,” she added.