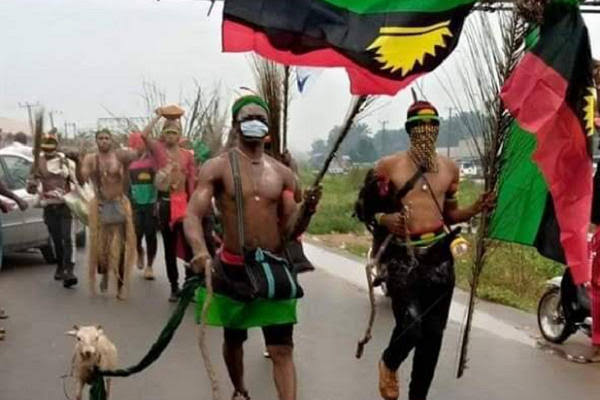 Say whatever you want to say about politics, but never say it is dull. In no other sphere of human affairs are there many intrigues, surprises and strange alliances.

In Israel, political parties in the polar opposites of ideology recently formed a coalition that ousted longest serving Prime Minister Benjamin Netanyahu. The tie that binds is so thin that the resulting parliamentary majority is given a very short lifespan, perhaps weeks. But that didn’t deter the mutually adversarial parties from joining to oust a common political foe.

In the US in 2016, it was a similar combination of ideologically disparate voters that upended the political order and elected as president a real estate mogul who never held public office before. Yes, Donald Trump. The voter coalition almost did it again in 2020. Now, even in defeat, Trump continues to hover over America’s political landscape like the ghost of Caesar.

But enough of that foray into politics in distant places. There is even greater intrigue right here in Nigeria. The separatist group Indigenous Peoples of Biafra wants a referendum in the territory it claims to be its own. Well, now IPOB has an ally of sorts in the North, namely the Coalition of Northern Groups.

CNG recently issued a scathing attack of South-East leaders, who issued a statement against IPOB’s separatist agitation. “We the Igbo do reaffirm our commitment to a United Nigeria under the platforms of justice, equality of rights, fairness, love, and respect for one another,” Chief David Umahi,the Ebonyi State governor and chairman of the South-East Governors’ Forum, said on behalf of the forum and other Igbo leaders. “We condemn in totality the activities of violent secessionist groups in the South-East and elsewhere. We firmly proclaim that we do not support them and they do not speak for the South-East.”

One would think that such a strong statement would find much favour in the North. But it was quite the contrary. The CNG condemned the dissociation from IPOB as a desperate attempt to “downplay the atrocities committed (and) the complicity involved.”

“The extent of deception also becomes apparent in the way these South-East leaders give the appearance of dissociating themselves from the Biafran violent agitation and at the same time vehemently attempting to support and justify IPOB’s brand of self-determination bid premised on false claims of marginalisation and pursued through violence and violation of other ethnic nationalities and state institutions,” CNG said in a statement.

CNG used the occasion to reiterate its call for the suspension of the constitution review and initiation of a referendum to separate the South-East from Nigeria. “In this connection, we are hoping the NASS will come up with a framework to be agreed upon in the course of the referendum and its final implementation in the South-East or any enclave that wishes to secede from Nigeria,” CNG Spokesperson Abdul-Azeez Suleiman said.

This is a stance that reinforces the truism that politics is driven more by emotions than by rationality. Just as IPOB’s leaders make unrealistic assumptions in their conception of Biafra, so does CNG. Perhaps, even more so.

CNG implicitly concedes that separatist agitations are not limited to the South-East by extending its proposal to “any enclave that wishes to secede.” But the word “enclave” is rather nebulous. Would it apply to a village in Kaduna State, a group of villages in Ondo State and a local government in Benue State? In that case, might not what remains of Nigeria look like Swiss cheese, with pockets of seceded territories all over?

And then there is this detail in CNG’s proposal: “All identified indigenes (Igbo) of the enclave or entity that called for secession (South-East) must leave the territory of Nigeria and assemble in their designated enclave for the purpose of the exercise. The outcome of the referendum shall be final, irreversible and shall not be reviewed or reconsidered for any other reasons. Citizens of the break-away enclave shall be deprived of any automatic rights to return to the territory of the rump Nigeria, or to be admitted to live in any of its parts.”

Therein lies the equivalent of the legislative poison pill, the ploy commonly used by legislators to kill a bill they don’t like. The ploy is to insist on an amendment that supporters of the bill won’t support. Does CNG honestly conceive of a situation where all South-Easterners would be compelled by legislature to return home for a referendum?

In any case, CNG’s vision of Nigeria is diametrically different from that of the Nigerian Indigenous Peoples Alliance for Self-Determination. As I noted in the April 18, 2021 issue of Sunday PUNCH, NINAS proposes a future in which Nigeria is broken up into four independent federations. The North-East and North-West will become the Arewa Federation or Sharia Territory. And three federations in the South and Middle Belt will constitute an Alliance Territory. For practical purposes then, it is the North-East and North-West that will be excised from Nigeria by that proposal.

Ironically, if the CNG’s proposal is implemented, it could very well lead to the very fracturing and re-alignment that NINAS proposed. Is the CNG prepared for a Nigeria that consists essentially of the North-East and North-West? Or, putting it differently, a Nigeria without the North-East and North-West? In that case, CNG, IPOB and NINAS may as well form an alliance of political adversaries. If Nigeria is going to come apart it could well be in such dubious unity.

In any case, CNG’s attack on South East’s leaders is quite revealing of a major problem in human affairs: the inability of individuals and groups to see themselves in the mirror. As CNG’s Suleiman spoke of IPOB’s violence and Igbo leaders’ complicity, he probably blanked out Boko Haram and armed herdsmen. He certainly didn’t think of the long list of northerners who were recently identified as sponsors of the these and other violent groups.

In a recent comment on the escalating violence in the country, Vice President Yemi Osinbajo cryptically said that we should be honest with ourselves. That bears saying again and again.