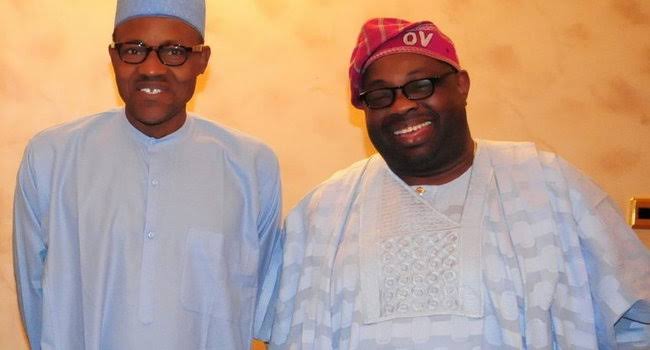 Fellow Nigerians, if I had any iota of hope or expectation left in me that our President, Major General Muhammadu Buhari (retired) has any chance of pulling some productive stunts in the less than two years to complete his second and final term, it evaporated and vamoosed into thin air a few days ago.

Let me start by congratulating the Thisday/Arise team that succeeded in persuading a usually taciturn and reluctant President Buhari to agree to speak to ordinary mortals at home instead of giving scoops to his favourite foreign journalists. Trust me, it was a landmark achievement for which the Group Chairman, Prince Nduka Obaigbena must be applauded. He once again demonstrated his famed daredevilry and nose for stories at the most opportune moment, at all times. The team of Segun Adeniyi, Reuben Abati, and Tundun Abiola, that he assembled also tried strenuously to ask all the right questions even if they got some wrong answers, for very obvious reasons.

I wish to disagree with those who have been disparaging the President and saying his performance was dismal and disappointing. In my view, the President performed above expectations given the seeming cold indifference with which he has come to be associated. As it is often said, water can only rise above its level. At nearer 80 than 70, the President cannot be expected to reinvent himself. He has never pretended to be a tech savvy wizard that modern leaders are expected to be. He has never shown himself to be anything more than a member of the analogue generation in imagination and innovation. He has little or nothing in common with the modern ways of life and it is clear that he is not prepared to ready to stress himself unnecessarily. He is perpetually and stoically stuck in his mindset. That is a fact. We must also consider his health challenges for which God has been extremely kind.

I know you’re likely to ask me, so why did you guys support him in 2015? I will never get tired of giving my standard answer. One. We were tired of PDP after 16 years of profligacy and all kinds of bad behaviour that seemed to make General Abacha begin to look like a Saint. Two. In the days of tribulations, you sometimes run to the elders of the family in order to tap into their uncommon experience and wisdom notwithstanding their shortcomings. We perceived Buhari to be such an elder. Three. We reasoned that whatever is lacking in the President would be covered by the Vice President, Professor Yemi Osinbajo who is recognised not only as a cerebral and knowledgeable man, but also an outstanding and accomplished administrator, given his stint at the helm of affairs of the Ministry of Justice in Lagos State. Four. We expected the President to cooperate beautifully with some of the bright people in his Party, who know their onions and can guide him in the right direction. Five. We never thought in our wildest imagination that any leadership, no matter its background, would ever have the temerity and audacity to lead us back to the dark days of the military. Six. We expected the President to have accepted the reality that the world has changed so drastically since he was forced out of power in 1995 and it is virtually impossible to continue to run government in analogue fashion.

It would certainly be definitely unfair and unkind to conclude that the President was totally bad in his responses and that he could be excused by the foibles and weaknesses that we recognise have become notable chinks in his armour. I’m happy he answered all questions honestly, frankly and sincerely. He deserves to be congratulated as well for even finding the confidence and courage to sit through the obviously harrowing interview session. I will now try to dissect this much talked about scoop of the year.

Setting. I loved the relaxed setting and atmosphere. The President dressed down and the interview must have taken place in his official residence and not in the office. It was obviously organised and presented to put the President at ease in an environment that he was most familiar and comfortable with. There would be no need to be guarded because he was in his natural habitat. One could see this confidence playing out in the course of the interview. Two of the very senior reporters, Segun Adeniyi and Reuben Abati were no strangers to the presidential villa where they had both respectively served as spokespersons to two previous Presidents, Alhaji Umaru Musa Yar’Adua and Dr Goodluck Ebele Jonathan.

So, they came with intimidating credentials as brilliant journalists with verve and experience. The only lady in the team, Ms Tundun Abiola, the daughter of the winner of the June 12, 1993, Presidential elections, Chief Moshood Abiola, is also a very brilliant and intelligent lady, one of the most admired presenters on television today. She combines beauty with brains. Led by the Chairman, Nduka, it could only have been a perfect team operating in an equally perfect environment.

The session. The interview started well. The questions poured in from every direction but in a decorously gracious and graceful manner, without being the pugilistic affair that it could easily have been. Though pre-recorded, I doubt if there was much editing of the content. The President oscillated from one mood to another depending how lovely or irritable he interpreted or misjudged the questions.

The President was more vocal than I expected that he would be. He seemed prepared to answer as many questions as were posed without attempting to fudge. It was like one determined to lay bare everything on his chest and exorcise the demons. Nevertheless, many people complained of not hearing him loudly and clearly enough, and sometimes, even lucidly. However, I think that had to do with his natural accent and intonation and nothing sinister or amiss. Many people are also too bitter and biased to listen properly to what he was saying and the views he was espousing, and for that reason might not really have heard him. On my part, I enjoyed the interview for the mere fact that he granted one at home. And also, of course, because it answered several questions about the President’s health and well-being as well as his level of control. It is difficult now to blame others, and not the President, for the ills and woes from this government. Several myths were busted!

The President remained true to his old self and beliefs and refused to persuade anyone that he is a born-again Democrat, which was one of the borrowed garbs we dressed him in prior to the 2015 elections. The man I watched was a proud, haughty and arrogant military officer, with no apologies for being a ruthless dictator.

The President reflected a deep disappointment, resentment and anger against the youths of Nigeria, whom he described as being overtly recalcitrant. His view was one of whatever suffering they are going through must have been self-inflicted and they deserve to suffer for it. He would not empathise with them. For me, the President probably considers the near collapse of the Nigerian economy as something which the populace and, especially the youths need to go through if they are to appreciate life. I am also sure that he sees it as a form of punishment for the pesky youths who have dogged his tenure with unacceptable and impossible demands almost as soon as he took office. Let me chip in here that he is obviously misinformed about Twitter. A country with our multitude and army of unemployed you would never ban social media, especially Twitter which has become a veritable tool of international business.

The President is without any fear of contradiction or apology a Fulani irredentist. He practically revealed that the itinerant Fulani herdsmen must be granted the rights of passage through the grazing routes established since the 1960s. This is a skilful way of telling the Southern Governors and whosoever is lamenting like the Biblical Jeremiah in the North Central to shut up. The President clearly does not seem to be concerned about the mayhem and carnage that these so-called Fulani herdsmen are leaving in the wake. Every Fulani is welcome in Nigeria regardless of the fact that most of the deadlier ones migrated here uninvited from the Sahel regions and are thus not Nigerian citizens. Once again, he made no effort to hide his pathological hatred for the Igbo nation, a people he sees as wholly Biafran. He kept his threat against them but no one noticed the same degree of venom against the people causing maximum mayhem in every part of the country. He told us to ask the military who are fighting the bandits. Unfortunately, we haven’t really seen much. As a matter of fact, we have lost most of our brilliant soldiers in the North than in the South East.

The President justified spending billions of dollars on over-stretching our resources to build infrastructure to and within Niger Republic. Again, no remorse, no apologies. In a country that has not completed one of its most important motorways, the Lagos-Ibadan Expressway, in the last six years, it is preposterous and unfortunate to listen to the Commander-in-Chief romanticize his first cousins in Niger Republic. He even told us the only way to defeat Boko Haram and banditry is to take good care of Cameroon, Chad and Niger. But should charity not begin from home? Or maybe it does!

The President stoutly defended his now infamous lopsided appointments by anchoring it on merit. One would have thought from this answer, that most people in the Southern States of Nigeria are certified dullards who couldn’t pass their professional or other exams and interviews. Since we know the reverse is the case, we can not only wonder how the President can sit with a straight face and make the kinds of statements that he did about his lopsidedness that is clearly hinged on unbridled nepotism. And the President kept a straight poker face while justifying the biggest mistake of this government. Nothing has contributed more to the near disintegration of Nigeria than the feeling of those treated like second- and third-class citizens in their own country. That the President could seriously take the view that he did, and feel comfortable about it, demonstrates a personage who has been cut off from the outside world and whose depressing isolation is compounded by the fact that he has lost touch with reality.

It is further distressing that the aides you have, who are at least blessed with some truth and knowledge of our excruciating conditions will not properly advise their Principal and set him on the right path whenever it seems he has derailed and needs to be reined back, out of monumental fear and trepidation. However, it appears that the President’s subordinates are content with the role of lackeys and silent clowns in order to remain unseen and thus keep their jobs.

Rome is burning and the Emperor is busy fiddling away and regaling his captive audience in the villa and outside with tales of his supremacy, mastery and position of maestro in ages gone past.

On Democracy Day, it is sad and depressing, a monumental tragedy, that we do not have a democrat in office as President. May God help Nigeria survive this misfortune and its backlash!