Home Columnist Tension in Manchester as Mendy and Kante return to training ahead of... 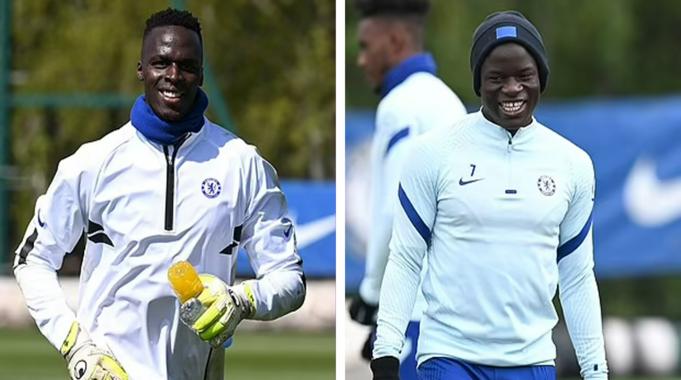 The mood in the city of Manchester, England has been dampened by the news of N’Golo Kante and Eduardo Mendy’s return to training ahead of the UEFA Champions League final on Saturday.

For Pep Guardiola’s Manchester City, the fear of Kante is the beginning of wisdom as far as the final tomorrow is concerned. Kante is currently the best midfielder in the world.

The French international who defeated the likes of Luka Modric and Toni Kroos of Real Madrid on the road to the final would definitely make Guardiola have sleepless nights.

On the other hand, Mendy has been on excellent form for the Blues. With Manchester City likely not to field a natural striker, scoring Mendy would be like a huge mountain to climb.

Mendy and Kante returned to Chelsea training with the rest of the first-team squad at Cobham on Wednesday in a welcome boost for Chelsea.

Mendy was replaced at half-time against Aston Villa after he injured his ribs colliding with a post, while Kante missed Sunday’s defeat at Villa Park with a hamstring problem.

Meanwhile, Chelsea have returned 800 unsold tickets to UEFA for Saturday’s final, from their allocation of 5,800 for the game against Manchester City in Porto.

Chelsea have sold all their 2800 allocation of match-only tickets. Those fans will travel independently and can go and come back when they want.