Home Columnist MD Umar’s acquittal: What next after years of media trial? 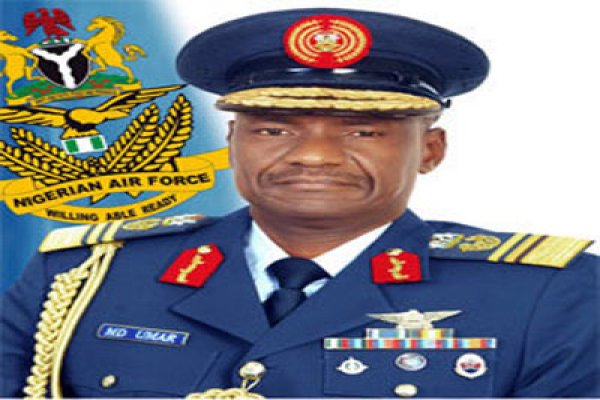 The media which is the fourth pillar of democracy has been transformed into a public court by politicians and men and women of influence. The vital gap between the convict and accused is completely overlooked by the media by keeping at stake the cardinal principle of “presumption of innocence until proven guilty.”

The media now forms public opinion against the suspect or the accused even before the court takes cognizance of the case. As a result of this, the public is prejudiced against the accused who should be assumed to be innocent until proven guilty.

The influence of politicians or public office holders, have made most media reports today not to be free of vindictiveness, vendetta or malice, thus affecting the credibility of journalists.

In what seemed to be a campaign of calumny in the eyes of many observers, the Economic and Financial Crimes Commission (EFCC) had in 2016 charged Nigeria’s former Chief of Air Staff, retired Air Marshal Mohammed Dikko Umar with seven counts of money laundering.

The prosecution alleged that Mr Umar diverted over N4.8 billion from the Nigerian Air Force’s account between September 2010 and October 2012 and used the funds to acquire property in choice areas of Abuja and other places in the country.

However, on February 23, after more than five years and many hearings, and several witnesses, the Federal High court in Abuja looked into the matter and dismissed six of the seven money laundering charges filed against Mohammed Umar.

Now that almost all the cases have been dismissed, what next?

Another question: what happens when an individual has gone through media trial and is finally cleared of all charges?

Are the accusers going to offer a public apology and find ways to clean up the mess?

Retired Air Marshal MD Umar has made a name for himself. He has friends and family who adore him. He has a community that looks up to him. Sadly, his detractors took him to trial not only in court but on the pages of newspapers without clear evidence, knowing full well that it took him over 30 years to build his reputation.

I am not saying anyone is above the law. But before we drag any individual to court we have to do our home work diligently. We have to be meticulous in our investigations. And after several years of defamation of character via the media, the honorable thing to do is to apologize publicly.

There have been cases where the court orders government to pay its victims but they hardly comply.

Public office holders must be guided by the pursuit of justice and national interest rather than serve narrow selfish private interests or the desire to even scores with people who have held public office.

Are they thorough or meticulous in their investigations before charging a person to court?

We should not target people just to tarnish their image. There should be substantial evidence when accusing anyone of corruption. In a situation where it is not clear, they should let go.

Nigeria has been made to look like a rogue state in the eyes of Nigerians and the international community where things can never be done right or government business is conducted in such a manner as to promote ulterior motive.

The right thing can still be done to remedy the situation and right the wrongs. I think the Attorney General of the Federation should immediately proceed to offer a public apology on behalf of the federal government as soon as public office holders have been acquitted.

We must stop trying to rubbish those who have served this country under the sun and in the rain in any capacity just because we have some cheap scores to settle. We should take our institutions and the image of Nigeria into consideration whenever we are being pushed by emotions rather than logic.

Some of MD Umar’s achievements below:

He enlisted into the Nigerian Air Force in July 1976 (member of Short Service Course 12).

Umar was appointed the 17th Chief of Air Staff on 8 September 2010 and stepped down on 4 November 2012 after a distinguished career spanning over 37 years.

Based on his achievements that remain visible, he has been adjudged my most analysts to be the best Chief of Air Staff the Nigerian Air Force has ever had.

As soon he has assumed office, it was clear for all to see that Air Marshal Mohammed Dikko Umar was a man on a mission to leave a lasting legacy.

Umar took a number of bold initiatives. Some of these initiatives include the constitution of a quick deployment force, a composite and self-supporting force possessing capabilities across the full spectrum of potential air operations aimed at drastically reducing NAF’s reaction time in national emergencies as well as NAF’s ability to project credible and balanced force in support of Nigeria’s national objectives.

According to reports, his administration also adopted a new orientation in NAF budgeting preparation so as to ensure that the entire capital vote/appropriation paid more attention to NAF’s aircraft reactivation and acquisition obligations.

The immediate benefit of this reprioritization the Columnist Ng learnt, was the renewed confidence shown by customers and vendors alike and consequent delivering of new platforms and resumption of rehabilitation of NAF aircraft fleets.

Under Umar’s leadership, Nigeria had its first ever female military pilot. History was made on April 27, 2012 in Abuja as Nigerian Air Force produced the first female military pilot in the sub-region, when Flying Officer Blessing Liman and 29 others joined the list of military officers at a well attended ceremony hosted by Chief of Air Staff Mohammed Dikko Umar.

In the area of self reliance, The Columnist Ng gathered that the Umar led administration initiated measures to curtail waste and ensure the attainment of reasonable level of self-reliance. One of such is the insistence that major aircraft overhaul/maintenance must be carried-out in-country. The strategy adopted towards achieving this was not to procure any weapon platform or waste fund to retain any aircraft type for which in-country maintenance capability cannot be acquired within a reasonable time frame.

In line with the quest for self reliance, the NAF under Umar also accelerated the transformation programme of the Air Force Institute of Technology (AFIT) through affiliation with Cranfield University, United Kingdom. AFIT was established to generate, disseminate and apply knowledge through the utilization of innovative research findings and products for the enhancement of the capabilities of the NAF and other stakeholders in the aerospace/aeronautical industry. With emphasis on Research and Development, AFIT presented a dual advantage of enhancing military capability as well as national power. Umar also embarked on aggressive foreign air and ground crew training to eradicate the hitherto gross aircrew manpower deficiency and for the amelioration of aircrew generation gap which the NAF has grappled with for years. In line with this, was the domiciling of helicopter pilot training in Enugu through a public-private partnership through an agreement between the NAF and an indigenous company that contributed assets in term of manpower, platform, equipment and fund.

Being an intellectual himself, the Umar led administration also saw the need for the NAF to have an intellectual environment to drive efficient delivery of airpower in furtherance of Nigeria’s geostrategic aspirations in the face of emerging challenges in modern air combat and the new dimensions assumed by national security in recent years necessitated the establishment of the Air Warfare Centre located within the 99 Air Weapons School, Kainji. Additionally, Umar took a cursory review of emerging geostrategic environment which made it imperative for the NAF to establish presence in key parts of the country to enable her fulfil her constitutional role promptly.

Accordingly, NAF Forward Operating Base (FOB) at Sokoto was reactivated to enhance effectiveness of NAF operations in North Western Sector of the Country while facilitating NAF’s capacity to deter and promptly engage external aggression from that axis. Under Umar, pilot enlistment through the Direct Short Service Course (DSSC) scheme was initiated due to dearth of pilots in the NAF. This initiative did boost the number of pilots in the NAF and also saw to the graduation of the first female pilot in the NAF. Umar was also an advocate of pilot training in the NAF.

Umar also established an Air Force Comprehensive Secondary School (AFCS), located in Kwa, on the outskirt of Kano, to cater for the educational needs of personnel’s children in particular and civilians in Kano community. He also Upgraded the 303 Flying Training School Medical Centre to 349 Nigerian Air Force Hospital, Kano to cater for the medical needs of the student pilots and instructors as well as other staff and dependents of 303 FTS. With the envisaged increase in flying activities in Kano shortly, coupled with the establishment of Air Force Comprehensive School Kano, the population expected to be served by the Centre will further increase, this initiative became necessary to upgrade the medical centre to a NAF Hospital to be known as 349 NAF Hospital Kano with full complement of a NAF referral hospital. Umar achievements in the health sector were well recognised as he ensured that all NAF medical Centres received the desired attention the deserved. Perhaps it was in recognition of this that the Medical Laboratory Science Council of Nigeria awarded a 5-star status to the medical laboratory department of the 445 NAF Hospital Ikeja. The Nigerian Air Force Conference Centre and Suites was also an initiative of Air Marshal Umar who acquired the land and saw to its construction as the 17th Chief of Air Staff.