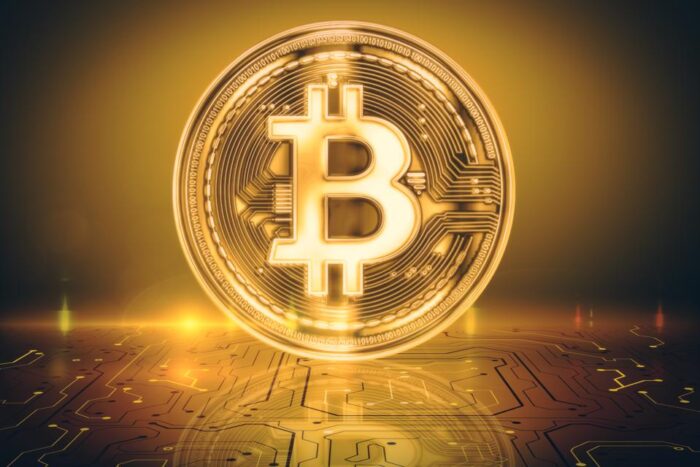 The dramatic pullback in bitcoin and other cryptocurrencies comes as a flurry of negative headlines and catalysts, from Tesla CEO Elon Musk to a new round of regulations by the Chinese government, have hit an asset sector that has been characterized by extreme volatility since it was created.

The flagship cryptocurrency fell to more than three-month lows on Wednesday, dropping to about $30,000 at one point for a pullback of more than 30% and continuing a week of selling in the crypto space. Ether, the main coin for the Ethereum blockchain network, was also down sharply and broke below $2,000 at one point, a more than 40% drop in less than 24 hours.

The recent slide is a reversal from the dramatic rise that started in the second half of last year. The price of bitcoin is still up more than 200% since September, the product of a dramatic bull rally sparked in part by hedge fund managers, banks and other companies appearing to embrace cryptocurrency.

“A lot more people own crypto. Crypto has seeped into pockets all over our society and you had a confluence of events — a combination of Tax Day, Elon Musk tweets, whatnot, where you started breaking down the positivity in the price action, and now we’ve got a liquidation event,” longtime bitcoin bull Mike Novogratz said Wednesday on CNBC’s “Squawk Box.”

Part of the reason for bitcoin’s weakness seems to be at least a temporary reversal in the theory of broader acceptance for cryptocurrency.

Earlier this year, Musk announced he was buying more than $1 billion of it for his automaker’s balance sheet. Several payments firms announced they were upgrading their capabilities for more crypto actions, and major Wall Street banks began working on crypto trading teams for their clients. Coinbase, a cryptocurrency exchange company, went public through a direct listing in mid-April.
However, Musk announced last week that Tesla would no longer accept bitcoin as payment, citing environmental concerns. He did suggest on Wednesday that Tesla is not selling its existing bitcoin holding, using emojis on Twitter to say the company has “diamond hands.”

And Coinbase, which surged above $400 shortly after its first trade on April 14, quickly gave up those gains and was down near $220 per share on Wednesday morning. Its direct listing date is also the day of bitcoin’s most-recent all-time high.

Additionally, a new report from JPMorgan said that, based on futures contracts, institutional investors appeared to be moving away from bitcoin and back to gold. Bitcoin is often touted as a potential replacement for the traditional metal as a store of value.
A risk-off trade?

The weakness is not isolated in crypto, suggesting that the moves could be part of a larger rotation by investors away from more speculative trades.

Tech and growth stocks, many of which outperformed the broader market dramatically during the coronavirus pandemic, have also struggled in recent weeks.

The Ark Innovation ETF, a fund of high-growth stocks led by star fund manager Cathie Wood, is down more than 30% from its February highs. As of Wednesday morning, the tech-heavy Nasdaq Composite has fallen 6.9% from its most recent closing high on April 26. The small cap Russell 2000 is down 5.6% over the same period.
The declines have also coincided with the delayed deadline for tax payments, which could have caused selling pressure as investors looked for cash to pay off capital gains tax liabilities.

Bitcoin and related assets have also come under increased scrutiny from regulators around the world as they have grown into a bigger part of the financial markets.

“We believe government crackdown on cryptocurrencies can trigger another ‘crypto winter’ and reduced trading activity. Harsher crackdown on crypto is possible in many developing countries which may view crypto as a threat to their fiat currencies and monetary system,” Bernstein’s Harshita Rawat said in a note Tuesday.
China, which is developing its own government-run cryptocurrency, reasserted its rules against other digital currencies on Tuesday, banning financial companies from providing services for crypto trading.

In the U.S., newly appointed Securities and Exchange Commission Chair Gary Gensler said earlier this month that he thought regulators should be “technology neutral” but more consumer protection is needed in crypto markets.

The rise of dogecoin, which was started purely as a joke before gaining wider popularity with the help of Musk, could also have hurt the overall credibility of the crypto market. Some of the moves in the smaller, less-developed coins suggest that the crypto bull market was tied to the rise of speculative day trading in stocks instead of the increased institutional interest.

Other less serious cryptocurrencies have also seen increased interest in recent weeks. On Monday, Barstool Sports founder Dave Portnoy announced that he purchased $40,000 of a cryptocurrency called safemoon, which he described as a “s—coin.”

“It’s early. If it is a Ponzi, get in on the ground floor,” Portnoy said in a video posted on Twitter.