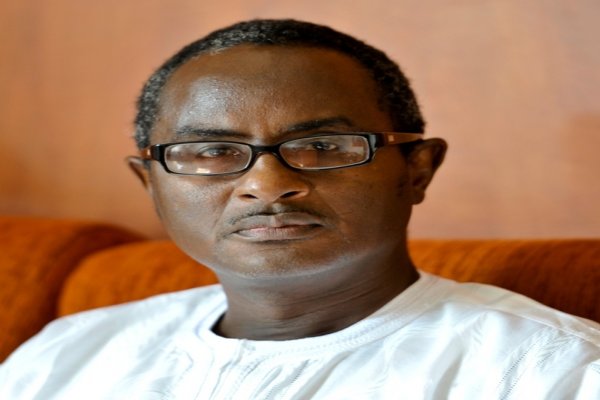 I’m certain that many people will be astonished by the thematic core of today’s column: the extolment of someone who isn’t dead and whom I have a good reason to resent for capitulating to pressures from the Presidency to squelch my voice in his paper.

In December 2020, two significant events happened in Nigerian journalism: Malam Kabiru Yusuf, the Chairman and majority shareholder of Media Trust, which publishes the Daily Trust, was elected president of the Newspaper Proprietors’ Association of Nigeria (NPAN) and Mr. Sam Nda-Isaiah, Chairman of the Leadership Newspaper, died.

I wrote this column in December 2020 to reflect on these events but kept putting it off because more pressing issues kept emerging that eclipsed it.

Well, people who’d said the unkindest things about Nda-Isaiah when he was alive wrote eloquent praises about his incomparable professional, moral, and intellectual strengths. But I’m unaware of anyone who used the occasion of Yusuf’s election as NPAN president to write about his character, professionalism, and intellectual vitality.

Why do we see the good in people only when they’re dead but obsess over their foibles when they’re alive? I think part of the reason we’re reluctant to celebrate the living is the fear of being misunderstood as angling to win their favor through flattery. Well, people who are familiar with the breakdown of my relationship with Daily Trust know that if I were to obey my gut inclinations, my reflections on its owner would be clouded by negative emotions. But I choose to transcend that.

I have known Malam Kabiru Yusuf since 1998 when he employed me as a reporter— on the recommendation of Professor Attahiru Jega, his childhood friend who was my mentor at Bayero University, Kano. In more ways than he is aware, he taught me a lot, shaped my professional sensibilities, and fast-tracked my journalistic growth and maturity.

He loves to give a chance to young people almost as an article of faith. He prizes competence and youth over longevity of experience for its own sake. A lot of the people who have held important positions in the Trust newspapers were in their late 20s. He appointed me news editor at the Weekly Trust (and later of the Daily Trust) when I was in my 20s and nominated me to represent him at places where older, more experienced editors gathered.Although I was one of the youngest people in the newsroom, he recognized my professional journalistic training and would occasionally devote a good portion of the editorial meetings to request me to teach my colleagues and my seniors about professional news writing conventions. This both flattered me and boosted my professional self-confidence.

Abdulaziz Abdullahi, Habeeb Pindiga, Nasiru Lawal are other examples of Daily Trust editors who didn’t have extensive reportorial experience before they became editors and who were in their late 20s/early 30s when they became editors. The paper’s current Editor-in-Chief, Naziru Mikailu, is in his mid-30s.

Yusuf also embraces the unconventional. When he started the Weekly Trust in early 1998, he hired a smart, quick-witted political science university teacher with no prior journalism experience by the name of Isyaku Dikko as editor. Dikko’s professional “outsidedness” gave him fresh, out-of-the-box perspectives that made the paper stand out.

He also appointed Ishaq Modibbo Kawu, an accomplished broadcaster with no prior print journalism experience, as Daily Trust’s second (and first substantive) editor. It wasn’t just an unconventional move designed to creatively disrupt settled and familiar professional boundaries in print journalism; it was also, I suspect, an intentionally expansionist move to centralize the margins of the North in the paper. Kawu is a Yoruba-speaking Kwaran from Ilorin who traces patrilineal descent from the Fulani but who speaks neither Fulfulde nor even Hausa with any proficiency.

And this leads to another attribute of Yusuf’s that is rarely recognized. Although he has his own primordial loyalties like most Nigerians, he is extremely cosmopolitan and urbane. That’s why the Daily Trust has more “federal character” than the Federal Character Commission—and any newsroom in Nigeria. I heard him on more than one occasion tout the virtue of ethnic and religious diversity in the reportorial corps of newsrooms for practical reasons.

Yusuf challenged his reporters to think big and had no hesitation to let them materialize their ideas. One day in 1999, we debated what our cover story would be, and a lot of people suggested we do a story on the cries of “marginalization” by the elites of the North only a few months after Obasanjo was in power.

Just when everyone thought we had a good story, I opposed it. I said political exclusion from the orbit of the power structure was not a faithful rendition of the real meaning of “marginalization,” insisting that the only truly marginalized people were the underclass, the economically and socially disaffiliated: people who slept under bridges, Ogoni people whose land had been despoiled by years of oil exploration, communities on the edge of existence, etc.

Marxian notions of injustice were still fresh in my brain and, as a former ABU- and Toronto University-educated Marxist himself, he nodded and said he would give me a chance to bring my idea to life. He approved my request to travel to Ogoni land, including Ken Saro-Wiwa’s hometown of Bane, rural communities in central, southern, and northern Nigeria, and so on. It turned out to be one of our most consequential cover stories.

He also showed empathy in ways that weren’t always apparent to people who looked at his cold surface. I recall in 2000 that he assigned me to cover the raging Kaduna Sharia riots where scores of people were being murdered.

After the editorial meeting in his office, I came to the newsroom and told my then girlfriend who later became my wife that Malam Kabiru wanted me dead. I didn’t know he had left his office, was in the newsroom, and heard everything I’d said.

I froze when I saw him. But what he said and did touched me so deeply it’s still as fresh in my mind as if it happened yesterday. He said, “Farooq, I cherish you too much to want you to die, but I do understand your reluctance. To show you I don’t want you to die, I’ll go with you to do the story.”

He was calm and had no hint of anger. He drove me around Kaduna amid the killings. I wore a shirt and trousers and could be mistaken for a southern Christian. Wherever we were stopped in Muslim-dominated areas, he would make sure to say in Hausa I was “dan Kwara” or “dan Ilori” and that I was a Muslim.

I also remember his humility. It isn’t self-conscious, self-advertising humility. It’s natural humility. During production nights in Kaduna, he stayed the nights and dined with us. He hated red tape, excessive bureaucracy, and elaborate formalities. He’s had the same (and only one MTN) phone number since mobile telephony started in Nigeria!

When a now late colleague of mine at my university returned from a world journalism conference in 2014 from somewhere in the Middle East and told me he met a former “colleague” of mine there who sent his hellos to me, I frankly didn’t think it was Yusuf, although I know him as someone who disdained vainglory.

It turned out that Yusuf recognized that he taught at Kennesaw State University and asked if he knew me. My friend asked how he knew me, and he said I was his “colleague.” When I told my friend that Yusuf was not only my boss, he owned at least 40 percent of the newspaper I worked in, he said that was some sky-high modesty even by American standards!

It’s also not often known that Yusuf is one of Nigeria’s finest prose stylists in English. It’s sad that he has stopped writing. I was fortunate to read not just his occasional pieces in Weekly Trust and Daily Trust but his past columns in Today and Citizen. He has a distinctive style that privileges freshness in word choice and imagery, and that shuns clichés with what seems like a religious zeal.

When everyone overused words and expression, he’d choose everyday but nonetheless distinctive alternatives, which gave his writing originality and admirable stylistic sparkle. He was probably a poet in his youth.

I congratulate him on his election and hope that he brings his extensive experience to bear in the running of the NPAN.