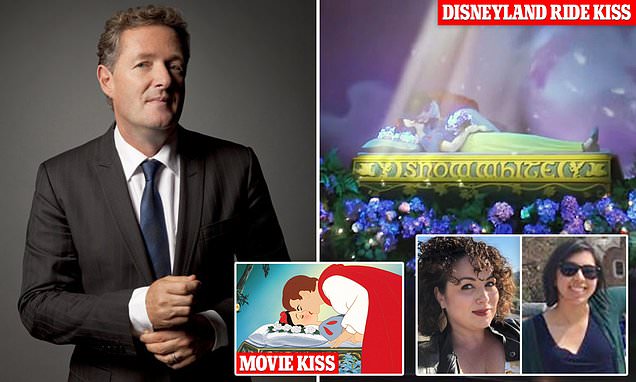 The coronavirus pandemic has destroyed millions of lives, wrecked global economies, stolen our basic freedoms and left all of us feeling deeply deeply p*ssed off.

(Well, apart from Amazon’s billionaire boss Jeff Bezos who got massively richer as he sent us all the things that we weren’t able to go to stores to buy.)

And for the poor citizens of countries like India and Brazil, it has now evolved into a raging catastrophe of horrific proportions.

But for some people, Covid-19 has been of secondary importance.

The lunatic woke brigade, seemingly oblivious to what’s happening in the real world, have spent the past 15 months continuing to bleat about any ‘micro-aggression’ that upsets them,

And as we know, that means pretty much everything – from chess being ‘racist’ (white always starts) to fat-free frozen yoghurt triggering eating disorder distress (thank you, Demi ‘dimwit’ Lovato).

Today though, we’ve reached the absolute nadir of mind-numbingly stupid wokery, an achievement for which the bar is staggeringly low.

Extreme illiberal liberals have sparked a furore which even by their standards is so absurd, so pathetic, so indescribably dumb that I can barely believe it’s real.

But it IS real, which is ironic because it’s about something that isn’t.

The latest target of their whiny self-righteous ire is Disney’s newly revamped Snow White’s Enchanted Wish ride at the theme park in Anaheim, California, which has just reopened after 400 days.

Changes to the ride, which was originally called Snow White’s Scary Adventure and has existed in various forms since 1955 without offending anyone, include new audio and visual technology, laser projections, and a state-of-the-art animation system.

Disney said visitors would be ‘absolutely blown away by this dazzling attraction and such a sweet storyline.’

However, it now ends with the famous scene from the smash hit movie of the iconic ‘true love’s kiss’ between the Prince and Snow White as she sleeps.

And it’s this addition to the ride that has sent the wokies out of their minds because they say the Prince didn’t get consent before kissing Snow White and is therefore a sickening sexual predator whose actions will encourage others to commit similar acts of depravity. 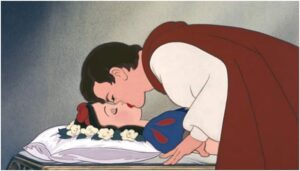 At this stage, I think it would be useful to remind ourselves exactly what actually happens in the movie:

There’s not a single part of this delightful, charming and uplifting tale that couldn’t warm even the stoniest of hearts.

The bad guys lose – the wicked Queen dies – and the good guys win.

Self-evidently, none of the Prince’s behavior could be remotely described as ‘problematic’ because he saved his sweetheart’s life.

But the wokies have hearts of Graphene – a hexagonal carbon lattice that is the world’s strongest and most impregnable material – towards anyone that doesn’t conform to their intransigently intolerant joyless view of life.

So, naturally, they find the whole thing incredibly offensive and believe the Prince to be a malevolent sexual deviant because he didn’t ask Snow White for consent – something that may not have struck his mind given that HE THOUGHT SHE WAS DEAD.

This crucial fact cuts no ice with the wokies.

In a review of Disneyland’s revamped Snow White ride, posted at the weekend, two female journalists on SFGate, digital arm of the San Francisco Chronicle newspaper, expressed their outrage at the Prince’s conduct.

Katie Dowd and Julie Tremaine were appalled by ‘a kiss he gives to her without her consent, while she’s asleep, which cannot possibly be true love if only one person knows it’s happening.’

Then they fumed: ‘Haven’t we already agreed that consent in early Disney movies is a major issue? That teaching kids that kissing, when it hasn’t been established if both parties are willing to engage, is not OK? It’s hard to understand why the Disneyland of 2021 would choose to add a scene with such old-fashioned ideas of what a man is allowed to do to a woman.’

Their ridiculous load of virtue-signalling guff soon went viral on social media, with many other wokies rushing to praise them for calling out the Prince’s abusive conduct.

But the truth is that by gallantly and tenderly kissing his love goodbye –something that grieving people do to their deceased loves ones every minute of every day all around the world – the Prince saved her life. Then they got married and lived happily ever after.

Oh, and there’s another rather important point to consider: none of this is real. It was an animated film, a cartoon.

Snow White didn’t exist, and nor did the Prince, the wicked Queen, or any of the Seven Dwarves.

So, there’s nothing sinister about any of this, unless your mind is so utterly twisted by the demented desire to be offended by absolutely everything that you’ve taken leave of your senses.

‘I’m sorry, this is what’s wrong with the world,’ tweeted New York Rangers star Matt Traynor. ‘Snow White, a fictional character getting brought back to life by a kiss by her future husband. Y’all taking things too far and ruining the gullible by making them believe this is what to flip out about instead of REAL issues…’

In other words, she would remain effectively dead.

So, the logical conclusion of the woke campaign to stop the Prince kissing her is that they would prefer for Snow White to be dead, and that seems a highly ‘problematic’ place for these supposed feminist warriors to find themselves.

I refuse to let this happen.

I stand with the chivalrous Prince and won’t let the wokies kill Snow White.

And my message to these murderous imbeciles is a simple one:

Can you just shut the f**k up?

You’re pathetic & exhausting, and nobody in the real world agrees with you – about anything.

I send this advice with a non-consensual kiss in the hope it saves you from an otherwise slow, agonising woke death. Mwah.