Home Columnist A word for South-East governors – By Niran Adedokun 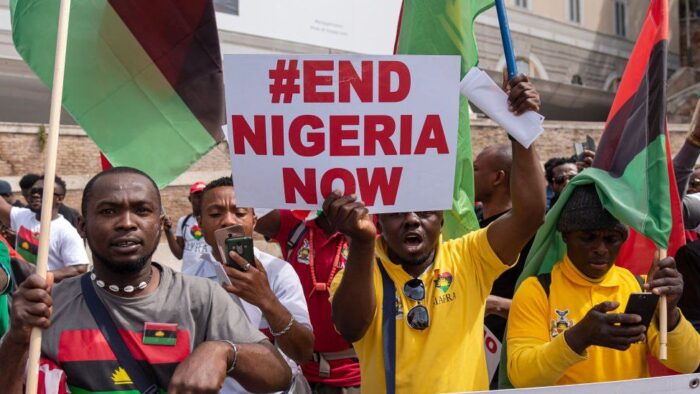 One of the most unfortunate things about leadership in Nigeria is the process by which it is derived. With the absence of a rigorous selection process based on merit, adequate know-how and manifestable compassion, all sorts of individuals attain leadership positions without the faintest idea of what to do when the test of leadership comes.

Nigerian leaders savour the perks, glamour and power that attend office, all of which they misuse wantonly.  They do not understand that leaders are made for tough times and that leaders make history and build legacies just by the dexterity with which they pilot their charges out of such tough moments.

That is not to say that everyone who becomes a leader must know everything about everything but what a leader does not know, they must know someone who knows and has the humility to let such knowledgeable people drive processes that demand their expertise. Those who lead cannot afford to be forgetful hearers and observers, unwilling or unable to learn from the past.

These were the thoughts that gripped me as I pondered the escalation of violence in the South-East and the seeming knee-jerk reactions of governors of the states in recent times.

Just a little over a decade back, the killing of policemen and attacks on police stations started in the North-East by the hands of members of the Boko Haram terror group. On a particular occasion, clashes with security agencies in Bauchi, Maiduguri and Potiskum were said to have left about 700 people dead. Mohammed Yusuf, who founded the group, was killed in police custody eventually.

But before violence broke out in 2009, Boko Haram had existed for several years, mostly conducting itself peacefully. Although this violence did not start until the arrest and subsequent death of Yusuf, Wikipedia indicates that even then, these insurgents’ weapons were no more than “fuel-laden motorcycles” and “bows with poison arrows.” In the aftermath of Yusuf’s death however, things took a dramatic turn. The insurgents initially took it out on any perceived agent of the state; by January 2010, full-scale terrorist attacks began, and Nigeria has not been the same since.

In September 2018, there was a jailbreak in Bauchi.  Some 700 Boko Haram militants were said to have been freed. Eleven years on today, tens of thousands of people have lost their lives to this insurgency, millions have been displaced and peace still eludes Nigeria. All said and done, I hold the opinion that this crisis could have been better managed if Nigerian leaders had the presence of mind to engage and nip the insurgency in the bud.

So, can governors of the South-East see a semblance between how Boko Haram evolved and the trouble that is brewing in that zone? Between Anambra and Imo states, the Nigeria Police has lost many of its men, structures, and facilities in the past couple of months than one can readily recall. The height of it all was when early this month, a dual attack was launched on the Imo State Police Command headquarters and the Nigerian Correctional Service centre on Easter Monday! At the end of the operation, about 1,800 inmates were freed from the prison facility while many vehicles were burnt at the premises of the police command. Nineteen days later, the country home of Governor Hope Uzodinma was visited by gunmen who torched cars through petrol bombs and left some security personnel dead. Does this sound familiar?

The Commissioner for Information in Imo State, Declan Emelumba, told newsmen that the “group of hoodlums numbering about 15 and driving in a motorcade of three vehicles, accompanied by a tipper loaded with used tyres…” perpetrated the act. Now, in the three weeks between the dual attack in Owerri and last weekend’s attack on Uzodinma’s home, there have been countless bouts of violence on policemen and their offices, yet, Uzodinma and his friends have not done much than threaten members of the Indigenous People of Biafra and their Eastern Security Network, suspected to be behind some of the violence.

The other thing they did -establishment of a regional security outfit codenamed Ebubeagu, good as it is, is a belated move that speaks to the inability of the governors to act proactively.

In the four months preceding the April 11, 2021 meeting from which the governors rose to pronounce Ebubeagu, more than 100 people have either been killed or abducted between Ebonyi, Anambra, Abia and Imo states by people purported to be herdsmen. Not only have governors mostly folded their arms waiting for an elusive help from the Federal Government, they, in certain instances, invited security agents to crush what seems to be attempts by the people to defend themselves.  These invitations and the brutality that followed bred negative sentiments against members of the security forces such that a BBC report suggested that at least 67 security agents were killed between December 2020 and March 2021 between the South-East and South-South zones.

Even after this pronouncement, it took the governors another 15 days and last weekend’s attack on Uzodinma’s country home to assemble again, co-opt traditional and religious authorities and finally ask state attorneys-general to quickly work out the legal framework for the security outfit! For a region, which has been under incessant attacks for months, one would expect laws to be ready within one week of the initial pronouncement, if not before. But no, the governors apparently went took a vacation mode until one of them was hit.

That attack on Uzodinma’s home has now created so much panic amongst the governors that they are busy fortifying their homes. They have also called on the Federal Government to fish out and prosecute perpetrators of the act. This fright is so real that a few hours after the incident, a man suspected to be an IPOB leader was killed alongside six others by security men. Does this not also sound familiar?

But leaders only need to fear where they are not loved! And love for leaders is only engendered by one thing; a compelling persuasion of the people that those they have elected, put them first. That is a front on which many leaders’ disinterest has become obvious to Nigerians

That event, orchestrated by monsters made by the country, exposed government’s impotence, and showed the citizens the vulnerable points of their leaders. It is a wonder that we do not understand that things can never be the same again. Currently, many Nigerians believe that the country has failed them, and they have become hopeless. Confronting such people with the full force of state power will only postpone the evil day because there will always be remnants who will carry on from where they stop unless the country changes. More so, with the success, hard to accept as it is, of the hooliganism that visited Nigeria last October. For instance, how many of the perpetrators of those crimes was the state able to arrest and bring to book?

Dealing with the place of despair that a lot of Nigerians are now requires a lot of intelligence, a balance of the use of persuasion and force. Governors of the southeastern states can avoid every internal and external attempts to turn their jurisdiction into a war zone by engaging in honest stakeholders’ consultations, the kind that the Nigerian state is avoiding. Here, honest conversations should hold as to the grouses that the people hold and the best ways to solve them. It is impossible for any society to harbour the number of uneducated, untrained, and jobless young people Nigeria does and sleep with two eyes shut. But the spreading of hope by leaders can nourish and uplift the most despondent of souls. Everything that brings hope to the people is what these governors should start to sell to their people fast.