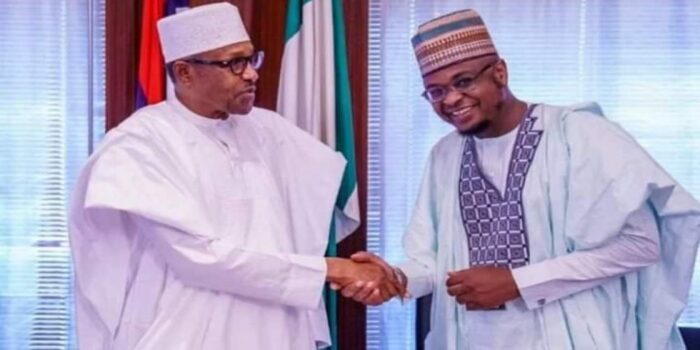 It was one of my favourite Nollywood actresses’ acts: Yewande Adekoya (“Kudi Klepto”) that kept coming to my mind in the last few weeks. In that 2013 captivating role where she played a kleptomaniac, Kudi was stealing anything in sight: House keys that she couldn’t enter to even sleep in, clothes that she would not be able to wear because her neighbours were still searching for them. She stole to the point that her prayer warrior mum almost gave up her faith.

It took an extra – terrestial journey to deliver Kudi from her malady!

Today, Nigeria’s leadership crisis is worse than having a kleptomaniac relative. Religious prostitutes, political hypocrites and terrorist’s sympathizers have taken over power and no one is going any extra mile to re-write the history; not even Uncle Gbajabiamila.

Sorry, I take that back.

At a time when he could have become a hero of a failing democracy, he simmered, cooing the minority leader: Mr Elumelu like a mother- hen shutting her chicks up when the eagle attempts to have a blood meal!

We could interprete Mr Speaker’s shooting down of Elumelu’s motion of a point of order when he asked for the immediate resignation of Mr Isa Pantami; as a fulfillment of the Yoruba tongue that says:

Meaning the chicks do not know their greatest enemy – the eagle – but their Mother – hen knows the perennial flesh eater!

“Gbaja” like he is called sometimes on Twitter knew how he got his seat in a tit for tat. It is time to rub the backs of his puppeteers.

Continue sir, you are using your time like a snake crawling on the rock.

A sad tale of no impact…

I can’t even remember any name of the leaders of the House of Assembly in the closest GEJ time without asking Google as I type this.

But ask me about a woman whose chants of the “doctrine of necessity” saved Nigeria from the cabal of Jonathan’s predecessor; I would shout Professor Dora Akunyili! (RIP).

Dora stands dignified even in death than many of our “come and chop” political hoodlums gagging our democracy!

Many of our present crops of leaders should sleep the “7 times naps” typically prescribed by our elders for those whose line of thoughts have entered the river: “Alainironu Ara Nigeria!”

Heavens or whatever you believe Supreme write it all down for you all sirs.

Mr Pantami whose Tafawa Balewa University days were marred with religious fanaticisms to the point of inciting religious violence in his days of higher school learning in far away Bauchi state.

That is the kind of our Minister of communications  among over 200 million people. And he said he has repented now and we should be clapping abi?

We have been jinxed. Wallahi.

And our Rubber Stamp legislative arm stamped this persona on the alleged US terrorism check list as a honourable member of the Federal Executive Council meeting!

I mean, he gets first hand information.

Well, the Punch cartoon flakes aptly showed it barely 24 hours ago, the long arm that travels from Mr Buhari’s camp, is allegorically pulling down our fights against the worsening insecurity menace. We seem excited.

Yes and so it seems, our potential suspect is in charge of registering Nigerians’ salient and very specific information, day and night, linking BVN to NIN and then to our SIM cards!

Little wonder when the Emergency Services came calling like a thief in the night, we register and register like a bet Naija promo addict,  yet armed Bandits are still able to call people’s compounds in Kankara for Ransom!!!

The more we register, the more the kidnappers seem to know our location! Gbese re o!

Kilode!!! If you are not told, you should resign Ogbeni till you are exonerated.

Maybe after 1 year of registration, we would be able to triagulate the terrorists’ calls before they massacre all their victims!

Therefore, if you like burn Enugu, set ablaze Owerri and then send fire from Abakaliki to Anambra state, this present leadership cannot be bothered.

And let me remind our arsonists in the East and West, you don’t have two lives. In fact, you have families too. When you burn all your security apparatuses in your state, the more superior Bandits come for your defenceless territories! You are exposing other people to banditry. Wake up!

After all, there are still few dedicated police officers who know their onions like the trending and  award winning ASP Sunday  Erhabor – a man who demonstrated unparalleled calmness in the face of a marauding civilian. It would be unfortunate to render such men powerless where they are most needed!

And for the record, there are better ways to seek Self – determination from a comatose country, than burning public properties. Parents of these restless youths, would do well to walk naked before them as a means of calling them back.

Factually, your data is in the hands of Mr Isa Pantami and your legislative arms romance the executives with the only principal role of helping them to borrow more and more – they have approved another borrowing round (22.7 billon dollars to fund key infrastructures!) again this week while the Judiciary workers closed their Chambers for autonomy that has eluded them, the least you want to do our Eastern brethren is to render your state, defenceless guys!

Actually, in the business of Nigeria’s “lootocracy”, you are just a number with your NIN and SIM card.

You can stand up, shout more for help like we wailers have been doing, perhaps our President would “shake body” and act by chance to send the trending terrorists’ sympathizer home and collect our Data from the Al-quedas.

Sorry I mean from the pantomiming Pantami and return it to where it truly belongs: Equity, Justice and Fair play!

That is the only way we can escape from the many Religious Nymphomaniacs who serve us their annoying scents of their past aphrodisiacs, as they waylay our common destinies; daring their friends to milk us dry and in fact, worse than the Kleptomaniacs of the Adekoya’s blockbuster.

Only a Divine Providence can set Nigeria free “laslas!” 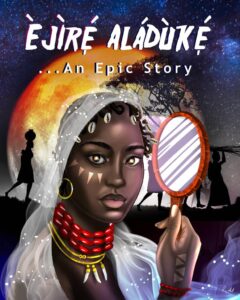