Home Columnist Eyimofe: A Film To Watch – By Reuben Abati 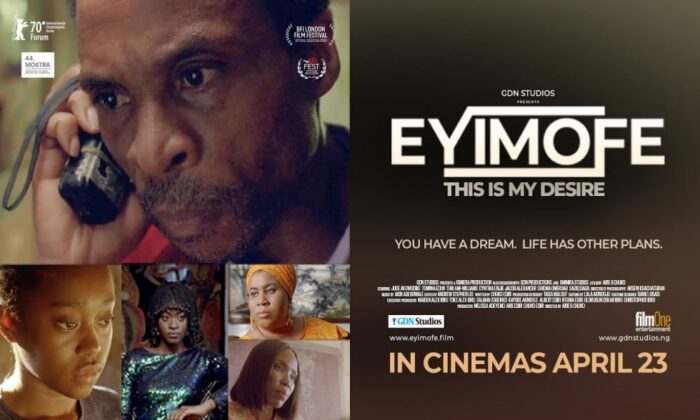 I was at the Ebony Life Place on Adetokunbo Ademola, Victoria island, Lagos on Sunday, April 18, to attend the Nigerian premiere of the award-winning film, Eyimofe (This Is My Desire): My first visit to that events centre in a well-appointed neighbourhood in Victoria Island, established by the television mogul and cultural entrepreneur, Mo Abudu, and my first major trip to a cinema in more than a year. COVID-19 has turned us all into recluses. With everyone masked up, you have to imagine the identity of the person before you, by over-relying on voice or mannerisms. The screening of Eyimofe provided an opportunity to reconnect with others.

I had heard about the film, produced by GDN Studios, a movie and documentary arm of The Guardian newspapers, midwifed by Toke Alex-Ibru and Mrs Maiden Ibru – an attempt to broaden the scope of The Guardian, and fully explore the manifold possibilities of media expression in an age of convergence. The film has won many awards including – the Golden Gate Award New Directors Prize at the San Francisco Film Festival (SFFILM), the New Directors Competition Grand Jury Award at the Seattle International Film Festival; Winner, ‘Best Fiction, New Filmmakers’ at the Sao Paulo International Film Festival; winner, Achilles Valdosta Award at the Torino Film Festival. For a film that made its world premiere last year at the Berlin International Film Festival in 2020, Eyimofe has had an impressive run. It has also featured in film festivals in Germany, the UK, Spain, Brazil, Austria, Scotland, the UAE, Canada, USA, Greece, Egypt and China. It finally made it home last Sunday. Home is Nigeria, the cultural and social landscape that feeds the narrative, as well its photography, scenery and cinematic progression. Is it not worrisome that films produced by Nigerians, telling our stories, have to make international rounds first before they finally make it back to their roots, the same country that has given the world Nollywood, but which nevertheless, lacks strong incentives and enabling environment for creativity? Nigeria’s achievement in the creative industry is driven more by the passion, creativity, enterprise and incandescent talent of a few who enjoy what they do within the industry and relish the meaning that they find. Eyimofe proves the point. It is a tribute to creativity, talent, and entrepreneurship: the deft blending in this respect accounts for its success.

This is more remarkable because it is not a commercial film in the sense in which that term has been abused. It is a powerful psychological drama about the existential struggles that man endures as he tries to make sense of reality, strengthened or made more vulnerable, by his or her capacity to remain optimistic and forge ahead despite every odd that fate and circumstances project. Eyimofe’s story is every man’s story. Mofe, a factory worker and technician, the main character and Rosa, a hairdresser, believe like many Nigerians that going abroad is the best passport to better life, away from the squalor and poverty at home. But then life happens. Eyimofe loses his wife, son, and nephew due to poisoning by generator fumes.  More woes pile upon agony. We follow Eyimofe through the journey of his becoming: death, grief, burial, family relations, but in the end, true meaning exists in the same environment that he and Rosa had planned to abandon. There are moments of cultural dissonance, but far more gripping is the photography, the choice of locations and scenery which convey the sound and shape of the Nigerian condition. Haunting, telling imagery abound in this film where silence is as loud as the spoken word.

As a directorial debut for the Esiri twins (Arie and Chuko), there is more than a promise on display. Further enrichment with musical scores could have lifted the mood and rhythm but this is a work of remarkable accomplishment. It pushes us into a reflective mode: what constitutes success? What is the true meaning of life? How much of it is within our control or beyond us? About two hours long, Eyimofe opens to the general public from April 23.

We were later treated to an after-party at the rooftop of Ebony Place: a classy, clean, accommodating, well-put together centre, just like its owner, Mo Abudu. I am impressed. I will return. 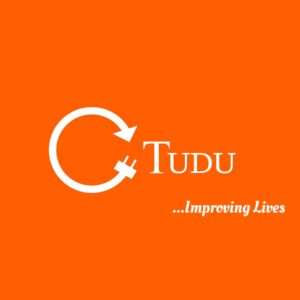