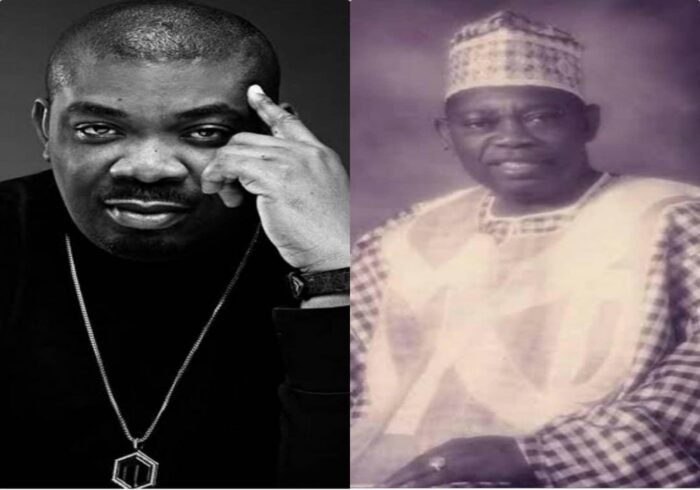 I was discussing Don Jazzy with some of my friends yesterday and I said that in some ways he reminds me of late Chief Moshood Kashimawo Abiola. Of course they asked me “how?”

I explained to them that Nigerian fans are real. They are romantics at heart and are drawn towards celebrities who can perform to a very high level while still exhibiting regular behavior in public.

It’s one of the things that endeared MKO Abiola to the people and it’s also something that has made Michael Collins Ajereh, popularly known as Don Jazzy to be loved by many Nigerians.

Unlike Abiola, It is difficult to see Don Jazzy outside, as he is hardly the type to go for social events.

However, thanks to social media, many people connect with him easily. Apart from using his social media platforms to connect with the fans, he has been able to empower many upcoming creatives by posting their works on his Instagram page. On Twitter he does giveaway like it’s going out of style. A man of the people many would say.

Another thing that has endeared him to the people further was him talking about his marriage of 20 years ago: an emotional topic. Lips were sealed by those close to him. A lot of people have hailed the silence on the part of his friends and family as maturity at its peak. It also shows that he chooses his team wisely.

I call him the Abiola of the Nigerian music industry because of several similarities. He has a baritone voice like Abiola. Music experts should correct me if I am wrong by using the word ‘baritone.’ LOL.

In fact, many don’t know that Abiola was into music to make money before he became a businessman tycoon. He used to beat drums. The difference is that Don Jazzy decided to further his own career in music. They are similar in several ways. But the one I love the most is the pan Nigerian attribute.

Also like Abiola, Don Jazzy is a pan Nigerian who has worked with artists from diverse ethnic backgrounds. While MKO employed the best hands irrespective of ethnic affiliation to run his companies, Don Jazzy does the same. From Wande Coal to Di’ja, the list goes on. His background definitely played a huge role in his ‘Nigerianess.’

Raised in Lagos, he attended a unity secondary school. He is a great ambassador of his alumni, FGC Ijanikin, Lagos, a school I am proud to be associated with. And I’m sure every other person who had something to do with that great institution is proud of him.

Although many articles have been written on this giant figure of the music industry, many would agree with me that for someone who revolutionized the industry, more needs to be done on the part of chroniclers or historians.

I’m challenging every Nigerian music enthusiast who is a writer to take on the task of doing justice to Don Jazzy’s contribution to the growth of the Nigerian music industry.

Writers can do better. Comprehensive stories on this man would go a long way in cementing his place among immortals across the globe. Let’s support our own.