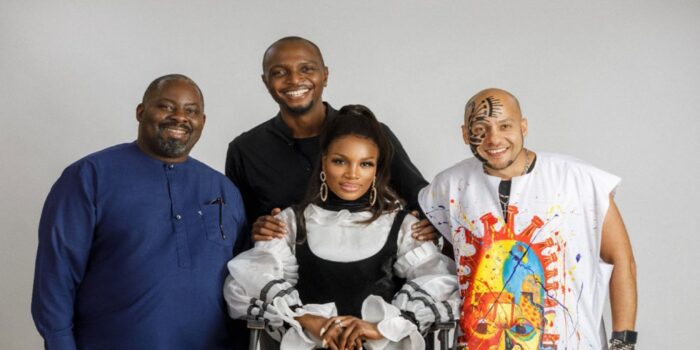 Sitting behind a large scantly decorated table, the trio listened as one of the “victims” of the exercise made desperate efforts to make a good enough impression. He bellowed all the air in his lungs to pitch like one of Celine Dion’s admirers.

He kept on despite the giggling of all his three assessors. If he was frustrated, he never showed it because he had his eyes tightly shut as he waded through the many parts of his presentation striving hard to reach that peak of his practiced melodic chant; his efforts to get the long flat rectangular yet glowing  golden- yellow – in – black print ticket was being ridiculed by his over – confident examiners.

By the time he was done, one of the trio of the supposed judges had gone under the table, hiding from the musical flaws in the contestant’s auditioning. I was deeply mystified.

And quickly, the only female in the panel of a vendetta called judges went for “the kill”; tearing the contestant into pieces. The goal of the event was to create a music star but they ended up ensuring that he doesn’t try to sing again ever because he could never sing like the Nigerian Naira Marley, talkless of trying to impress them like a Celine Dion.

And of course, the other 2 judges jumped on the same presenter like a pride of lions who found a young deer at a river bank, the “blood” was all in their mouths and paws; and they licked it well. Although unlike the gut wrenching deer in the gut of the kings of the jungle, the emotionally drained amateur singer left the stage whimpering and sobbing after trying to beg for a retrial to no avail. His judges laughed boisterously non – stop till the door was shut behind their latest “victim.”

Yes, victim of oppression from all angles: poverty kissed ignorance and opportunities, the banger effect is deafening!

Of course, we know a handful of the celebrities and political gladiators went through a lot before becoming stars but spare us the transfer of pains into the psyche of the aspiring younger buddies.

Welcome to the season VI of the Nigerian idol where the emotionally disequilibrium judges have their feed days mesmerizing their contestants while receiving their daily pay cheques. It can be better than this really.

Indeed, when I first read the trended tweets about how the sensational singer: Seyi Shay lashed out on a 17 – year old Mayowa (aka Torrus) a contestant in the ongoing Nigerian idol,  I assumed the worst case scenario for the “poor” lad.

“He must have sung really badly” I told myself. Yet, I had found no justification for words like these ones –

“You can never make money from singing”;

“Who told you to come for this auditioning….

they are not your friends…” 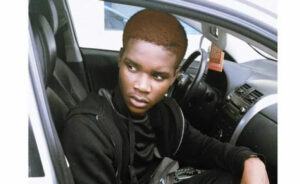 Those finalities on someone else’s future in a music career that has not ended even for both the judges themselves and their “victims” made me a “guest viewer” at the next aired auditioning.

The trio of Obi Asika, Seyi Shay and DJ Sose exuded the typical Nigerian “Superiority complexes and bullying” with Seyi taking too much lead in all the categories.

Like many supposedly successful Nigerians in positions of deciding other people’s fates, Seyi Shay on the ongoing Nigeria idol’s show displayed the “I was never like you attitude” and that in itself is not true.

Factually, I loved many of her songs truly especially her debut “Irawo” and the “Yolo – Yolo” tempo; albeit, I have also witnessed her flaws even in live events as she came to limelight. I have seen her missed her lines in attempts to mime something as simple as the second stanza of the Nigerian national anthem!

I forgave her then like many of her fans did.

Telling a 17 year old lad, he would NEVER make money from singing is not only unkind, it is synonymous to putting a minor through emotional guillotine and a potential reason to consider suicide in such emotionally abused child. That is unfair.

It is not acceptable by any standard. And trust me she did not apologize till the time of writing this. If anything at all, Seyi was happy she trended as a number #1 topic on Twitter!

I. Found. That. Insensitive. Too.

Perhaps, Seyi appeared to have watched too much of Simon Cowell’s show on the Britain’s got talents and she sure needs some detoxification. And because she had failed to study the very emotionally intellligent TV reality show expert and judge closely enough, she didn’t realize Simon Cowell picked his words dutifully for all his Contestants, and when it comes to a minor like Mayowa, the last thing he would have said is to tell him: “He would never make it singing”, or the easily intrigued but very sensitive English viewers would have him sacked the next day!

Let us leave Seyi alone “jare”. She is not the only highly opinionated Nigerian personality in power.

It was a week for the “Mental Health Insensitivity syndrome” when the “high and mighty” descended on the week and vulnerable Nigerians; the Honourable Minister of Labour and employment who is also a member of the Hippocratic group, Mr Ngige “dragged”  his colleagues and the junior ones in his usual TV expressive gaffe.

It was just before the beginning of the National Association of Resident Doctors’ (NARD) Strike actions, the Honourable minister sacrificed his penchant for political correctness and love for relevance in the present day failure of a government, for a truth so much needed. Yes, Mr Chris Ngige told the ingenious Seun Okinbaloye of Channels TV on a live Broadcast:

“Doctors in UK and US paid their different governments when they are working even under the specialty trainings.”

And that was it!

When desperation to stay on in power meets misinformation, the result is better imagined: Anarchy!

The poverty of ideas and dearths of mentors are the ingredients mesmerizing the many destinies of the young and vibrant Nigeria’s youths; suffocating the dreams of the younger generations like diabetic patients’ always soaring blood sugar that cannot help the feeling of fatigue and hunger they go through, because the much needed key to the (now very high) blood sugar usage and cellular survival – Insulin – is missing!

Or how plausible is it that the only one who should manage a problem well has become the resistant bug diminishing the treatment efforts?

Well and indeed, the only reasonable question from someone as young as a year 4 student is:

“Why then do Nigerian Doctors migrate to where they would pay the government to work for them?

Why are the doctors not staying put to collect “Ngige’s too much money?” Hun?

Please sir, show us your Mentees in the last 68 years…

Sadly, as a former member of NARD, I knew what we went through in the hands of the Osun State government then and till this moment, the state is still owning us over 32 months of arrears of half salaries. The incumbent governor in Osun state is yet to decide what to do with the outstanding arrears till date.

Of course, a large number of my colleagues then have relocated to where “the governments are being paid for working for them!”

How very convenient for someone being owed to go where he would have to pay to his or her employer?!

The same trends of refusing to pay the NARD doctors and other health care workers’ salaries have continued till date with no tangible insurance system despite losing 17 of their members to Covid 19. This is without mentioning those lost to chronic infections like hepatitis B and HIV. Or those lost to Lassa fever and the government did not see the need to pay insurance packages to the families of the bereaved than 5000 naira hazard allowance!

Is this not insanity at its highest summit?

And the defence was that the doctors should start paying to the government for working in  dingy of all those spaces called government hospitals!

Wow, Nigeria is the real capital of the world poverty truly and congratulations to Mr Buhari and his team doling us “Vawulence!”

Therefore when circumstances throw up people like Seyi Shay and Dr  Ngige with questionable innate abilities to nurture the younger mentees into the podia of performances’  evaluation, you should know the results:

And from all indications, Nigeria’s problems pale more comparing lack of younger entrepreneurs, vibrant innovators and juvenile drivers of the economy than to the dearths of credible and emotionally intelligent mentors!

The latter is the real problem at hand.

Plus, the honourable minister may need to take more lessons on being less excited before the cameras and if he must continue to enjoy the glitz of lights and then Action! He should avoid the intuitive Seun Okinbaloye and or channels TV, he seemed to be making so much boo – boo with many trending faux pas effects and ill- motivated political clanger on air, his boss – Mr Bubu may soon sack him.

Well, in Nigeria, the best time to end one’s career is at the climax of the catastrophic performance, not before to prevent abysmally low productivity.

When people say you should shift, you should really before the stage falls under your wrestled feet  and you stagger out in the rubbles and ruins; the ovation on zero mark, at that!

So, no we don’t have adequazely prepared mentors in Nigeria, what we have are fear mongers: the masquerades that scare the upcoming generations to near – death, if not to death itself.