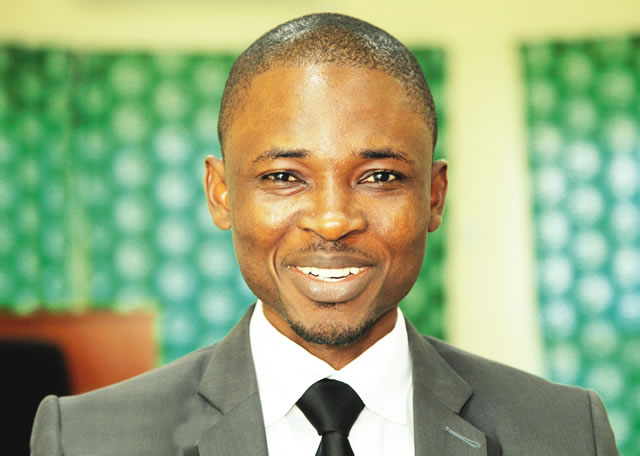 Nigerian social media contractor Japheth Omojuwa has been accused of being a top recruiter in a media campaign seeking the release of a Colombian citizen charged with money laundering.

Mr Saab was arrested and detained for alleged corruption by Interpol and security operatives on a U.S. arrest warrant in Cape Verde during a stopover to refuel while travelling from Venezuela to Iran in June 2020.

The kingpin, an ally of the Venezuelan President Nicolas Maduro, was identified as the country’s diplomat on a “humanitarian mission” to Iran, and is fighting an extradition order to the U.S.

Mr Omojuwa quickly saw an avenue to make money from the stand-off, coordinating a campaign of himself and other Nigerian social media influencers that sought to trend hashtags against the extradition of Mr Saab to the U.S., Buzzfeed found.

Earlier this week, Twitter suspended over 1500 accounts linked to the campaign, including those of popular influencers like Pamilerin Adegoke, for receiving payments to tweet about the Colombian citizen who is currently under house arrest in Cape Verde.

Restrictions on many of those accounts have now been lifted, and Mr Omojuwa did not appear to have been suspended at all.

“Engaging in platform manipulation — regardless of the intent — is a violation of the Twitter Rules. This includes gaming hashtags, artificially boosting content, or paying for fake engagement,” Twitter said in a message to Peoples Gazette. “As a result of these behaviours, we’ve suspended more than 1,500 accounts associated with these hashtags and our investigations continue,” the company said.

Buzzfeed said influencers and three Nigerian journalists were paid for the trending hashtags to influence public opinion and court proceedings in Nigeria and Cape Verde. The Gazette had previously reported that some Nigerian media outlets were paid as part of the image laundering arrangement and some of them had started taking down the links after Twitter’s measures became public.

Some of the influencers were said to have received Saab campaign briefings in January, according to a document produced on the letterhead of Digital Good Governance for Africa (DIGA), a UK-based nonprofit led by Nigerian Naji Makarem.

The document was said to have outlined a social media push that would recruit influencers in Nigeria, Ghana and Senegal to tweet in support of the kingpin, twice a week as the campaign was expected to run from January 18 to February 18.

“The influencer is expected to use the hashtags #FreeAlexSaab and tag prominent Nigerians, Ghanaians and Sengalese handles from government, business, celebrities, activists, etc. which will be provided to the influencer,” the five-page document read in part.

It instructed influencers to engage with replies to their posts about Saab and to tag the @wakandanomics Twitter account if they needed additional information.

The tweets gained traction in March as the ECOWAS Court ruled that Mr Saab should not be extradited to the U.S. The case continues in Cape Verde, however, and the country’s highest court ruled for the extradition process to continue.

The Gazette has seen the DIGA working document and several Nigerian media outlets, journalists, development experts and influencers were involved.

Mr Omojuwa told BuzzFeed that he was contacted by “a friend in the UK” to participate, but he declined on the basis of his “strong relationship” with the US Embassy in Nigeria. He did not elaborate on the nature of his relationship with the U.S.

“I said to this person in confidence that I support the mission and would be happy to retweet a couple of articles, but I would not personally be part of it,” he said while admitting that it was “possible” employees at his firm worked on it.

“I don’t think I can start to have a conversation about whether Alpha is involved. If they are, there have definitely been some form of nondisclosure [agreements],” Omojuwa said.

BuzzFeed, however, said its findings rubbished Mr Omojuwa’s claims, noting that two Nigerian influencers who pleaded to be anonymous claimed that Alpha Reach staffers paid them to launder Mr Saab’s image for between $6.50 to $15.

“What was mentioned was that [people] would be monitoring accounts participating for retweets and amplification,” the influencer said.

A recent report published by Financial Times citing an intelligence report said the government of Venezuela was accused of contracting social media influencers on Twitter to warn Cape Verde against extraditing Mr Saab to the U.S.

Mr Adegoke also confirmed being amongst Nigerian influencers that tweeted in support of the money laundering suspect but said he did not take cash for his job — a claim that many doubted.