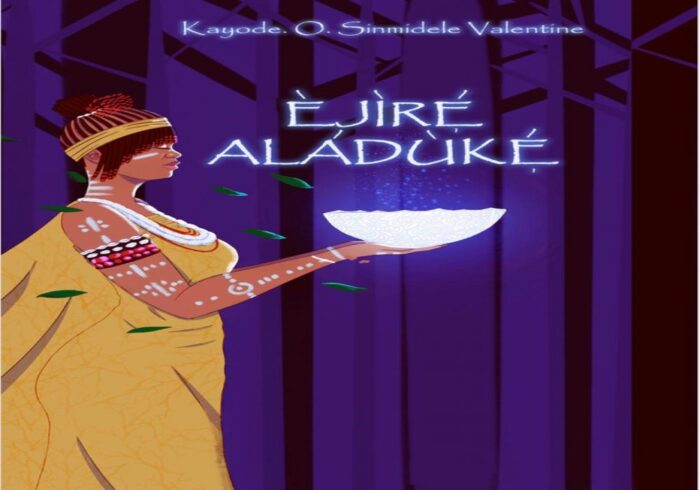 Ejire Aladuke is a must read for all book lovers. From start to finish, there is no dull moment as the writer, Kayode O. Sinmidele Valentine, a consultant Paediatrician and Neonatologist, has the ability to carry his readers along and take them into a world of make-believe.

Although Ejire Aladuke is not a true life story, the author of Pearls and Pebbles and The Void, brings to the fore several issues bedeviling the Nigerian society in the most poetic way.

This mind blowing novel is set between two worlds over 50 years apart. The writer combines the antiquity of ‘Ninijenra,’ an empire in 1947 and modern-day Lagos, Nigeria in 2010 to tell a story about rape, grief, loss, and Endometriosis — a medical condition plaguing females. 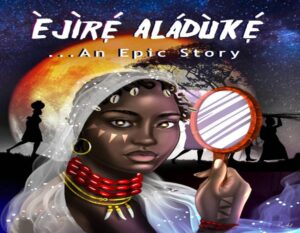 This book is a masterpiece as attested to by everyone who has reviewed it.

Professor Anthony Dele-Afolabi of LAUTECH, Ogbomosho had this to say about the book:

“The ingenuity, artistry or mastery of story-telling displayed in EJIRE ALADUKE is classic. The intensity of the cultural panache coupled with the brilliance of the science called medicine therein is flawless. Ejire Aladuke is quite revealing and succeeds as an excellent piece of literary work. I deeply think Dr Kayode has just delivered a movie in a terrific writ;

Literary and non-literary readers should honestly own a copy of this prowess.”

In a similar vein, Ita Queen Akwaowo of University of Uyo, Akwa Ibom said “Ejike Aladuke will hold you spellbound till the very last page. The suspense is palpable and the story extremely apposite. Brace-up, for the adventure you are about to take is one of culture-scientific clash. Indeed, another master piece from the author of “The Void.”

According to Udu Gabriel Junior of Nnamdi Azikiwe University Teaching Hospital “Culture is in no doubt a people’s way of life. However, the obnoxiousness of some cultural practices is alarming. Marriage as an institution shouldn’t be bound by stigmatization and other harmful practices.

“Dr Kayode x-rays the intricacies of tradition and human co-existence.”

Below is a short extract from (chapter 1) the book:

All the village maids of honour are unmarried virgins and must remain so till their 30th year when the gods no longer require their celibacy. If a maid of honour loses her sexual pride before she reaches her age of departure from the Seer’s company, such a maid of honour has committed a great abomination against the gods and must be accompanied to the forbidden forest by the village Abẹnilórí. ́

Àbẹní had avoided her assailant many times before their last encounter. The only trouble she had was Adegbolade’s self – assurance. A well-built hunk in all aspects: well – proportioned, suave appearance and he always looks debonair. Àbẹní knew Adegbolade was a lot of trouble – what they call Agbako-oriede in the native parlance. Nevertheless, her skipping heartbeat at each time he cornered her on the way to the stream didn’t help her resolution to beware of a man like that. She kept wishing she was already 30- year old so as to escape the plate’s dance at the palace. The same dance that betrayed her loss of innocence before the multitude of people and the majestic court of Ninijenra.

Yes, she was naïve. She should have simply run away before the Isoha day. She didn’t need to come out like the rest of her 20 young spinsters whose innocence remained untouched. Needless, was she supposed to have even picked her two moulded plates of honour when she heard the talking drums and the Seer’s sonorous voice calling on her 21 maidens:

But she did and her loss of virginity betrayed her. She fell forward with her two plates of honour breaking into pieces and the festival went maniacal. And when she looked around, there was no one like Adegbolade. Even when the court of chiefs were quizzing her about how she became a broken vessel, she lost her mind. Her memory appeared unused. She was blank till her verdict was whispered to the Village’s Otun – the one who sits at the right of the King with so much privileges. As she continued her hard slog this night of terrors and shame, she was exhausted with perched lips and dried throats – exsiccated from no food and water in the last 2 days.

Visit www.creativewritertm.com or email medicoval@gmail.com to grab a copy to read full story.