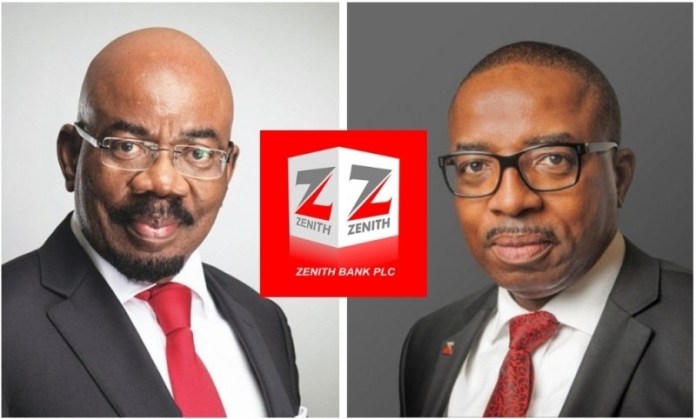 Zenith Bank Plc has emerged as the Best Bank in Nigeria in the Global Finance Magazine’s Best Banks Awards 2021, retaining the award for the second year successively.

The bank was among other banks from 35 countries in Africa recognised as the  US magazine, Global Finance announced its 28th Annual Best Bank Awards Winners in Africa.

The editors of Global Finance made all selections after extensive consultations with corporate financial executives, bankers and banking consultants, and analysts worldwide. Global Finance considered factors that ranged from the quantitative objective to the informed subjective in selecting these top banks. Objective criteria considered included: growth in assets, profitability, geographic reach, strategic relationships, new business development and innovation in products.

Criteria included the opinions of equity analysts, credit rating analysts, banking consultants and others involved in the industry. Global Finance’s “Best Banks Awards” are recognised amongst the world’s most influential banking/finance and corporate professionals as the most coveted and credible awards in the banking industry, with winners chosen in 150 countries and territories across Africa, AsiaPacific, the Caribbean, Central America, Central & Eastern Europe, Latin America, the Middle East, North America and Western Europe.

Founded in 1987, Global Finance regularly selects the top performers among banks and other financial services providers, and the awards have become a trusted standard of excellence for the global financial community.

According to Joseph D. Giarraputo, publisher and editorial director of Global Finance, “this year’s evaluations are more important and valuable than at any point in their 28-year history, given the unprecedented economic conditions wrought by the global pandemic.” In his words, “Banks are playing a key role in economic recovery around the world, and as such, our Best Bank awards highlight the leaders in restoring growth and mapping a way forward.”

As a testament to its resilience and market leadership, Zenith Bank recently announced an impressive result for the year ended December 31, 2020, with gross earnings rising by 5% to N696.5 billion and profit before tax (PBT) growing 5% to N255.9 billion.