Home Columnist ‘Kendoo’ and his quest to transform Oshodi 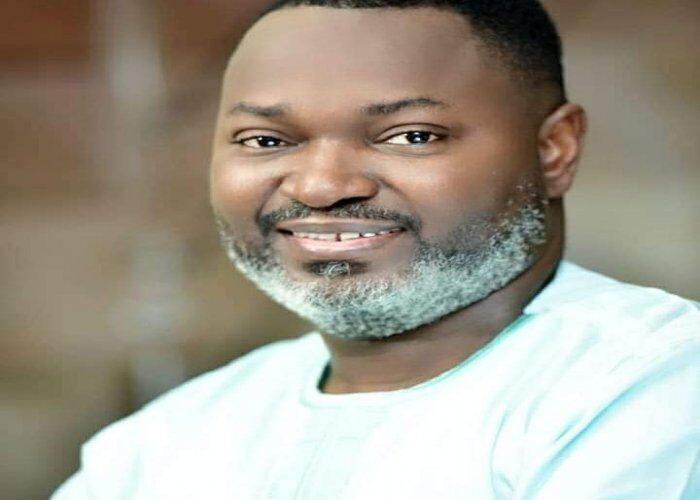 There seems to be a silent revolution of trying to put round pegs in round holes going on and Otunba Kehinde Adeola Musiliudeen Oloyede-Almaroof fondly called ‘Kendoo’ is the candidate of those who have opted for “good governance.”

He is in the race to be chairman of Oshodi/Isolo Local Government Area under the All Progressives Congress, APC.

Kendoo is neither your average businessman nor your average politician. He is somewhere in the middle. While it can be said that his presence elicits excitement, he dissolves himself into a kind of self-effacing anonymity that speaks volume of his humility.  Simple and unassuming with a warm relational attitude with people who come across him.

His late mother, Alhaja Taiye Almaroof was Iyaloja of Oshodi and also doubled as an activist and a politician. A very influential politician. While his mother was a heavyweight in Oshodi, Kehinde didn’t rest on her laurels as he carved a niche for himself.

Like honey bee, his presence draws people as he radiates charm and easily, people see in him an inspiration worthy of emulation.
During his mother’s fidau prayer eight days after her passing in Lagos, a young man who saw him for the first time asked “Is this the Kendoo I have been hearing about? How come he is mixing freely with people?”

It is something many people find difficult to come to terms with given the culture of ‘bigmanism’ that they are accustomed to in this part of the world.

Kendoo is not only a successful entrepreneur, he is also a philanthropist, something that has endeared him to the people.  It is obvious from his countenance that his status has not gotten to his head.

Long before he ventured into politics, he has been touching the lives of people around him. In short, his philanthropic way is like oxygen to him.

In the early 2000s, he was behind the construction of Macarthy road, drainage and illumination of same street. He also provided borehole water system at Brown Street, Aduke Thomas Street and Emmanuel Street in Oshodi.

Kendoo has contributed immensely to the beauty of Lagos as he is also a successful property developer within the city.

With his remarkable antecedent of being an entrepreneur, developer and a serial cheerful giver, it came as no surprise when some youth and elders within his political party endorsed him as the next chairman of Oshodi/Isolo local government.

According to a reliable source, his trip abroad is not unconnected with his transformation agenda for Oshodi.

Speaking with The Columnist ng, an advocate of good governance, Rufai Adetayo Kelvin was of the view that “we need people with foresight at the helm of affairs. Kendoo is very keen on infrastructure and I am very sure that Oshodi will wear a new look if he is in charge. Oshodi is too important in Lagos for it not to be run by someone of Kendoo’s nature. He is clearly the right man for the job.”

Action they say speaks louder than words. Can Kendoo do all that he is promising? The good people of Oshodi will be praying and hoping he keeps to his promise.