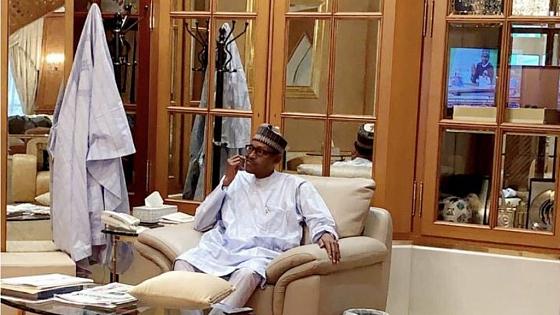 Anyone who takes the trouble to read this column knows that I gave up on the Muhammadu Buhari candle a long time ago.  It flickered out the day after the Nigeria ruler took office in 2015.

That was the day he decided that having won the election, he no longer needed to declare his assets publicly. It was his leading error, and one that he will never recover from.

And now, owing exclusively to a clear deficit of heart and hand on his part, the Nigeria he received, warts and all, appears to be unraveling quickly.

Leadership is no country for old men.  Buhari has proved to be the oldest of the old, and has been exposed not only for being unprepared, but for being too corrupt.

Yes, I know he talks as if corruption is the stealing of government money from ministries and parastatals, but the worst corruption involves values and principles, and that is where Buhari has hurt Nigeria the most.

That is the reason that Nigeria is on the precipice today, Buhari unable to stand behind the oath he has taken twice to lead the country.  An oath, evidently, is far more than a collection of words, and action (or lack of it) exposes all pretenders.

Buhari has come full circle, and I have on several occasions urged him to resign.  But pride is the last thing to submit.  Last week, as Nigeria danced on the precipice on his watch, his pride yielded important revelations of fissure.

On Monday, former Niger Delta militant Mujahid Asari-Dokubo, citing “injustice and marginalisation” of the Igbo people, declared a new Biafra de facto Customary Government. He is not even Igbo.

On Thursday in Ibadan, Oyo State, the Nigerian Indigenous Nationalities Alliance for Self-determination (NINAS) called on the government to suspend the 2023 elections, describing the 1999 constitution as an imposed document that can no longer address Nigeria’s security and economic concerns.

NINAS is composed of various political groups in Nigeria’s South and the Middle-Belt, and had in December 2020 given to the government a 90-day notice of grave constitutional grievances.

Its leaders objected to preparations for the 2023 general elections, stressing the heightened clamour for restructuring, resource control and federalism of Nigeria by most regions. Professor Banji Akintoye warned that such an election would push Nigeria into “violent disintegration”, and that other “ethnic nations trapped in the failed Lugardian Experiment of 1914” would do everything legitimate to extricate themselves from the “Union of Death.”

In September 2020 at a gathering in Ibadan, Professor Akintoye had affirmed that his 55 million Yorubas will get their freedom, stressing that the group now boasts 107 organisations as compared to 45 when it began.

Also speaking at the event, Sunday (Igboho) Adeyemo said that the Yoruba Nation wanted to leave what he described as a “useless” country.

“There is no peace, there is no security,” he declared, adding: “Starting from now, we don’t want Fulani herdsmen in our land to disturb our farms again. If we meet any Fulani herdsmen, we are going to face and destroy them.” Strangely but not surprisingly, Buhari stayed silent.

“How do we implement Next Level?” someone is said to have asked him following his taking the oath of office.

“’Next Level’ of what?” he is said to have responded, laughing.

It does not matter if that philosophical question was manufactured by the resident Aso Rock comedian to lighten the mood after an exhausting day of playing “Let’s Pretend!”

Think about it: we are less than two years into what was presented and promised as a higher and better experience.  Instead, the world is witnessing in Nigeria an ominous unraveling.

It appears now that all of those promises in 2015 were a hoax, and the men who led the charge: Buhari and Professor Yemi Osinbajo, mere actors.

Not only has there been no significant measure of seriousness or advancement in the past six years, but there also appears to be not one bright thought completed, if begun at all.  There is not one accomplishment of which Nigerians can be nationally proud.

Suddenly, Attorney-General & Minister of Justice Abubakar Malami, a man who has more unanswered questions than a power-seeking Nigerian politician, is the nation’s leading light on guide on ethical issues.

But as every major ethical enquiry has mysteriously disappeared in the past six years, so have thousands of lesser ones at every level in Nigeria.  Injustice, which is the highest form of corruption, has emerged as the defining element of the era.

But it is not the loudest.  The pride of place for that category goes to the indolence and complicity of the state.  Last year, following a popular protest against the Special Anti-Robbery Squad (SARS), the government replaced it with SWAT: SARS by another name.

The reality is that the concept of policing in Nigeria remains rudimentary and limited to Mafia-style protection of the powerful, the rich and the well-connected.  That is why the police are judge, jury and executioner, which is why they relate to the public by repression and force.  In Nigeria, rarely does a police officer speak of investigation or prosecution unless he is telling a joke.

But it is no joke that National Security Adviser Babagana Munguno has just brought down Nigeria’s entire security architecture, declaring as missing funds that Buhari released to the former service chiefs to buy weapons to fight insecurity.

“Because the new service chiefs have confirmed to us that they didn’t see where the new weapons were purchased in their handing over,” he explained.  “Apparently, the money is missing, and we must investigate.”

Nothing that has been written or said since that interview aired days ago changes this explosive charge.  In the interim, Buhari has hurriedly converted the failed security chiefs into “diplomats”.

Only two years ago, Munguno also declared that he did not know how the $1 billion the government took from the Excess Crude Account in 2017, allegedly for security, was spent.

Following a national uproar, the government explained that from the money it had paid “about 490 million dollars for a dozen Super Tucano fighter aircraft,” along with “various other military procurements.”

But according to a statement by the US Department of Defense, that may not have been entirely true: “The $329,076,750 undefinitised contract action was approved with a  not-to-exceed amount of $344,727,439…”

In other words, that purchase could not have been more than $344.7m.But even if it were, there is no explanation as to why the money was hurriedly taken out in April, months ahead of the contract itself, or what became of the remaining $510m (or $670m).

When one considers Munguno’s announcements, Nigeria’s insecurity is easier to understand.  So is the vacuum in governance.

Hopefully, all of those who participate in this mess understand that, because of #EndSARS, there is no longer a safe harbour to flee to.  None.