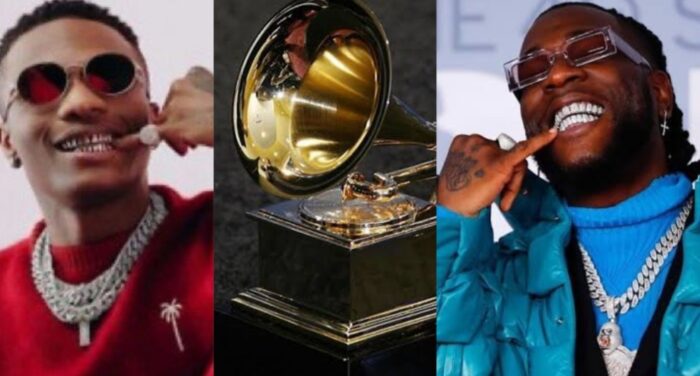 Burna Boy bagged the much-coveted Grammy award in the ‘Best Global Album’ category for his ‘TWICE AS TALL’ album.

This is the second consecutive time Burna Boy has been nominated for the Grammys.

His previous album, ‘African Giant’ was nominated at the 62nd Grammy Awards for ‘Best World Music Album’, the award went to Beninoise singer, Angélique Kidjo, who dedicated the award to Burna Boy and said he was leading the pack of young Africans who will shake up the global music space.

Burna Boy performed a medley of his songs starting with the chorus of “20:10: 20” to “Level Up’ to ‘Onyeka’ and ‘Ye’, complemented by his band ‘The Outsiders.’ His performance was one of the high points of the Grammy Premiere Ceremony.

‘‘This a big win for my generation of Africans all over the world and this should be a lesson to every African out there, no matter where you are, no matter what you plan to do, you can achieve it because you are king,’’ Burna Boy, 29, said in his acceptance speech.