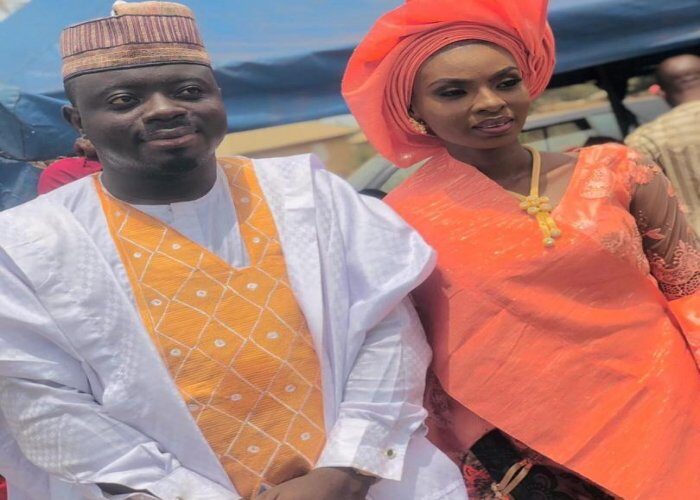 For the family of Chief Labran Ogbeki, it was another season of harvest as their daughter bade farewell to spinsterhood as she tied the nuptial knot with Abdulazeez Mohammed, son of Alhaji Yakubu Mohammed, one of the founders of Newswatch Magazine, a name that has been synonymous with journalism and integrity in Nigeria for as long as one can remember.

Fatima and Abdulazeez, who is fondly called ‘Boylazeez’ by his friends were joined in holy matrimony on March 6, 2021 in Kogi State.

The day started with the traditional engagement and wedding Fatiha at Odu Okpegede. What followed was recitation of the Quran by Fatima to mark her Walimah which is done after the Nikkah.

De-deck Hotel, Ayingba was the appointed venue for the reception. Residents of Kogi from all walks of life assembled in one accord to honour the Ogbeki and Mohammed families. Music and good company became the denominator as the event began in earnest.

In line with Covid-19 protocols, the event was held outdoor and social distancing was observed. The couples were escorted in by groomsmen and bridesmaid. That was the moment they really began their journey into matrimony.

Some of the dignitaries in attendance : Ogohi of Ologba, Chief Tijani Akpamada, Alhaji Salami Abdullahi (ASTA), Hon. Hassan Adoh, former PDP Chairman Dekina LGA and a host of others.

Fatima and Abdulazeez’s wedding was filled with all things beautiful – the vibrant burst colors, the pretty dresses, and the dancing! In the midst of the people who gathered to celebrate their union, Abdulazeez could always find Fatima’s eyes.

Below are some pictures from the event: 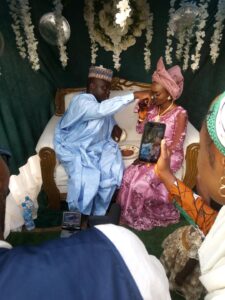 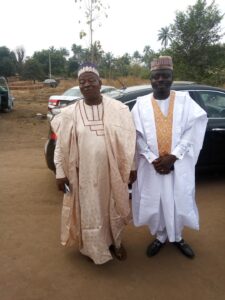 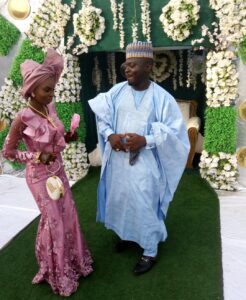 Fatima and Abdulazeez on the dance floor 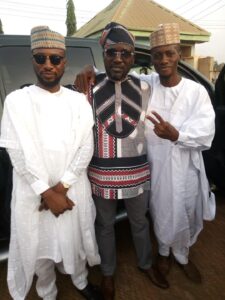 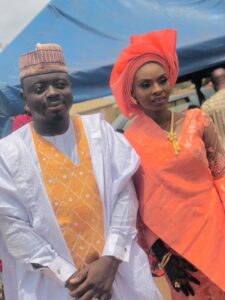 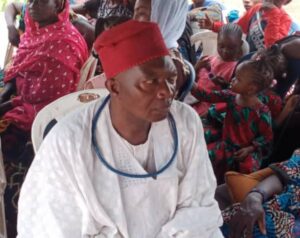 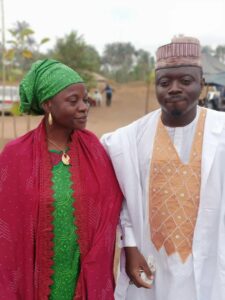 The groom with mum 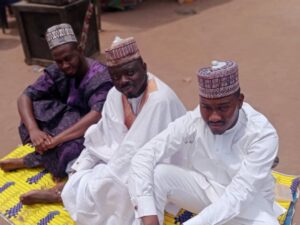 The groom with Sadiq ASTA and Bashir ASTA 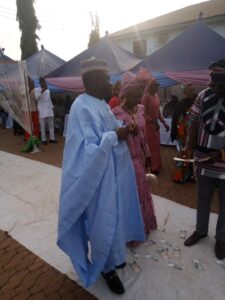 Idoko dancing with bride and groom 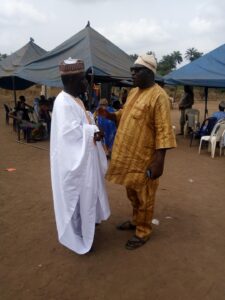 The groom having a chat with Hon. Hassan Adoh

The couple had a simple wedding in mind but it turned out to be one which is currently the talk of the town. Every guest ate and drank to their fill.

The Ogbeki Mohammed wedding ended on a note of general merrymaking and entertainment splash.