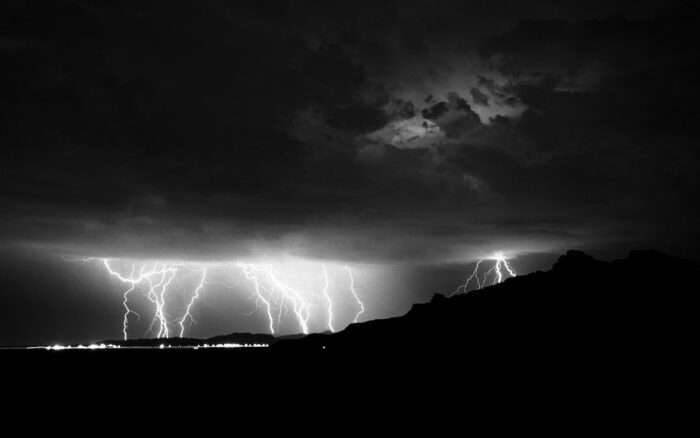 The Voice of Reason Lecture Series are dedicated to the memory of the late Goke Omisore, businessman and scion of one of the greatest aristocratic families from Ile-Ife. Arole Olagoke Omisore was born on February 19, 1949. He passed away on October 7, 2018, aged 69.

I never had the privilege of meeting Arole on this earth plane. But his reputation went far and wide. He was well known as a patriot and man of culture; the quintessential Omoluabi that is widely celebrated in the humane ideals of Yoruba civilisation. May his soul rest in peace!

The German-Jewish political philosopher, Hannah Arendt, was one of the most gifted women of her generation. She had to flee Germany to escape the holocaust. She was one of those who kept hope alive even as fellow Jewish intellectuals like the remarkable Walter Benjamin succumbed to despair and suicide.

In her book, Men in dark times (Harcourt Brace 1968), Arendt underlined the importance of keeping hope alive even in the darkest hour: “Even in the darkest of times, we have the right to expect some illumination…from the uncertain, flickering, and often weak light that some men and women, in their lives and their works, will kindle under almost all circumstances and shed over the time span that was given to them”.

Our duty as watchmen in these days of blood and iron is to read the signs, the times and the season– to stand sentry against the barbarians at the gates.  Things have never been so bad (in Nigeria). The only thing worse was our bitter civil war in which an estimated two to three million perished.

In a manner of speaking, we have been at war for the past decade; a low-intensity civil war waged on our people by Boko Haram, herdsmen militias, Islamic Jihad and the lot. A war of conquest and hegemony deploying the weapons of kidnapping, rape, rapine, beheadings and land dispossession.

What is unsettling about this war is that a government we elected to protect us seems to have taken sides with the enemy. I make bold to say so, because of the N100bn that was allegedly paid from our national treasury into the coffers of Miyetti Allah, a terrorist organisation. I say so, because one of the governors confessed on national TV that they had gone to neighbouring countries to bribe foreign Fulani leaders so that they would not come back and kill more people. I say so, because of the appeasement, the double-face, the prevarication, the taqiyya, the deceit and dissimulation.

We have spent something like a quarter of our national budget on defence and security, with nothing to show for it. Insecurity is big business. A cartel of civilians and military is game-theoretically profiteering from the cauldron. A sordid gravy-train. Many times, the weapons from our military end up in the hands of the terrorists; many of whom are also adorned in our army and police uniforms. Those detained are later set free. Some of the killers have allegedly been inducted into our armed forces while others have been given overseas scholarships. It is the mystery of iniquity.

The allegations of a sinister agenda of “Islamisation and Fulanisation” by former President Olusegun Obasanjo might not be that far-fetched after all. This is reinforced by the body language, hermeneutics and gestalt of this regime; by the crass nepotism that characterises the regime at all levels.

Nowhere is this more pronounced than in the national security architecture. At a recent public lecture in Abuja, Navy Commodore Kayode Olofinmoyin (retd), a former Military Administrator of Ogun State, caused a furore when he criticised the “unhealthy” composition of the National Security Council whereby nine of the 11 members come from the Muslim North while only TWO are from the South. I would add that none is from the Middle Belt. The retired naval officer described this skewed composition of our security officialdom as an abuse of the very spirit of our federalism and a factor in the rising geopolitical tension across the country.

There is also the silence of the Northern intelligentsia. A silence that speaks louder than words. The German theologian, Dietrich Bonhoeffer, who faced up to Adolf Hitler and the Nazis and paid the supreme price for his courage and daring, declared that,“Silence in the face of evil is itself evil: God will not hold us guiltless. Not to speak is to speak. Not to act is to act.”

One Northern governor even had the inanity to say that “Not all bandits are criminals and not all Boko Haram are terrorists”. This is akin to saying that not all demons are wicked and not all fallen angels are evil. Oxymoron of the century.

Catholic Bishop Matthew Hassan Kukah’s Christmas homilies drew a lot of ire in the expected quarters. But his key message resonated with most Nigerians: that the President, Major General Muhammadu Buhari (retd.),  is turning nepotism into a state policy; that our country under his leadership appears to be heading towards darkness; that the government is systematically institutionalising northern hegemony by “reducing others in public life to second-class status”; that even the North that the President ostensibly seeks to favour has not fared any better; and that “Ours has become a house of horror, with fear stalking our homes, highways, cities, hamlets and entire communities”.

But words are not enough. Those who are about to die reserve the right to fight back. It is a sacred duty. The right to life is guaranteed in our constitution. Nigeria is also a signatory to the Universal Declaration of Human Rights. The Law of Nations since Hugo Grotius, Natural Justice, Equity, and Universal Global Ethics prescribes that communities that face an existential threat to their very survival have not only a right but also a bounden duty and moral obligation, to resort to self-help if the state is unable and/or unwilling to protect them.

Lt General Theophilus Yakubu Danjuma (retd.) said as much during a Convocation Lecture he delivered in his home state of Taraba in August 2018. Expressing disappointment at the failure of the military and the federal authorities to protect ordinary people in the face of horrendous assaults to lives and property, the General declared: “Our armed forces are not neutral. They collude with the bandits to kill people, kill Nigerians. If you are depending on the armed forces to stop the killings, you will all die one by one.”

Amotekun and the Eastern Security Network are justified by law, universal ethics and the doctrine of necessity. Ondo State Governor Rotimi Akerodolu was well within his rights to order the flushing out of alien bandits illegally occupying the forest reserves within his jurisdiction; alien herdsmen that have been killing, raping and kidnapping innocent citizens. Sunday Igboho is a brave hero of his people.

The war drums are out.  The dogs of war are howling. The hyenas are baying for blood. The vultures of history are hovering over an overcast sky.

Not too long ago, I raised the alarm about some evil people that were planning to plunge our country into civil war. For speaking out, I was hounded and persecuted. A ransom was paid for my head. My former colleagues on the Editorial Board of the Daily Trust newspapers treated my testimony with unbelievable venom and contumely. They ridiculed my academic qualifications and poured scorn on my person. It was the ultimate betrayal by people I once regarded as friends.

Today, I am feeling vindicated. The respected cleric, Sheikh Ahmad Abubakar Gumi, came out recently to say that “Mailafia was right”. God knows, I did not speak out of malice or spite. I spoke out of a deep sense of moral conscience and moral responsibility. If millions are to perish because of the diabolical wickedness of a few politicians, it shall be my duty to stop them. The philosopher, Immanuel Kant, noted that, “We are not rich by what we possess but by what we can do without.” I can do without a lot. I am a humanist, a philosopher, and a servant of the Most High. I fear only the Lord. The enemies of liberty are my enemies forever.

(Being the text of the Second Goke Omisore Voice of Reason Annual Lecture, delivered by Zoom on Friday, February 19, 2021)