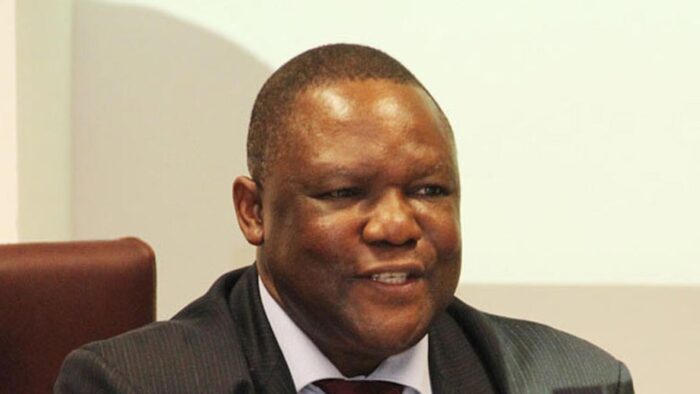 A new Central Bank of Nigeria directive, dated February 5, 2021, has ordered all deposit money banks, non-bank financial institutions and other financial institutions that have opened windows for dealing in cryptocurrencies or facilitating payments for such currencies to close them down. It also demands that “persons and/or entities transacting in or operating cryptocurrency exchanges within their systems to ensure that such accounts are closed immediately”.

This follows an earlier directive, in January, warning banks and regulated financial institutions and members of the public to beware of the risks associated with cryptocurrency transactions.

For my part, I worry more about the manner in which such policies are made than about the policies themselves. It is similar to the Federal Government of Nigeria directive ordering everyone to link their phone numbers to their national identity numbers. Nothing is inherently wrong with that policy per se. What is wrong is the attendant disorderliness in public administration. Forcing Nigerians to link their SIM numbers to NIN when a majority do not even know where to go to do such registration is worrisome. And doing so at the time of coronavirus is doubly problematic.

Some cynics unfortunately believe the exercise is intended to disconnect rural dwellers from mobile telephony, the better for the “Janjaweeds” to have a field day. Most rural dwellers use mobile phones to warn one another whenever the bandits are on the prowl. When public policies are capriciously formulated, you cannot expect people not to become cynical.

Some people see the new directive on cryptocurrency as not being unconnected with the recent traumatic #EndSARS revolt. The authorities were shocked as to how well-controlled and well-organised the protesters were. Volunteers cooked meals and brought them to the trenches. Soft drinks were freely served. Vehicles were arranged to convey volunteers from place to place. Millions of naira was raised almost instantaneously to finance needs as they arose on the ground. Most of this money came by way of cryptocurrency.

For the youths, it was their finest hour. Minus, that is, the latter-day looting which really was triggered off by hired bandits who were brought to confront nonviolent protesters with guns, swords and bayonets. History will record that, in the darkest night of tyranny, our youths did not disappoint. They were brave, disciplined, united and patriotic. They confronted the enemies of their future draped in our national flag and singing our national anthem. The holy martyrs of Lekki will never be forgotten.

One of the knee-jerk reactions of government was to close down the accounts of those they identified as “the leaders” of the uprising, although this was later denied. Several of the youths fled abroad. They have been helping the Chief Prosecutor of the International Criminal Court to build her case against perpetrators of crimes against humanity in our country. Those who see the new CBN directive on cryptocurrency as a continuation of that agenda might not be far wrong.

Cryptocurrency, unlike physical cash, exists only in cyberspace. That may not be saying much. You could say that much of what we know as money today is also largely digital. Many of you, my gentle readers, use credit cards for many of your transactions. In our day and age of fractional banking, much of what goes for money existed only in the ledgers of banks. This is why central bankers and high financiers are regarded as rainmakers. They can create money from nothing.

Money is defined as anything that can be used as a unit of account, a medium of exchange or a store of value.  In ancient times, things like cattle, cowries and even salt were once used as money. Of course, metals such as silver and gold were widely used as money across most civilisations.

Paper money was first invented by the Chinese in the 7th century during the Tang Dynasty, although its widespread use emerged only in the 11th century during the Song Dynasty. The Venetians in the 16th century were credited with the invention of banking as we know it today. Dealers used to sit behind wooden banks (banco) whilst issuing IOUs to wayfaring merchants who preferred not to carry gold or silver, being wary of pirates and highwaymen.

Cryptocurrency is a phenomenon associated with our recent global digital revolution. And yet, it does bear some uncanny similarities with a form of symbolic money that was used by the ancient Micronesians on the island of Yap. Known as rai, they were heavy limestone monuments that were kept under the sea. Financial experts liken these stone legal tender currencies to the encrypted blockchain ledgers that we know as cryptocurrency today.

We define cryptocurrencies as digital payments that can be exchanged for goods and services online. According to recent surveys, as many as 6,700 cryptocurrencies, valued at $890 billion, are being traded publicly.

The first cryptocurrency, Bitcoin, valued today at a staggering $563 billion, was invented by an anonymous Japanese computer buff by the name of Satoshi Nakamoto. Bitcoin is a series of decentralised transactions controlled by blockchain that acts as a foolproof ledger for all transactions. You do not have to know anybody you are trading with. The transactions are guaranteed to be safe and secure.

Many of our Yahoo generation are investing in cryptocurrencies because they like their decentralised character and the fact that they are not susceptible to inflation the way ordinary money is. Cryptocurrencies are legal in the United States, although several countries have banned their use.  These include China, Iran, Bolivia, Nepal, Bangladesh, Ecuador and Morocco.

There is no doubt that cryptocurrencies are volatile and risky. The transactions are irreversible, unlike in regular banking transactions. They are anonymous. There are no regulators. For all you know, at the end of the transaction, you be doing business with a fraudster, child molester or terrorist.  The world’s greatest investor, Warren Buffett, dismisses cryptocurrencies as a worthless delusion and “right poison squared”. He has always counselled value investors never to invest in what they do not know. Buffett obviously understands neither technology nor the cyber world.

Instead of our CBN shutting down cryptocurrencies altogether, I would have hoped that they would tap into this sector for what it’s worth. The Bank for International Settlements, the international organisation that coordinates the policies of central banks across the world, recently came up with a framework for monetary authorities to develop central bank digital currencies. The BIS has been in conversation with the American Federal Reserve, the Bank of England and the European Central Bank regarding that agenda. The emerging consensus is that central banks could indeed develop their own digital currencies as a complement but not a substitute, for existing legal tender currencies. Bank Sverige, the Swedish central bank, is already working on developing its own digital currency, known as the “e-krona”.

The rise of the new economic powers is reshaping the structure and physiognomy of international monetary order. The United States and the advanced industrial nations have set the printing presses rolling by way of Quantitative Easing to solve their financial predicaments in a time of turmoil. Speculators know that sooner or later, something will have to give. The flight to safety in gold and the emergence of cryptocurrency are among the many ways in which rational economic actors aim to protect their assets in bleak times. According to the World Economic Forum, Blockchain technology is set to explode by a staggering 295,7662% by 2027, leading to the creation of $8.6 trillion in new wealth, which is about the combined GDP of Japan and Germany. Cryptocurrencies and associated Blockchain technologies can no longer be ignored.

At a time of high unemployment, spiralling inflation, weakening naira and worsening life-chances, some of our enterprising youths have found new opportunities in cyberspace. The wisest thing to do is not to bury our heads in the sand like the proverbial ostrich in the desert. Rather, we must adopt a rational-scientific attitude of tapping into what is advantageous while curbing what is negative ordeleterious.

We need a technical study on cryptocurrency and the implications for monetary policy while taking on board global best practices from other central banks and the way forward.