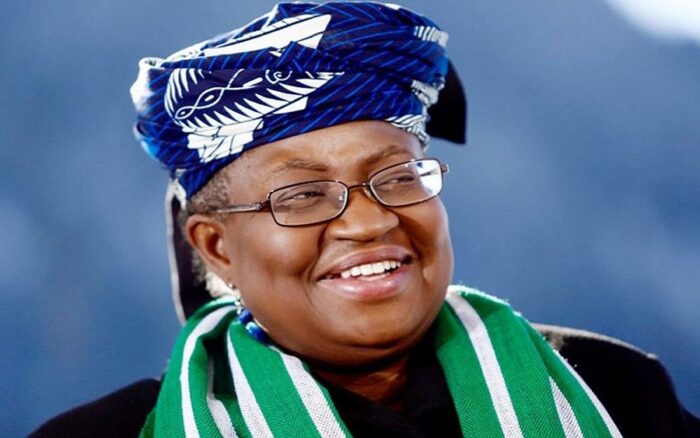 In the coming days, Nigeria’s former Finance Minister and Coordinating Minister of the Economy, Mrs Ngozi Okonjo-Iweala, will be having a sure foothold on the director-general position of the World Trade Organisation. Okojo-Iweala, a nominee of President Muhammadu Buhari, has arguably remained the most qualified of the now one man standing list. Owing to her deep knowledge of world trade and unmatched experience acquired in various fields of financial and diplomatic related endeavours, Okonjo-Iweala has conquered all odds, first making the list of remaining eight to five shortlisted hopefuls for the prestigious seat, down to two, and now expectedly, one.

Okonjo-Iweala’s sure foot on the coveted throne is made possible by two incontrovertible factors. One is the withdrawal of South Korea and its candidate, Yoo Myung-hee after months of wide speculations. The second is the endorsement received by the government of the United States of America led by the one month president, Joe Biden.

Recall that prior to the present when the government of former President Donald Trump was in power, the Nigerian candidate had the worst of times as America became a thorn in the path of her enthronement. But with the coming of the Biden administration, the coast looks clear for the top finance guru to ascend the top job.

After thorough consultations, the WTO had announced that five out of eight candidates for the post of WTO Director-General will advance to the next stage of the selection process. They are Nigeria’s Ngozi Okonjo-Iweala, Republic of Korea’s Yoo Myung-hee, Amina C. Mohamed from Kenya, Mohammad Maziad Al-Tuwaijri from Saudi Arabia and Liam Fox who was nominated from the United Kingdom. These candidates made it to the round as a result of receiving “the broadest and deepest support from the WTO membership.

However, the likes of Jesús Seade Kuri from Mexico, Abdel-Hamid Mamdouh from Egypt and Tudor Ulianovschi Moldova lost out, and will not advance to the next phase. The candidates were said not to be able to secure the support needed for the first round of three rounds of voting.

As the week unfolded, the remaining five candidates, who were from the initial pool of eight candidates that were shortlisted, were further pruned down to just two candidates after the second round of elimination, and Nigeria’s Okojo-Iweala scaled through, hoping to be announced in November 2020.

Of the five candidates, who slugged it out to replace Roberto Azevedo, who stepped down as the WTO Director-General in August, 2020 a year ahead of schedule, two were Africans. And it was expected that an Africa would take up the mantle of leadership in spite of the nomination of another European

While there was however, no requirement for a regional rotation of the WTO chief position, a general and unspoken agreement points to the direction of the African continent. This therefore, gave an edge to the Nigerian finance guru, given that her closest African rival, from Kenya is a Cabinet Secretary for Sports, Heritage and Culture. Though a lawyer and diplomat, Mohamed’s present position, and some of those hitherto held, put her on parallel line with the coveted post.

As the calls for an African to finally get a shot at running the organization, which has been led by three Director-Generals from Europe, and one each from Oceania, Asia and South America since its creation in 1995, the chances continued to get brighter for Okonjo-Iweala.

But all that were disregarded when the Kenya candidate was eliminated, bringing Okonjo-Iweala face to face against a surprise rival, Korean’s Myung-hee. And with the hostility coming from the US, tension was high regarding where the pendulum would swing.

But Okonjo-Iweala is was naturally cut out for the job, far better than her closest rival.

Iweala’s in-depth knowledge about trade and business endeavours is highly obvious as noted in one of her statements that “if we didn’t have the WTO we would have to invent it.” This expresses her passion for a world single digital market. It is therefore not out of place to say she will run the world body with all sense of diligence when selected.

In an interview she granted African Report, Okonjo-Iweala exposed her deep sense of stewardship and can-do attitude towards revamping the WTO. The medium stated that “She does believe however that the WTO has a role to play in helping countries, often in the South, often in Africa, who have failed to benefit from the global trading system as it is structured today. Okonjo-Iweala said were she to be elected she would push for instruments such as aid for trade, or other mechanisms to help level the playing field.”

It stressed that ‘one policy proposal African countries might appreciate from Okonjo-Iweala, especially given fresh reports of Chinese fishing trawlers plundering West African fish stocks – is the attempt to take swift action at the WTO over what Okonjo-Iweala calls ‘bad subsidies that encourage overfishing’.

In the chat with African Reports, Okonjo-Iweala fielded questions intelligently, prompting one to assume she had held a WTO top position in the recent past. Check out this answer as she was how the WTO deal with the fact that the pandemic has prompted more distrust of global supply chains and a shift back to local production.

“This is one of the most important questions. We will surely have more pandemics and epidemics and how we deal with them with respect to world trade will be important.

“On WTO rules, to some extent, countries can decide on export restrictions, provided it’s temporary, transparent and proportionate and notified, and that they remove it in the end. So we should make sure that this does not become a reason to block trade.

“There are countries that are completely food import dependent. In a situation where some countries don’t have the economies of scale to manufacture either food or medical supplies …. we should have a world trading system that allows them to have access. That does not mean that for other countries who want to take measures to improve manufacturing behind borders of any kind, it shouldn’t stop any country or putting more manufacturing in.”

She explained in more certain terms why the WTO has not concluded a single trade negotiation round of global trade talks since 1995.

“In terms of a major round, the Doha Round has never been concluded and no other major round has been launched. Over time there’s been a growing divide among countries and a lack of trust, not seeing things from the same point of view. But as you look at it, this is not overwhelming. I feel that there’s still room to rebuild that trust, to try and build that consensus and to come to agreements.

“That’s why the WTO needs now a director-general that can work with the members to move forward some critical pieces. The fisheries negotiation, for instance, could be concluded and could be a very important one from several viewpoints.

“It would deal with overfishing, with depletion of fish stocks which is a threat to biodiversity, by getting rid of destructive subsidies that don’t help. And it can also support small-scale fisheries in developing countries.”

It would be recalled that the selection process for the new Director-General started on May 14 when former WTO Director-General Roberto Azevêdo announced that he would step down from his post on 31 August, cutting his term short by one year.

With regards to the guidelines for the third and final stage of the selection process agreed by the General Council on 31 July, WTO General Council Chair David Walker from New Zealand, with Chair of the Dispute Settlement Body, Dacio Castillo from Honduras and Chair of the Trade Policy Review Body, Harald Aspelund from Iceland, conducted confidential consultations with WTO members from 7-16 September 2020 to identify their preferences. On 16 September, the pool of candidates was reduced from eight to five. The results and the next steps in the selection process were announced at a Heads of Delegation meeting on 18 September.

The second phase of confidential consultations has been on since September 24, and is expected to end on October 6 when only two members will emerge. Here, WTO members will be requested to submit their preferences to “the troika” (Walker, Castillo, and Aspelund), following which the field of candidates will be reduced from five to two. At that time, the timetable for the third and final round of consultations will be announced.

According to the WTO, the “ultimate objective of this measured and clearly defined process is to secure a consensus decision by members on the next Director-General.”

According to Wikipedia, Okonjo-Iweala was born on June 13, 1954 in Ogwashi-Ukwu, Delta State, Nigeria where her father Professor Chukwuka Okonjo is the Eze (King) from the Obahai Royal Family of Ogwashi-Ukwu.

Okonjo-Iweala spent a 25-year career at the World Bank as a Development Economist, scaling the ranks to the Number two position of Managing Director, Operations between 2007 and 2011. She also served two terms as Finance Minister of Nigeria (2003–2006, 2011–2015) under the leadership of President Olusegun Obasanjo and President Goodluck Jonathan respectively. She also had a stint in the external affairs ministry as minister.

She is a seasoned economist and international development expert. She sits on the Boards of Standard Chartered Bank, Twitter, Global Alliance for Vaccines and Immunization (GAVI), and the African Risk Capacity (ARC).

Okonjo-Iweala became a US citizen in 2019 after spending several decades working and studying in the United States. Many believe that given the ongoing trade tensions between China and the US, the disclosure may be a contributing factor in shaping China’s attitude towards her considering the trade conflict between the United States and China, the two largest economies in the world.

Among an avalanche of high class honours trailing her, Okonjo-Iweala is also the founder of Nigeria’s first indigenous opinion-research organisation, NOI-Polls. She also founded the Center for the Study of Economies of Africa (C-SEA), a development research think tank based in Abuja.

In 2012, Okonjo-Iweala contested for Presidency of the World Bank. She lost to Jim Yong Kim. But today, everything is equal, and Okonjo-Iweala is sure to emerge the Director General of the World Trade Organisation, the first female to ever hold the position.

Culled from The Boss Newspaper