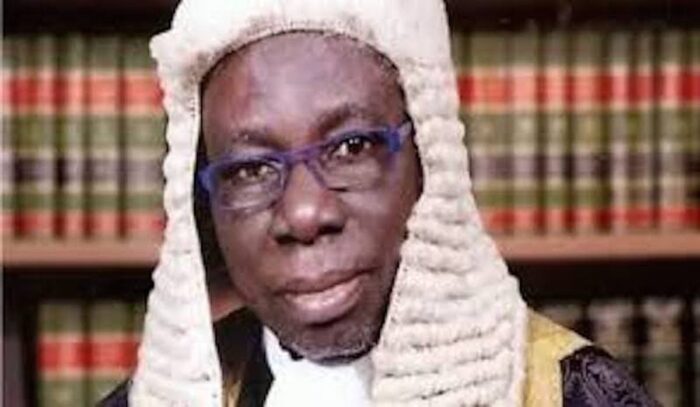 Not Minister of Education, not of Transport, not even of Justice nor Attorney General of the Federation – all pre-eminent positions of authority, of honour and of service.

But that was not how the common folks of his land, the Igala land of Kogi State, knew and identified Alhaji Abdullahi Ibrahim from Okaba in Ankpa Local Government of Kogi State who had, at various times, occupied all the aforementioned positions.

For his fellow Igala compatriots, the title of SAN, Senior Advocate of Nigeria, with the prestige attached to it, was an honour worthy of their distinguished son especially when such honour, because of its novelty, was a rare commodity.

For them, it was like their collective entitlement, a common patrimony to be shared by all with pride.

But not without justification. Not only was Abdullahi Ibrahim the first Northerner to be invested with the title of SAN in 1982, but he also became the first from the North to serve the country as Minister of Justice and Attorney General of the Federation. He served in the administration of General Sani Abacha in that capacity. General Abdulsalami Abubakar, who succeeded the late Head of State, recalled him to the same office.

In all these positions he discharged his duties and acquitted himself to the collective pride of his kinsmen whose adulation for him continued till last Sunday when he breathed his last on earth. And then, the adulation spontaneously turned into an outpouring of grief with the whole nation in mourning.

That alone is enough testimony to the character and the personality of the late Abdullahi Ibrahim who, among other numerous things, was chairman of Body of Benchers. At 82 years, he lived a fulfilled life.

When he completed his elementary school in his native land, he gained admission to Government College, Keffi in 1953. He finished in 1958 with flying colours With Northern Nigerian scholarship; he proceeded to City Technical College, Gloucester in England for his GCE Advanced Level between1959 and 1961.

Students, then and even now, nurse ambition of what they want to become in the future and work diligently to realize that ambition. As a student, young Abdullahi was not an exception. He had set his eyes on becoming a D.O, an administrative officer in charge of a district or division following the pattern of the colonial overlords of yore. According to his authorized biography, written by his learned brother, Professor Yemi Akinseye George, Abdullahi had wanted to be a D.O to “make a positive impact on the lives of the ordinary folks and contribute my humble quota to the development of my country.”

As it turned out, destiny played some trick on him. He did not become a D.O. To start with, he did not read Political Science, which was his preferred course in the university. He met his tipping point when his former principal and mentor came to visit him in school. The former principal, Mr. A.P Waters, had by then, left Nigeria for Sierra Leone. When he went back home to England on his annual leave, he paid a visit to Abdullahi his former student. While the latter was seeing off his mentor to the nearest train station, the issue of career cropped up. Abdullahi cheerfully confessed his pet dream. He was going to read political science with the ultimate goal of becoming a D.O on return to Nigeria. But the former teacher, retaining his penetrating insight into the character of his young student of whom he was still very fond, told Abdullahi point-blank what he thought of him: Ibrahim, said Waters, as if carefully pouring cold waters on the young man’s burning desire, “ you can’t be an administrator. You are too blunt for that.” An administrator, he said, must, among other qualities, be able to conceal his feelings as occasions demand. He did not see the blunt Abdullahi in that mold.

And that did it. As an obedient student, Abdullahi changed direction but not his destiny. He read law and was called to the English Bar in 1963. The following year, he was called to the Nigerian Bar. With that, he had set his foot firmly on the path he had dreamt of – the path of maximum impact on the lives of the people, serving his country to the best of his ability.

He had the modest ambition to contribute his humble quota to the development of his country, but God gave him more than a handful of opportunities to do more than that.

Starting out as assistant legal adviser at the Ministry of Finance, Northern Regional Government, it did not take long for him to realize that the drudgery of bureaucracy was not in harmony with his ambition and his temperament. But he did not call it quits immediately. He took his time to prepare for a glorious future in private practice.

In the meantime, he kept himself busy as a legal adviser at the New Nigerian Development Company, the senior state counsel, and head of prosecutions at the Ministry of Justice, Kano.

But don’t forget the gift of prescience or the prophecy of Mr. Waters. His prophecy, that being an administrator was not the best thing for Abdullahi, was partially fulfilled in Kwara State. The state was one of the 12 states created by Head of State General Yakubu Gowon in 1967. Colonel David Bamigboye, the military governor of the state, had invited Barrister Abdullahi Ibrahim in 1973 to come and serve in his cabinet. Legends had it that it took him three months to make up his mind. After some persuasion from kinsmen and close family members, he eventually reported for duty as commissioner for education. About three months later, he threw in the towel and went back to his private practice.

On December 31, 1983, the Shehu Shagari administration was toppled in a military coup. By New Year day, January 1984, Major General Muhammadu Buhari was named the Head of State. From the first broadcast of the Head of state, something told me the regime would look for serious people to help it to realise its objectives.

Within that week, Barrister Abdullahi Ibrahim showed up in my office at National Concord located between the local airport and the international airport. He was coming from the international wing where a tribunal was probing the crash of a Nigeria Airways plane.

We had small talks as he was hurrying to catch a flight to Kaduna. I told him I had a feeling that this new government would look for decent people like him to come and serve. In the event they approached him, I pleaded that he should not turn them down. This was against the background of the Kwara episode. Then we parted. The following day, he called me from Kaduna to say I was more or less prophetic. A letter from the Supreme Headquarters was waiting for him in Kaduna. And it was a request for his service.

Though at no time did he become a D.O, but he had ample opportunities to serve Nigeria and have a major impact on the lives of the common folks. And he did so with exemplary integrity with a high premium on probity and accountability and superlative regard for principle. Though he moved in the circle of the high and the mighty, he found time to mix with the common people, the real grass-rooters, his own root where he suffered no disadvantage or discomfort, sitting and dining with them on the bare floor.

The life of Abdullahi SAN was a study in humility and service. May Allah forgive his shortcomings and grant his soul Al-janat Firdaus.