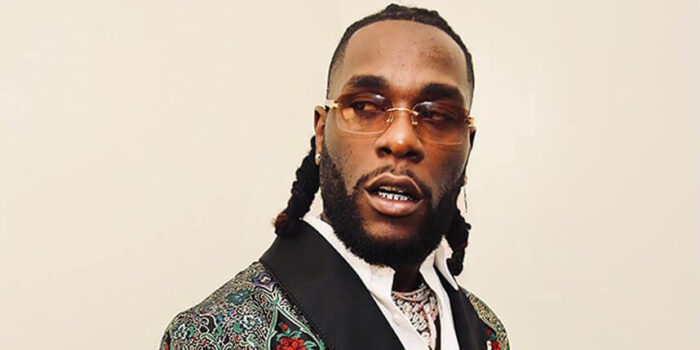 Burna Boy in 2020 showed no signs of slowing own as he continued to dominate the music scene in Africa.

With the international recognition he has gotten from 2018 till date, Burna boy is now head and shoulders above all the Nigerian music superstars and rising talents.

Burna Boy easily standouts and has made his name a household name on the Nigerian and global music scene.

In an interview with New York Times, shortly before the release of his fifth and Grammy-nominated studio album, Burna Boy, who admitted to being a juvenile while on the streets of London, said, “I’ve never picked up a pen and paper and written down a song in my life.

“It all just comes, like someone is standing there and telling me what to say. It’s all according to the spirits. Some of us are put on this earth to do what we do.”

Last year, the “African Giant” collaborated with global music moguls like Timbaland and P.Diddy on his fifth album – Twice as Tall as he pursues his second attempt at a Grammy Award ahead of 2021. All over the world, Burna Boy made his presence felt with his music.

Burna has been around for a decade. There is a saying that the cream always rises to the top. That is the story of Burna Boy. His name might have become very popular in 2018 but he has been around several years before then. Born Damini Ebunoluwa Rex Ogulu in Port Harcourt, the irrepressible 29-year-old has continued to pursue greatness since the release of his debut album, L.I.F.E, which sold over 40,000 copies on the first day of release under Aristokrat records.

In 2019, he won Best International Act at the 2019 BET Awards, Album of the Year at 2019 All Africa Music Awards with his fourth studio album, ‘African Giant’. In the same year, the album was nominated for Best World Music Album at the 62nd Annual Grammy Awards. In 2020, he was awarded the African Artiste of the year at the 2020 VGMA’s and is currently on a second attempt at winning a Grammy with his fifth studio album, ‘Twice as Tall.’