Home Columnist Amos Omotade-Sparks, a man on a mission 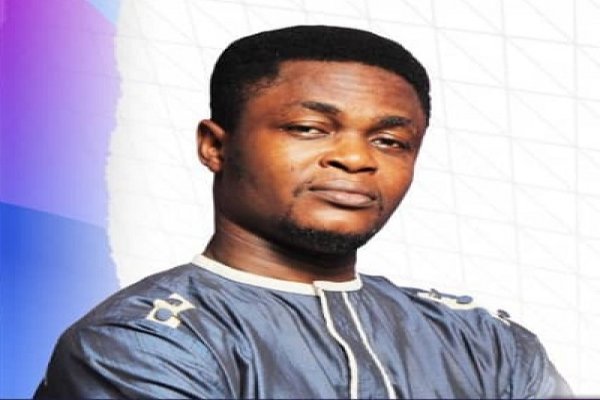 According to the 35 year-old, it is a Cryptocurrency that uses Pinkoin as its currency that will pay every single Nigerian N120,000 ($300) monthly. Inskation is a Decentralised Autonomous Organisation (DAO).

Since he launched this life changing programme in 2019, like a moving train, Daddy Ink, as he is fondly called seems to be is unstoppable.

Despite smear campaigns, he remains resolute in changing the course of the people. Nigerians from all walks of life are beginning to welcome his ideas.

According to Johnson Babatunde, Daddy Ink has opened his eyes to a new world. He said “How I wish more and more people would listen to him. We all can have better lives if only we work together. That is his simple message.”

Another follower of Daddy Inks Musa Ashiru from Kwara State said, “Whenever anyone is trying to lift Nigerians out of poverty, there will always be people who would kick against it. Those who want the status quo to remain the same. But a lot of people are wiser now. Everyone who has been following Daddy Inks right from inception know that he is determined in his quest for a better world.

Truly, Omotade-Sparks seems to be a man on a mission. With each passing day, more and more Nigerians are latching on to Inksnation.

Daddy Inks, when he launching Inksnation in 2019 said “iBNaira will make the rich richer and the poor rich, stepping everyone one or two steps up the ladder of riches and it will generate a minimum of $843 Billion in iBReserve (iBNaira’s Reserve) for the government which is very possible because of the human asset population of Nigeria.”

The Inksnation project started in November 2019 and the mass adoption kicked-off in August 2020. The digital currency involves Exchangers who are paying end-users on a daily basis.

He is the CEO of IBSmartify Nigeria Ltd who invented the World’s First Philanthropic Blockchain (InksLedger) and the World’s First Charitable Trust DAO (InksNation) which can end poverty in any country in less than nine months by promoting love, unity, oneness, peace and equitable distribution of wealth.

It is estimated globally that by 2025, 80% of jobs will be automated by machines and artificial intelligence. This will leave a lot of people jobless affecting African Nations the most.

As at October 2020, InksNation has acquired Switzerland Fintech Company to integrate the blockchain into a global cryptocurrency where end-users can use their fund to make purchases through merchants.