Home Columnist How to kill, skin and bury a country – By Obadiah Mailafia 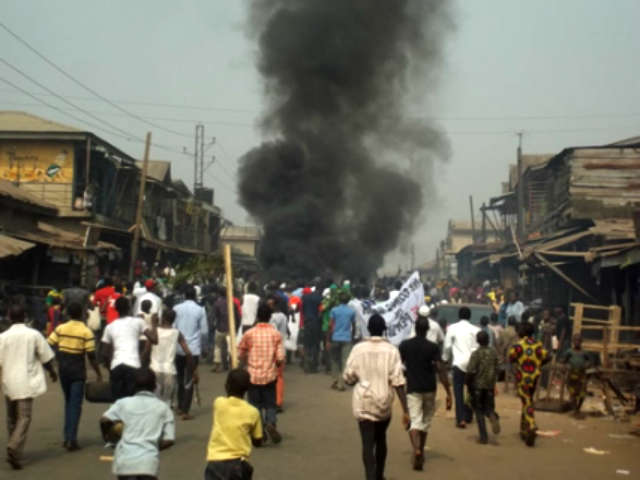 Nothing lasts forever. Except true love as rhapsodised by the poets. Life has taught me that whatever you have to do, do it now and do it with all your might. You must strike while the iron is hot. Because you might never pass through this road again. Today we are here and tomorrow we are nowhere. Across the great vicissitudes of time, nations rise and fall like the tidal waves of the ocean. The historian, Arnold Toynbee, in his epic study of human history, identifies 26 world civilisations. Less than a dozen survive today.

There are no guarantees for nations or civilisations. Hugh Trevor-Roper, who later became Lord Dacre, was Regius Professor of History at Oxford. He wrote a lot of nonsense, notably his infamous obiter about Africa having no history, and whatever could be thought as its history was “nothing but darkness”. But he also proposed the fascinating concept depicting nations as “invented traditions”. He was perhaps echoing the Swiss historian Jacob Burckhardt, who famously described the state in renaissance Italy as “a work of art”. By this he meant that visionaries are always present at the Creation. Burckhardt believed that great states are built with the same vision, skill, panache and passion as Michelangelo painted the Sistine Chapel or as Mozart composed his great symphonies.

Nations are not impersonal abstractions. They are the collective outcomes of individual creativity, vision and purpose. The ancient Egyptians revered the sage Imhotep (“the one who comes in peace”) as the embodiment of their highest genius. Philosopher, mathematician, scientist, architect and mystic, Imhotep was the grand vizier and counsellor to Pharaoh Djoser during the Old Kingdom. King Solomon ruled ancient Israel in righteousness and justice, following the steps of his illustrious father King David. The ancient Greeks looked up to Solon as the founder and law-giver of the Athenian Republic. The Stoic philosopher Marcus Aurelius was one of the most compassionate and fair-minded Emperors that ever reigned over Rome. So was Asoka of Chandragupta India and Akbar the Great after him. So were the righteous Caliphs during the first centuries of Islam.

In the history of the American Republic, I am most impressed by George Washington, James Madison and Abraham Lincoln. I find Elizabeth I, Gladstone, the two Pitts and Winston Churchill to be the brightest lights in the galaxy of English constitutional government. In the Old Continent, I would doff my hat for Konrad Adenauer, Charles de Gaulle, Thomas Masaryk, Vaclav Havel and Angela Merkel. Gandhi and Nehru nurtured a vision of the greatness of India as we know it today. So did Mao, Zhou En-Lai and Deng Xiaoping in China.

Just as it takes individuals to build a nation, it takes individuals to destroy it. The tallest and grandest building in the world today is the 829-metre high, 163-floor neo-futurist Burj Khalifa in Dubai. Built at a cost of $1.5 billion, it took more than five years to build. To destroy that edifice will require just 10 kg of dynamite and a few minutes of controlled explosion. It is far easier to build than to destroy.

The British cobbled together Northern and Southern Nigeria in 1914. They did it to save administrative costs at the eve of World War I. Only six individuals actually signed the Amalgamation document. They are: Siyanbola Oladigbolu, the Alaafin of Oyo; R. Henshaw, Obong of Calabar; Muhammadu Maiturare, Sultan of Sokoto; Abubakar Garbai el-Kanemi, Shehu of Borno; Usuman bin Abdullahi, Emir of Kano; and Sir Kitoyi Ajasa, a lawyer and member of the Legislative Council of the Crown Colony of Lagos. The latter, Sir Kitoyi, was largely an agent of the British.

The majority of Nigerians were not party to the agreement contracted in that historic process. No Eze in Igbo land was ever consulted. No chief from the entire Middle Belt signed up to the treaty. Nobody from the great Bini Kingdom was represented. If someone signed a treaty on your behalf, of which you were not party to and had no knowledge of, that treaty, ipso facto, must be considered to be null and void under international law and all the sacrosanct legal precepts and traditions recognised by civilised nations. The legalists are telling us that the hundred-year lease has ended.

Last week the South and Middle Belt coalition gave an ultimatum to the Federal Government to dismantle the 1999 constitution which they believe to be a fraud. Nations can live with bad constitutions, so long as the leaders exercise restraint while governing with fairness and justice. This is why nobody raised those issues under Olusegun Obasanjo, Umaru Yar’Adua and Goodluck Jonathan. But we live in evil times. A cabal has cornered power to itself and is governing, not in the national interest, but on the basis of nepotism and exclusion. They have imported thousands of armed mercenaries from neigbhouring countries and have allowed them to wreak havoc on a staggering scale. They have killed our people, raped our women and desecrated our ancestral homelands.

Many believe that the current incumbent of our high magistracy is suffering from advanced dementia. The cabal have used the opportunity to commit grand larceny with the wantonness of drunken sailors; borrowing billions of dollars to build railroads and refineries in neighbouriing countries, for which future generations will have to pay through their noses.

We are today the third most terrorised country after Afghanistan and Somalia. Hunger and despair stalk the land. In creating Boko Haram, Fulani militias and the bandits, our Arewa elite aimed to create hegemonic system of rule anchored on fear. They have unleashed a Frankenstein’s monster that now threatens to devour us all. The Arewa of my birth, with its green and pleasant air, has become a godforsaken desert wasteland of beggarliness and sheer destitution.

In early August, the commander of U.S. Special Operations Command, Africa, AFRICOM, General Dagvin Anderson, warned that al-Qaida and global Jihadist groups had already gained inroads into Nigeria and other African countries. He also revealed that they were sharing such intelligence reports with our authorities so that they can take requisite action.

Our enemies are not only local; they are as far afield as Turkey, Qatar, Iran and other rogue nations. Not too long ago, container loads of arms shipment from Turkey were intercepted by our customs officials. A Lebanese vulture was also found with a huge cache of arms in the basement of a supermarket in Abuja. As happens with such cases, the matter was swept under the carpet. No bandits and Boko Haram or Fulani herdsmen militias have ever been tried and convicted under the full glare of the criminal law. If this does not look like official collusion, then I don’t know what it is.

Sadly, we have reason to believe that there are some world powers whose geostrategic objective is for our country to become a comatose elephant like DRC. They would celebrate with glee if Nigeria were to disintegrate tomorrow.

Clearly, it doesn’t take much effort to destroy a country. Perhaps without meaning to, this is what the current administration is doing. The emerging reign of fear and collective anomie is generating anger and embitterment among our populations; among ancient warrior tribes that had never been conquered by Jihad. They are not about to lie down and die. It should not surprise anyone that the ghosts of Oduduwa and Biafra have been resurrected.

I am a Nigerian patriot. I innately believe that ours is a high and noble destiny. But I am also aware that it is so easy to destroy a country through incompetence, folly and bad faith. Our 206 million people stare at a bottomless abyss; where everything we hold most sacred could go up in a bonfire of the vanities.

Let the true patriots stand up and be counted!