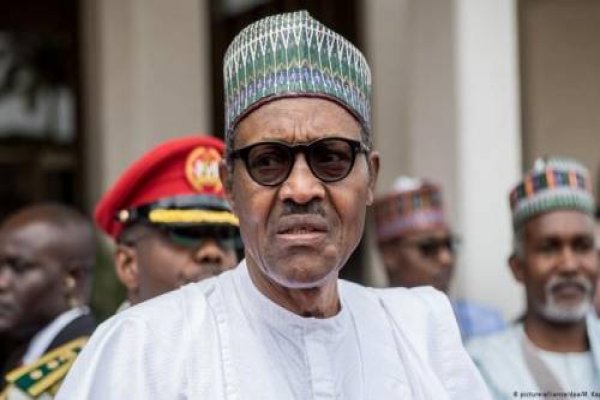 Northern Elders Forum (NEF) is calling on President Muhammadu Buhari to resign for failure to combat increasing insecurity in the country.

The call came just as the Senate rose from a marathon debate on last Saturday’s beheading of over 67 farmers in Borno State, declaring that the Federal Government had breached Section 14 (1), which made security and welfare the sole purpose of its existence.

The fury in the red chamber reverberated in the House of Representatives, where members, piqued by worsening insecurity in the polity, moved to summon President Muhammadu Buhari to appear in the House over the killing at Zabarmari village, in the Jere Local Government area Borno State.

Northern Elders, in a statement on Tuesday by its Director, Publicity and Advocacy, Dr. Hakeem Baba-Ahmed, noted that life had lost its value under the present administration due to the absence of political will to fight the Boko Haram insurgency and other threats such as banditry, rustling and kidnapping.

Referring to the massacre of innocent farmers in Zabarmari, the Forum regretted that Buhari had failed to listen to concerns from many Nigerians about the level of insecurity in the nation.

It lamented that killings had been greeted by “most insensitive response” by spokespersons of the President and described as a lame excuse that murdered farmers did not seek permission from the military to harvest produce.

“These killings and the reality they expose will make relocation of citizens and resumption of economic activities a lot more difficult to achieve even for leadership that attaches priority to them, and this administration does not. Elsewhere in many parts of the North, many farming communities have not been allowed by bandits and kidnappers to plant crops,” the statement read.

The Forum warned of imminent famine in the face of limited production of food in the region.

“Under this administration, life has lost its value, and more and more citizens are coming under the influence of criminals. We do not see any evidence of willingness on the part of President Buhari to honour his oath to provide security over Nigerians. In civilised nations, leaders who fail so spectacularly to provide security will do the honourable thing and resign,” he added.

At the Senate, lawmakers condemned President Muhammadu Buhari for failing to fire the nation’s service chiefs as demanded in the past.

Senators argued that the continued retention of the military top brass by Buhari implied the President as the Commander-in-Chief of the country had failed in his most primary assignment of securing the nation.

They made the declaration while adopting a motion sponsored by a former Borno State Governor, Senator Kashim Shettima.

Senate equally adopted the position that any government that could not discharge the basic obligation of securing citizens was not worthy of legitimacy.

Rejecting the figure of 43 earlier released as the number of slain farmers, the upper chamber said it got a more authentic figure of 67 from residents of Kwashabe village in Zabarmari, where the killing took place.

It also urged Buhari “to take immediate steps to restructure, remodel and revamp the security architecture and provide modern weapons and equipment to combat the insurgents.

The Federal Government, it stated, should “aggressively explore multilateral and bilateral options of partnership with neighbouring nations of Chad, Niger and Cameroons towards reviving and strengthening the multi-national Joint Task Force and finding a lasting solution to the scourge of insurgency in the Lake Chad region.”

It also asked the Federal Government to recruit, urgently, no fewer than 10,000 civilian JTF, versatile with the local terrain in the state, to complement the efforts of the Nigerian armed forces.

PRESENTING the motion on the floor of the Senate, Shettima, who was governor of Borno State for eight years, said over 40,000 people had been killed in 10 years by insurgents, adding that over 2.5 million people had been displaced, with thousands of security agents killed.