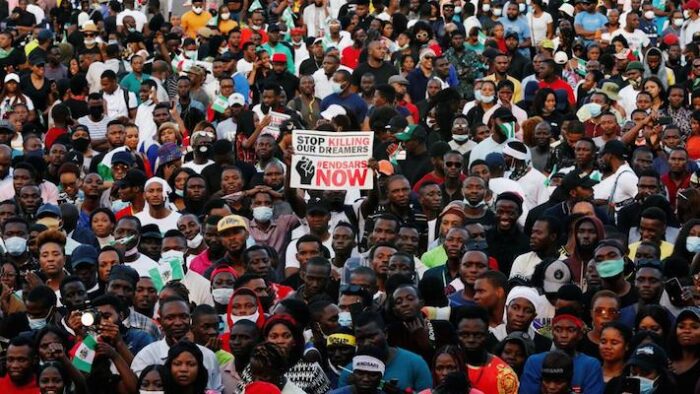 When the Nigerian government began the process of deregulating the Telecommunications industry in 1992, it created the conditions that brought in private sector participation and competition to an industry where previously there had been only one government owned company with full monopoly rights. Nigeria Telecommunications Ltd (NITEL), much like most government run enterprises then and now, was characterized by poor services, complaints and with only approximately 700,000 fixed lines, was unable to meet the growing demand for telecommunication services in Nigeria.

By 2001, with the coming of the Global System for Mobile  Communications (GSM), the government began to award licences to private sector operators. Today, $18 billion plus of investments later and millions of direct and indirect jobs created, the Telecommunications sector as of the 2nd quarter of 2020, now contributes 14.3% to the country’s GDP, more than that of Oil and Gas.

What this tells us is that we already have an example template (that can be applied directly or modified for other industries) on how a government that is sincere in its desire to create jobs for its unemployed youth can do exactly that. The story of the deregulation of the Nigerian Telecommunication industry shows what can be achieved when the government gets out of the way of private sector participation in the economy and focuses on creating the enabling environment that attracts investment. I am talking about privatisation (in addition to deregulation) and the transfer of government run commercial assets into the hands of private sector participants who have the skills and expertise to run them better. It will reduce the dominant role of government in the economy, bring in badly needed investment, improve efficiency and most importantly reduce opportunities for corruption in the public sector by shrinking the scope of entities that can be used to support it.

This is exactly the type of economic policy transformation we need to generate jobs for our youth. What we do not need, at least as the centrepiece of any job creation strategy, is the announcement of a headline seeking government initiative like the Nigerian Youth Investment Fund, which masquerades as the solution to a problem caused by a faulty foundation.

The Nigerian Youth Investment fund was launched by the Federal Government with the stated objective of generating at least 500,000 jobs by 2023.Only those falling in the 18-35 age demographic are eligible for the fund, ironically locking out anyone over 35 who could also be capable of creating a business that could generate jobs for the youth. Funding of the initiative is being provided by the Central Bank which under the leadership of Godwin Emefiele, has become heavily politicised and is very close to the inner circle of the Buhari administration. 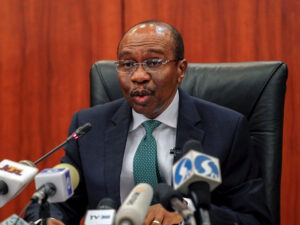 Godwin Emefiele under fire for freezing account of #EndSARS ‘promoters’

The lead implementation entity is the Federal Ministry of Youth and Sports Development, another arm of the Federal government. Given that the main problem with the Nigerian economy is the federal government’s overbearing, dominant control of it, and that this initiative only serves to compound that problem not address it, logic dictates that it will go the way of other previous initiatives that have had no impact on the stubbornly high youth unemployment rate that persists in Nigeria today.

According to the National bureau of statistics, in the second quarter of 2020, Nigeria’s combined unemployed and underemployed rate stood at a 55.7%, over half the population. Of this, 40.8% of the unemployed were youths between 15-24 years, followed by youths between 25-34 years at 30.7%. This translates to a total unemployed youth population of 13.9 million, more than that of Guinea, the 8th most populous country in West Africa.

President Buhari, speaking at the inaugural National Youth day celebration on 1st November 2020, mentioned a host of development initiatives already available to youths: the Youth Enterprise with Innovation in Nigeria (YouWIN) in 2011, the Graduate Internship Scheme (GIS) in 2012, N-Power in 2016, Youth Entrepreneurship Support (YES) Programme in 2017, the Not too young to run Bill in 2018, the Nigeria Youth policy in 2019, Digital skills entrepreneurship, employability and leadership mentoring in 2019, the Young Farmers Initiative in 2020 and the Presidential Youth Empowerment Scheme in 2020. To this we now add the Nigerian Youth Investment fund.

Has any of them actually made an impact on the high youth unemployment rate we see today? Between 2018 and the 2nd quarter of 2020, youth unemployment rose by a staggering 34.9%. This indicates a rising trend and confirms that none of the youth initiatives introduced prior to or after 2018 have had a noticeable positive impact on the headline unemployment rate over the period to 2020. You cannot keep doing the same thing and expecting a different result unless the result you are getting is the result you want. Government crowding of the economy persists in Nigeria because of narrow self interest at the expense of national interest. It is the reason why you enter into politics in the first place so that you can become a minister, control huge budgets, award contracts and become rich at the expense of the country.

A conveyor belt of well funded initiatives like the Nigerian Youth Investment fund only serves to fuel the corrupt machinery of government. The events triggered by the success of the #EndSARS protest has resulted in the redrawing of the political landscape in Nigeria. It has led to the youths finding their voice and understanding that in unity they have the power to effect real change in their country. Given that they represent over 50% of the country’s population, it is inevitable that they will be courted by every political party contesting the next elections in 2023.

Unofficial campaigning has already started; Posters of Transport Minister Rotimi Amaechi as a presidential candidate for the 2023 elections and Kaduna state Governor, Nasir El-Rufai as his vice presidential running mate, have recently been seen in parts of Abuja. An organisation called the National Consolidation Movement has identified itself as being behind the posters but there has been no comment from either Amaechi or El-Rufai. The recent launch of the Nigerian Youth Investment fund at this time also cannot be a coincidence, nor can the other two youth initiatives introduced by the government this year. What we are seeing is a fundamental shift in the lifecycle of politics in the country. No one is waiting for the official campaign window to open (normally this is three months before Election Day) to signal the beginning of campaign season. The #EndSARS protest has changed all that. Using money to buy votes has become common practice in our elections. 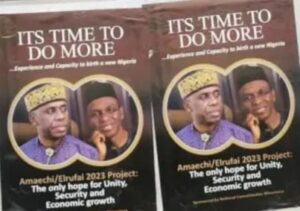 Posters of Amaechi and El’Rufai in Abuja

The Nigerian Youth Investment Fund, with its lax criteria for eligibility could easily be a convenient front for government to use to deploy money directly to the youth population in exchange for loyalty. More stringent criteria for eligibility would have convinced me that it was not and that here was a genuine attempt by government (albeit inadequate) to attempt to tackle the youth unemployment crisis in the country. Failure to mention such items as Business Plans or Personal CVs as part of applicant submission requirements (both are critical items for risk based decision making on loan disbursements) suggest to me that government has ulterior motives for launching this fund. What I see here in terms of loan disbursements is an incoherent strategy that favours quantity over quality rather than quality over quantity. In my opinion it would be better to give the N75billion naira to a few hundred carefully selected entrepreneurs with the potential to build businesses that generate jobs, rather than to distribute the money amongst thousands and thousands of poorly selected, inexperienced and under skilled youths, as seems to be encouraged by the funds eligibility rules?

My other concern is the funds qualifying age which starts from 18 years and also happens to be the voting age in Nigeria. This seems inconsistent with the purpose of the fund which is focused on creating and supporting entrepreneurs to positively impact youth unemployment. Does an inexperienced 18 year old have the sector experience and skills to be a good bet for building a successful enterprise? Given the high failure rate of new businesses in Nigeria (an average of 61% between 2010 and 2018) it would appear that the odds for success in such a challenging environment are not likely to be in an 18 year olds favour. Inconsistency of government policy, inadequate skills, high cost of registering businesses and insufficient access to funding are the main reasons given for the high failure rate of new businesses in the country.

The Nigerian Youth Investment fund attempts to solve the problem of finance but without seriously addressing the other issues new businesses face, how can it even hope to achieve any of its stated objectives? It shows that the causes of youth unemployment are multifaceted and interrelated, many of them linked to problems in the wider economy that embrace education, health, infrastructure, power, security, governance and many other aspects of an oppressive operating environment designed by government to frustrate the economic empowerment of the masses. All need to be tackled simultaneously in one coherent policy otherwise the chances of reversing the existing high unemployment rate in a sustainable manner will not be achieved.

High youth unemployment is probably one of the biggest security challenges facing Nigeria. Instead of government doing what it should be doing to turn the situation around, it continues to bury its head in the sand by concentrating its efforts on attempts to regulate social media, going against the constitutional rights of individuals by seizing their passports, directing the “independent” CBN to instruct commercial banks to freeze the accounts of known #EndSARS organisers and threatening the youth with severe reprisals if they go out on the streets and protest again. The impact of these actions in terms of messaging will not help the governments cause simply because it reinforces negative perceptions about their sincerity. They appear out of touch with general sentiment in the country and in the Nigerian diaspora at large. There is a failure to understand that strong arm tactics and force will not work this time to stop the forces of change that have been unleashed by the EndSARS protest.

The youth have awoken and they are the dominant demographic in Nigeria’s population. They can no longer be ignored, dictated to or bribed with cash from dubious initiatives that plaster over fault lines in Nigeria’s social fabric. The Buhari administration, including its party APC, along with other political stakeholders, will need to adapt to the new environment else they risk becoming irrelevant in the future conversations that must now take place about Nigeria’s future leading up to the 2023 election.