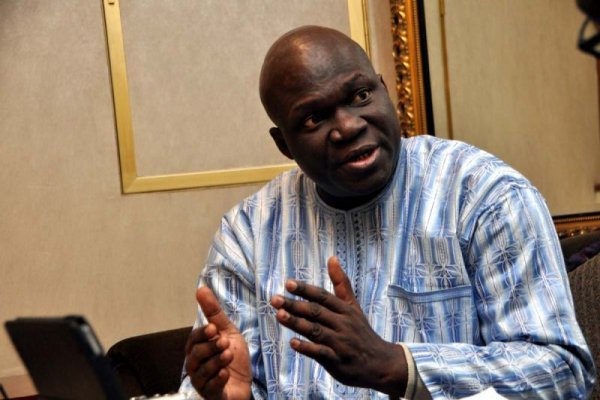 Abati, a former Special Adviser on Media and Publicity to President Goodluck Jonathan, has inspired many Nigerians through his writings.

On Twitter, a social commentator Waziri Adio, with his handle @Waziriadio , tweeted “Happy 55th birthday, Dr. Reuben Abati. Many happy returns, with all the great things of life.”

Founder of #EndSARS and human rights activist, Segun Awosanya, popularly known as Seglink also wished the legendary writer a happy birthday. Awosanya through his Twitter handle wrote, “Happy birthday distinguished @Abati1990. You remain an inspiration to us all. #HeroesNG.

Another Twitter user @gbemy01 said“ You’re a great leader and I wish you have an amazing birthday and a glorious year ahead. Happy Birthday to you, mentor”

Abati is a also television anchor. He was the PDP’s Deputy Governorship candidate in Ogun State for the 2019 Guber election. Abati was Special Adviser on Media and Publicity to President Goodluck Jonathan of Nigeria between Year 2011 and 2015. He was previously a newspaper columnist and the chairman of the editorial board of the Nigerian newspaper The Guardian from 2001 to 2011.

He was a graduate of Theater Arts from the University of Calabar. Equally importantly, Reuben Abati is a Senior Research Associate with the Olusegun Obasanjo Centre for Cultural Studies and National Open University of Nigeria (NOUN).

After his stint in government, Reuben Abati returned to journalism, writing his regular two columns in The Guardian newspaper (Friday and Sunday). He subsequently moved to ThisDay newspaper where he now writes a Tuesday column titled TuesdayWithReubenAbati. He also runs a website: reubenabati.com.ng, and posts regularly on instagram and twitter as @abati1990. He is actively engaged as a consultant on media and public policy issues.